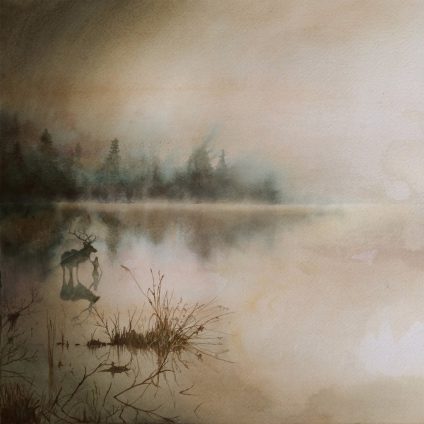 There are some records I have been waiting for a long time, such as Blackguard’s troubled Storm. Others that are in progress but aren’t near to being done such as the next Wax Idols, for example. Then there are bands like Icelandic rock band SÓLSTAFIR who I don’t follow super closely but am certainly a true fan of. Everything they have done has been stellar and moving stuff, like a kind of Sigur Rós with black metal roots.

I met a film director the other day rocking one of their t shirts and we had a spirited discussion about how great they are. This made me also recall that they had sorted some inner band issues and have a new record almost upon us. In fact, it is called Berdreyminn and is due this May 26th! This one seems to also explore some more of their hard rock influences, but in very non conformist ways.

SÓLSTAFIR recently unveiled all of the stunning new music from Berdreyminn. The album stream appears alongside an interview with vocalist Aðalbjörn Tryggvason at Noisey. Dive into another special experience from this smart and original group pushing the boundaries of our scene now.