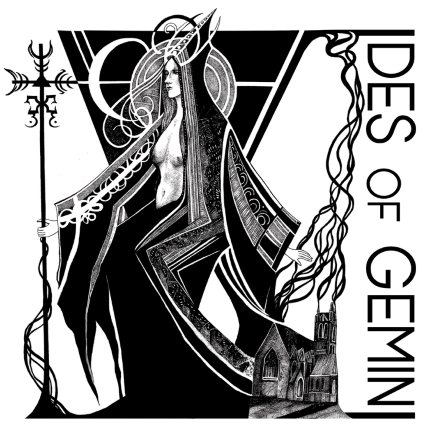 Oh, such a shame.

Due to a medical injury sustained by drummer Kelly Johnston-Gibson, West Coast sound enigmas, IDES OF GEMINI — who are currently in the midst of a tour with acclaimed indie rock unit, the Mountain Goats — are unable to play their forthcoming New York shows.

In an official band statement: “Due to Kelly’s injury, we will be unable to play the scheduled NYC shows with the Mountain Goats at Webster Hall (tonight) and the City Winery (Saturday and Sunday), as well as our scheduled headlining show at Saint Vitus Friday with Kosmodemonic and Steve Brodsky. With a few days of rest and a little luck, we’re hoping we can rejoin the Mountain Goats tour in Philadelphia on Monday night.”

Hopes for a speedy turn around. Great band. Their Magic Bullet Records new 2 song “Carthage/ Strange Fruit”- which is out April 18th for Record Store Day- is insanely gothy, triumphant and majestically good. I heard an advance.All copies are pressed on limited edition, one-time-only runs of clear and black vinyl. The title goes immediately out-of-print after Record Store Day. Exclusive cover art by Jas Helena (seen above), and music that will stay with your for possibly ever.