Immortal to release All Shall Fall vinyl 10″ box set 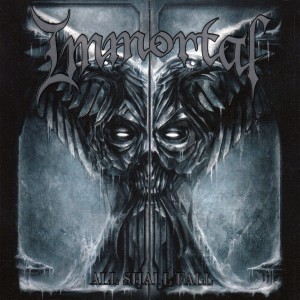 Black metal staples Immortal just announced that they’re going to a release a limited edition 10″ vinyl box set of their last record, All Shall Fall, which was released back in 2009. The set will be limited to only 3x 333 copies (black, white, silver) and will be released on July 5 via Nuclear Blast Records.

All Shall Fall was released in North America on October 6, 2009 via Nuclear Blast. The album was recorded at Grieghallen and Abyss studios in Norway and Sweden, respectively.