In Flames confirmed for Wacken 2012 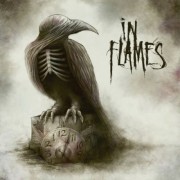 Swedish metal band In Flames have recently announced that they will  headline the Friday date of  the Wacken Open Air 2012 festival in Germany.

“We are happy to announce that we will headline the Friday night at Wacken 2012. It’s gonna be great. Expect loads of pyros, loads of good music and five beer drinking heavy metal guys on stage.”

In Flames is currently on the “Defenders of the Faith 2011” tour along with Trivium, Ghost, Rise To Remain and Insense. They will tour North America with Trivium, Veil Of Maya, and Kyng in early 2012 before heading for Australia’s Soundwave Festival tour as well as embarking on Scandinavian club tour in April/May 2012.

The band’s latest release “Sounds Of A Playground Fading” was released in June via Century Media.