In Studio Report: Turbid North – Follow up to “Orogeny” in the works 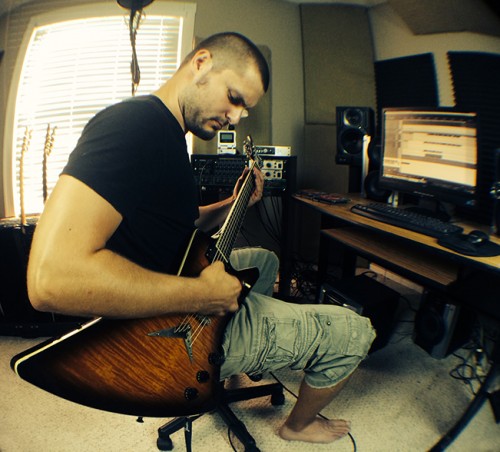 Turbid North came on the scene a few years ago with their Unearth approved Orogeny release and quickly won me over as a fan.  Death metal with a real focus on impact and thick tones, the group has made both Alaska and Texas their homes during the course of their journey. Now settled in the Ft. Worth area for some time, the act have been buckled down in guitarist Nick Forkel’s studio working on an anticipated follow up from the respected act.

Not newbies to the scene at this point.but still a ways to go before they are a bigger name, Turbid North are at an interesting crossing. Will they make a great follow up and gain the wider recognition that they deserve, or will they stay at about the same level and just keep on releasing great death metal to those converts already part of the flock? It is to soon to say, but either way the band are fucking awesome.

Click here for an update via this  in studio report with Nick Forkel and new guy, drummer Jono Garrett. 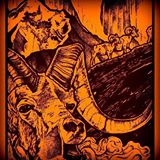 How long have you been working on the follow up to Orogeny?

Nick:  Its been about a year and a half since we started, which is a little deceiving because it’s been an off and on again process.  We would be writing for a couple months, then our jobs or something else would come up and we’d have to take a few months away from it.  We had also just got Jono in the band and that took a few months for us to ‘gel’ writing wise, but once we did the songs started to take shape.  We definitely ran into our share of obstacles over the last year.  I think we went through 3 different jam spaces while writing this album!  Its been a long process and we are happy to get it out and be done with it already.

Where are you recording the new album?

Nick:  We’re doing the bulk of it at my home studio here in Fort Worth, TX.  We ended up recording the drums in this big empty house that Jono and Chris had been renovating for work.  It had a big living room with hardwood floors, so I put up some wall treatment and setup shop in the bedroom.  The drum sound turned out great, very big and lively.  We’ve since been finishing the rest at my place.

Do you feel the need to concentrate on “writing heavy” or just making the best sound for Turbid North as possible?

Jono:  Being in a heavy metal band, “writing heavy” is naturally going to be a goal.  Its kind of a given and you almost don’t have to worry about that because its already so deeply integrated in the sound. Concentrating on what the songs need to make them something your completely proud of is better time spent. Heavy comes in many forms on this record so we had to give our attention to the details that would produce the results we were after. Things like tone, dynamics, arrangement are what makes this album heavy.

Nick:  I always try to write for the sake of the song, but it usually starts with a heavy riff.  Writing heavy stuff for me is almost like a safe zone though.  It’s easy to think its cool because its heavy, but actually it’s a real challenge to think outside the box sometimes and get out of your comfort zone with it.  With that being said, heavy music is in our blood, so its always gonna show its ugly face in our songs.

Is there a lot of tomfoolery in the studio or is it stone cold business time?

Jono:  One things for sure, there’s no foolery had or serious business taken without the coffee maker running full blast. We put in a grueling schedule tracking the drums on this one and had to keep the wheels spinning.

Nick:  Maybe some beer-foolery afterwards, as long as we nailed a few tracks that day.

What are some things fans can look forward to about the new material?

Nick:  We have 15 songs recorded and they all vary on the musical spectrum.  There’s some real extreme/heavy moments and then there’s some droney/zone out stuff too.
I tried to approach it like we were writing a soundtrack to whatever the song was about.  Its going to be a lot to take in for some, but i will say its epic as hell.  We upped everything that we did on Orogeny. 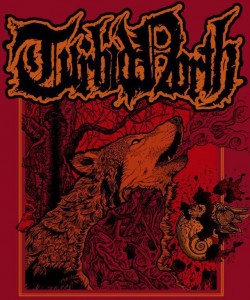 Any music or philosophy that has been coloring your new material or lives lately or does that not really affect the general Turbid North sound?

Nick:  Anything that happens in our lives affects the music big time.  That’s how we write.  It’s all about how we feel at the time.  Lately I’ve been on an old school trip musically, rediscovering a lot of older bands and seeing how the greats did it.  Trying to focus on what makes a song memorable and how i can make it more interesting to the listener.

How do you feel you have grown most as a band the last few years?

Nick:  The last couple years have been pretty challenging for us.  We’ve gone through a whole lot and the one thing that has kept us going is the love for playing music for sure.

Jono:  Yea, definitely challenging at times. Id say individually everyone’s experienced some personal growth which absolutely contributed to the bands growth. Our communication on a musical and personal level has gotten better over time because of that.

How crucial do you think it is for underground bands to utilize social media these days (depending on their goals) to “make it”?

Jono:  Its probably in the best interest of any band trying to “make it” to have connectivity and visibility with the fans, social media gives you that. You definitely want the people who are interested to know if your coming to their town, have new merch, a new album, etc…I think its probably most crucial that you represent the band well when using it and not overexpose yourself to the point of irritation with people. 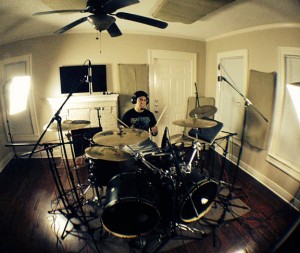