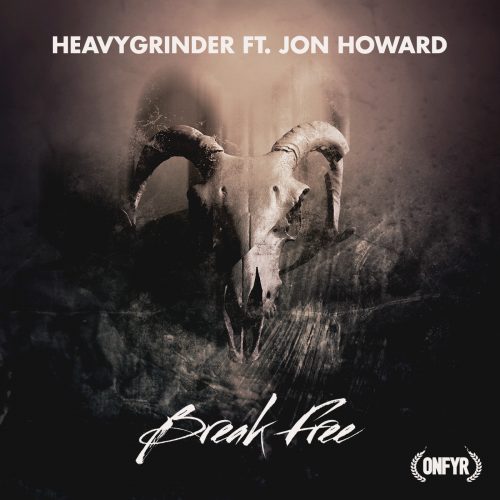 Our friends in Heavygrinder have collaborated on a track with Threat Signal’s singer Jon Howard. HG comments “Break Free is coming out June 8th, as a Beatport exclusive for two weeks, on our very own label, Onfyr Records. It’s actually our debut release and it also marks the beginning of Heavygrinder as a duo. What that entails — besides being two people in the studio — is a revamped live performance that we’ll hopefully bring to the road later this year. But you’ll have to wait to know more!”

For Jon Howard’s involvement she tells me “He wrote the lyrics, came up with the vocal melody and recorded all the takes himself. It was the easiest collaboration possible — he loved the instrumental we sent him from the get go, and we loved the vocals he sent us back just as much. The instrumental took about a week to compose and produce with another for mixing and mastering after we got the vocals. On Jon’s end, it was about a week to get a nice little folder with all the amazing vocal stems ready to rock!”

“Break Free” drops next week, but you can preview it here!

This track is a departure from Heavygrinder’s wubby dubstep remixes and it begs to be part of a Resident Evil soundtrack. MetalRiot did an interview with Jon Howard last year. Here’s what he has to say on performing versus production: “I love both equally to be quite honest, but in different ways. I really enjoy being behind the scenes in my studio creating music, and helping other bands hone their sound. I’m also a big music gear nerd…So I love it. But after a while I get the itch to travel and spread my own music to the masses. Nothin beats screaming in kid’s faces and rockin the fuck out!”