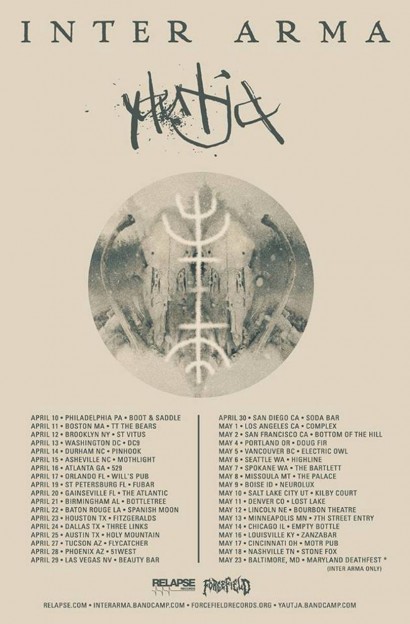 INTER ARMA recently released a critically acclaimed 45+ minute, single song EP entitled The Cavern. Originally written during the summer of 2009, but reworked and perfected over the last few years, The Cavern was recorded in 2013 during breaks from the relentless touring the band did with the likes of Baroness, Russian Circles, Ulcerate and numerous others. The recording was captured with producer Mikey Allred at Dark Art Studios in Madison, TN, the same surroundings and setup that captured 2013’s monolithic Sky Burial. Both records can be streamed via their official Bandcamp HERE.