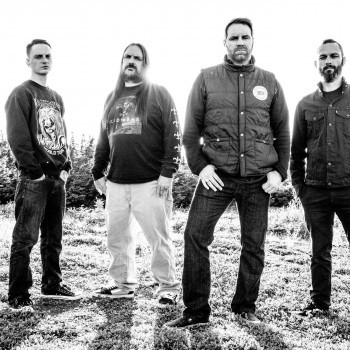 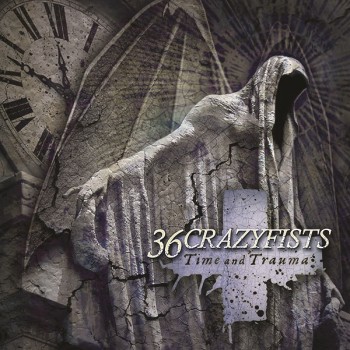 Fave early quarter release of 2015 so far by far (well, this and Crypt Sermon). This might just be your best record, man. How did you emote this monster?

Thank you, I think that we were ready to write an album that was from our point of view one of freedom with i outside influences, we had the content that was very visceral and the time was allowed to carefully craft out the album

My father just passed away from cancer and though you don’t know me, you were really kind and wrote to me offering condolences. That was very cool of you. You mentioned losing a parent recently. How did you move forward after it happened, if you don’t mind me asking?

I’m sorry again for your loss, I’m still coping and learning to manage the loss of my mom. Time has turned the sadness into a fond memorial of her life inside my head. Sometimes with time & trauma in real life, I guess you just have to ride it out.

How does it feel that 36CF keeps a lock on some die hard fans who know how hard you work and how much the band truly believe in metal and hard rock since day one?

Our fans are so loyal to us, we are forever grateful

What were some of the more intense performances to pull out for this record? “Vanish (We All Dissapear”) is really heavy, as with most of the songs, but there’s also so much real feeling behind the screams and melodies. Miles ahead of most bands who are so much more one dimensional.

They all had their challenges but I think “Silencer” took me around the block a couple times before I found melodies that fit that riff monster;)

Do you think the internet has made it easier for genre barriers to fall? It should be ok to like some nu metal, some elitist hardcore, some art punk and some indie rock along with a bowl of death metal for breakfast. Why is it still such a big deal?

I just did what gravitates towards my soul, genres and barriers are disconnected from my listening pleasure

What is your favorite song to play live these days from the old songs?

We just started playing “circle the drain” again after ten yrs of stowing it away, it’s been really fun.

Love that one! Any bands you’d still like to tour with?

Love to see 36CF tour with one of Jon Howard’s bands sometime.

I’ll have to look him up.

He’s in Threat Signal…check them out! “Sorrow Sings” is as heavy as a Down song in some places then also has this kind of coiled, older Nothingface or 36CF style fast riffing in there. Do you write part by part or have an architecture envisioned ahead of time? That song is amazing, so cathartic. Then right after it the fast and uplifting kind of mid tempo charge of moody sing along “Lightless”!

We write pretty conventional I think, we try to piece a song out in its entirety before I start working on melodies.

I know the band Turbid North moved from Alaska to Texas before getting more well known and working with Unearth. Do you feel a major kinship to Alaska still?

It is my home and I long for it whenever I’m away. So yes it’s embedded deeply in my genetic makeup.

Spinefarm are probably the fastest growing buzz label Stateside for many recent killer albums. How does it feel to have a sense of purpose and working relationship with them?

We love Spinefarm , there busting ass for us and we couldn’t be more thankful!!!

Thanks, dawg. really excited about this record. PMA.