Interview: Ages – Canadian Super Metal is upon us 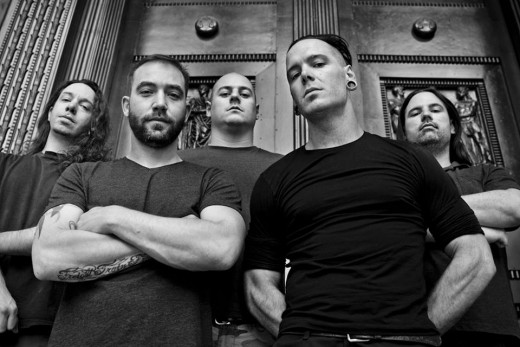 Ages are a new band. Death metal from Montreal featuring Blackguard/ex-Ion dissonance members .  That alone should tell you all you need to know, but the rest of the news the bring is pretty freakin’ exciting as well.

And the music? A senses assaulting fluid progression of numerous victories in song writing, technical daredevilry and just plain mosh. Get ready.

Click HERE for our exclusive talk with vocalist Paul Zinay, the man “Ablaze” himself.

1.I know Blackguard toured with Epica, a run I sadly missed. Is that where the genesis of this band started? How did you hook up with the Ion Dissonance dudes?

Paul = No, our tour with Epica and the actual creation of this band don’t really have anything to do with each other . We’ve toured with Epica twice and in that time Mark jansen has become of good friend of mine, so when I was brainstorming possible guest I wanted to work with he was on the top of my list .

I’ve known Xavier ( ex- Ion dissonance) for years now from just being involved in the Montreal scene. I use to go watch Ion play pretty frequently and gradually got to know all the guys .

About a year and a half ago both Xavier and I were working for the same staging company and wound up on a job together . I hadn’t seen him in years and when I asked him what he’d been up too he showed me the material he already had recorded which really impressed me. He told me he was looking for a singer cause their last one bailed so I jumped at the opportunity to be apart of it .

2.The sound of the band has elements of your other group’s but is kind of heavier than all of them, from what I’ve heard. Was this the plan?

It wasn’t premeditated in any way, it just sort of wound up like that . It’s Obviously heavier than Blackguard yet not as chaotic as Ion Dissonance.  Naturally being in Ion has had some effect on his writing but any Blackguard elements aside from my voice you hear would be completely coincidental, considering he had a lot of material written before I came into the picture. Xavier and Alex (bassist) have melded a number of different elements and sub genre styles in a way that really feels unique. 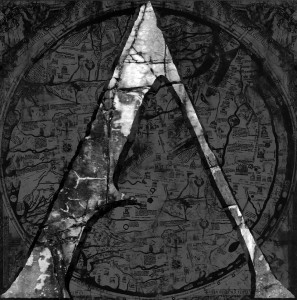 3. What are the subject matters covered in Ages in terms of differences from Blackguard and other projects?

I’m taking a much darker approach to the lyrics in Ages ,the music is much darker and the lyrics need to reflect that. I have a lot of ideas I’m working on which range from somewhat historical to personal and even “gore” to an extent which is new territory for me . Blackguard’s lyrics had some of those elements too (minus the gore) but like I said early they’re going to have much darker themes and go a little deeper at times than I have before.

4. Canadian metal bands and hardcore bands I have met or talked to seem to be so passionate. It is always refreshing to talk to northern neighbor metal brothers because, honestly, sometimes you guys have more heart than my American cohorts in the scene. What makes Canada a great place for metal? Also, how did it feel to have my NY Rangers giving you guys a hard time?

We have a great history of innovative bands that pushed boundaries like , Voivod , Crytopsy, Gorguts ect . The bar is set really high especially in the Quebec’s death metal scene so there’s a challenge to set yourself apart and take things even further in one aspect or another . Ages certainly isn’t the heaviest or the fastest band in the scene now but I feel stylistically we’re doing something unique that can’t immediately be compared to any one band or  specific sub genre.

Haha it’s ok , I like the Rangers this season so being bounced by them although disappointing isn’t as bad compared to if we had lost to Boston .

5.Esben Elnegaard Kjaer is a great vocalist. I like all the Hate Sphere albums of their different singers. How did Esben become involved in lending vocals to “Resounding Negation”?

Very similarly to how Mark got involved . Years ago we toured with Hatesphere on the Nevermore tour and since then we’ve kept in contact and stayed friends. I thought his vocal style would fit perfectly with what I had in mind for Resounding Negation and he was more than happy to be apart of it.

6.What are release plans like for this full length? Or are you doing an EP first?

We actually don’t have plans for an EP or a full length at this time but instead we’ve decided to release all our songs gradually throughout the year as singles and all for free. We have a lot of songs in pre production now which will gradually be release to the public as they’re finished. I wanted to do something different than the standard affair of writing and releasing a CD, doing that does have it’s advantages but this route allows us to work at our own pace and not have to keep people and ourselves waiting to put out songs .  I believe this will allow people to become more intimately familiar with the individual songs instead of just the body of music (album) as a whole where the tendency can be to skip over songs.

We’re putting  it all out for free aswell for now because want our music to be shared  without any hindrance or limitations , it’s for everyone to enjoy and we’re not concerned with any meager loss of revenue from not selling it. There might come a time in the future where we will put out a full length but for now we’re happy to be putting it out like this .

7..You also worked with Mark Jansen from Epica/mayan on “heinous nemesis”. How was that experience?

Having Mark sing on the track was great and I’m elated he agreed to do it. I wanted Mark specifically for this song because he has a great death metal voice but I don’t think he’s ever done something this heavy before. Everyone is use to hearing him with Epica and Mayan obviously but I wanted to hear him in something that was on the other more aggressive musical spectrum , something that would maybe even shock his Epica fans hearing his voice in a much more brutal/aggressive context haha .

8.What has touring taught you over the years as far as how you want to approach projects? I feel like people can be a little green to the industry until they’ve toured or had exposure to the back side of things.

Touring and my time being a signed artist has taught me so much and has shaped every decision I’ve made with Ages . I’ve made a lot of mistakes over the years that I’m being very careful not to repeat . At the very least I know who I want to work with and maybe more directly I know who I don’t want to work with . Xavier and I have both “made our bones” on the road and being armed with this knowledge is hopefully going to allow us to avoid some of the growing pains bands  naturally go through .

9.What are you most excited for in 2014 when it comes to Ages and heavy metal in general? And when do I get to hear STORM from Blackguard? The wait is killing me!

We have a lot of songs in the works and I think people are really going to be blown away by the material . All our songs have a very distinct flavor to them and when people hear what we’re doing as a whole I truly believe we’re going to be able to establish ourselves as a force in the Metal community.

It’s been very unfortunate that STORM has seen so many delays but I guarantee you the wait will be worth it. This is by far our best album to date and once we’re finished dealing with the bullshit it will all be worth it in the end.