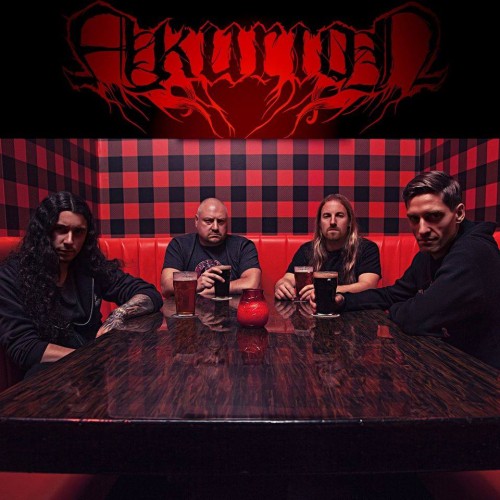 No weak minds and hearts need apply their ears here. The time has come. Let the takeover begin…

“Mike DiSalvo is back and I couldn’t be fuckin’ happier” says a fan on the Akurion bandcamp.

The ex-Cryptopsy vocalist is a fan favorite to a certain slice of death metal fans and Akurion is a veritable underground supergroup to those in the DM know. It is not every day someone like DiSalvo, with some influential records under his belt, tells me I asked a question he’s never been asked before.

Let’s all check out the scoop on the moody and brutal genius of Akurion BELOW.

[youtube]https://youtu.be/C0h5rt5xIB8[/youtube]
So…thanks for doing this, man!!! \m/
It’s my pleasure Morgan.
What’s up, man! A lot of Cryptopsy fans are going to be pleased to know you are killing again. What has prompted your more full bore return? I know you had the cool Coma Cluster Void project going for awhile. IS that still active as well?
Well, it’s essentially the right band, right musicians, right time to jump back in. We have material we are very pleased with and the project is flowing quite well. I am honored to be able to jam with the likes of these guys. Coma Cluster Void is also still active, we are finishing up tunes for an end of year release.
I heard some of the new material was influenced by the master HP Lovecraft. Care to elaborate?
For sure it has. He was such a damn good writer it’s hard to not be influenced by his work. There are some winks to him concerning the band name Akurion, the song Yet Ye See Them Not and some other lyrical content throughout the 9 songs we have.
How did you meet the other guys in Akurion? Just from the scene and older days or through being mutual fans of one another’s work?
One of the first guys I met in the scene when I moved to Montreal was Rob. Without a doubt he was one of the coolest guys I have met in the scene period, so working with him early on with the project was simple and easy going. I met Tommy and Oli through Rob and instantly hit it off with them too. Musically there is a lot in common with the three of them and personally, they are all down to earth, humble dudes and we clicked right away. I am also definitely a fan of their work with their current and past projects.

How was it working with Chris Donaldson from Cryptopsy on “Yet Ye See Them Not”? (listen HERE)
It was great. Chris is easy to work with and he is super open to trying something different regarding recording processes. For us, we wanted to record the song live with no clicks or trigs and minimal overdubs and that was something new to all of us, Chris included. The end result was exactly what we were looking for.
What are your plans at this stage? Sort of re-establish things via trench warfare/touring or write a full length first?
First things first, we need to finish up the songs for the album and get that released. Beyond that, there are no plans for gigs.
What did you miss the most about death metal when you took a break? The hygenic fans? The financial rewards? Haha, but no…for real?
Ha, well it wasn’t the cash, that’s for sure. Seriously, I’d say it is the overall writing process. I have always had an affinity for the entire process, from the original sketch ideas, to a couple words thrown on paper to working the riffs in and arranging the structures to the end result of a finished product set to release. Few things are greater than that in my opinion.
What can Canadian and American fans learn from one another?
That’s a great question, one I have never been asked before. You know, both sides of the border are so intertwined I am not sure I could peg anything that is a standout difference. North America is an absolute hotbed for metal and I would say to both Americans and Canadians to keep supporting the bands. Without them, all bands remain in the garage.
How has your confidence grown since the early days as a front person either in studio or live?
It’s grown a lot over the years. I mean, I have seen footage of myself from back in 1990 or so and I am mortified. What the hell was I thinking? You have to start somewhere though, you gotta build on the experience and just get better.You learn new tricks in the studio to make things a little easier like coming into the studio more prepared. Playing live, you figure out that you just do what feels right and whatever feels forced, you remove it. 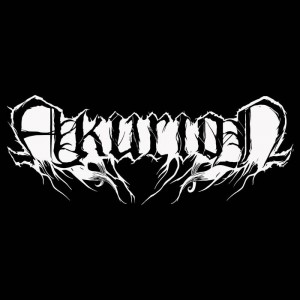