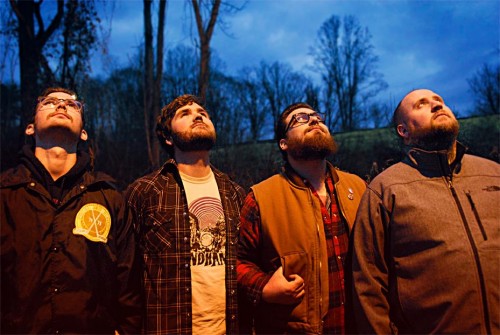 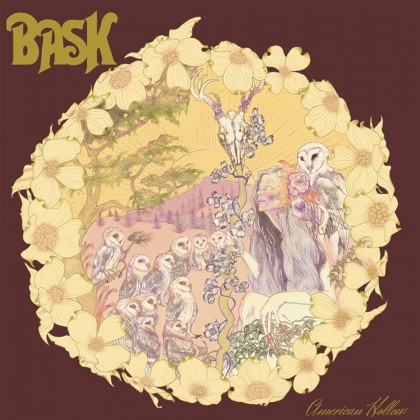 How did you get your unique sound, boys?

Scott: Ray and I started jamming and writing music in December of 2011 and did this for a year and a half until Jesse came into our graces by moving to Asheville.  We then added Zeb on vocals and guitar a few months afterwards and the lineup was solidified.

Jesse: I think our unique sound comes from our wide and various musical influences.
What has been the best part of gigging so far? I heard you played with Black Tusk already.
Zeb: We have been lucky to play some great shows with awesome bands, especially for how new we are.  Traveling is always fun for us.
Love the diverse vocal performance on this record. It is cool you are unafraid to claim melodic vocals in a non shitty way, unlike bands that don’t get you don’t need processed vocals and it is way more impactful without them. Like your semi-ballad, “A Man’s Worth”.
Zeb:  I’ve really only been in Alt. Country bands seriously up until this point, so I guess I approacehed it that way.  I mean, I listen to a lot of metal with clean vocals, (Sleep, Royal Thunder) but really its just the only way i know how to sing.
What are your plans for this band? I hope a good label like Retro Futurist scoops you up, but either way don’t stop.
Scott: To play as much music to as many ears as possible and hopefully have an impact upon some folks along the way.
Zeb: Play shows, drink beer, go swimming. 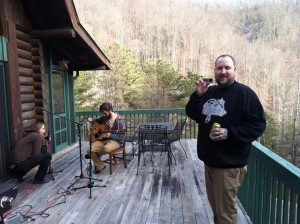 Who is responsible for the pretty cover art of the kind of owl clan meeting for American Hollow? Also love the band name.
Bask: Kelly Hagemes, who is from Savannah, of Claw and Bone art.  Find her on Instagram at Clawandboneart or her website which is clawandbone.bigcartel.com.
Let’s talk the title track. It builds and builds off that original intro and is just a moving composition. How do you compose for this band? It feels like the songs just pour out of the heart. Very relatable material.
Ray: There are three words we always keep in mind when writing; heavy, melodic & loud. We chose “American Hollow” as the title track because it encompassed all those aspects. In regards to how we write, you answered the question, we let it pour out.  Write about what you know, play what you love.
Why do you think, as Americans, most people seem to have a sense of listlessness or a hollow feeling with modern life at times?
Zeb : It’s interesting you get that from the record.  It may be a layer in there but not the most immediate, for me at least.  I don’t know if I can say why our culture is in that direction, or if it really is. Maybe people stopped doing what they wanted to do and made stability and comfort their main goal.  The record is more about perception of culture than culture itself.
What’s the scene like in Asheville, NC? I don’t know too much about it, admittedly.
Scott: I feel like Asheville’s music scene has really taken off in recent years and it is awesome to be able to play shows amongst a wide genre of bands.  We love being able to blend in with strange and unique lineups.
Zeb: There are a lot of hippies and a lot of heshers in Asheville.  They both seem to like us, sometimes.
What are you most excited about for the rest of 2014?
Scott: GOOOOOOOOOOOLLLLLLLLLLLLLLLLLLLLLLLLLLLLLLLLLLLLLLLLLLLLLLLLLLLLLLLLLLLLLLD!
Ray: (.)(.)
Zeb: 8========D
Jesse: 8==========D ~~(.)(.)~
BASK: Our record being released & east coast tour in support of our new LP.  Thank you for letting us be part of this!
Sincerely,
Jesse, Ray, Scott, and Zeb 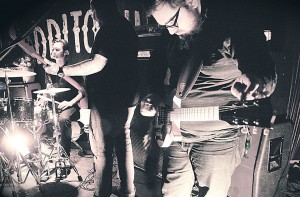