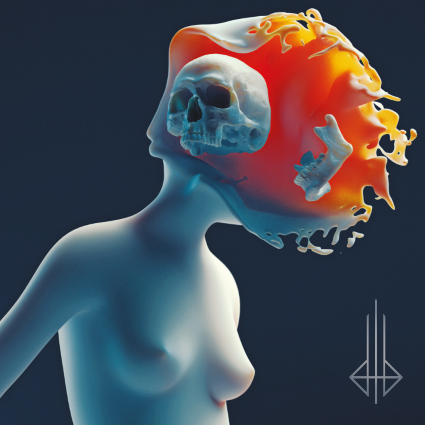 ‘Politicians, religious organizations and media were probably always corrupt, but it’s more difficult for them to hide it now. On the contrary: it would seem they’re not even trying to hide it anymore! They’re just counting on the apathy of the general public.’ – Alex Agnew

Diablo Blvd have from Belgium pair bold vocal melodies with various shades of rock that travel from light to dark while staying rooted to the core hard hitting sound. Their new record Zero Hour brings in some New Wave and New Romantic influences further while adding more heft to the group’s hard rock punch. Be sure to pre order HERE (it comes out very soon on 9/22 via Metalville).

Alex Agnew stops by today to discuss touring, influences, the state of the world, playing music for everyone and much more. Check it out BELOW.

The world is obvs crazy right now. Do you think the media is more honest in
Europe or America?

I think the media isn’t honest anywhere! While America has it’s own biased view on
it’s politics, so does Europe. You’re probably better off reading both sides of the story and then forming your own
opinion.

The “Animal” video and album cover almost have a sorta Bowie/Tool/Chevelle vibe.
Love the color balance and sense of larger than life sound to the new stuff. Was it fun
making this record or more of ‘work’?

Thanks! We’re very happy with the cover which is an original work of art created by
Norwegian artist Hedi Xandt. We think it perfectly captures the spirit and content of
the album. As for the making of the album: it was the end result of some very dark
times for the band. We parted ways with our original guitar player and there were a
lot of personal issues for the band members. We had to make this record to get
through this difficult period. It was a lot of hard work, but that can be fun sometimes!

Saw you live once with Life of Agony and was impressed w how you warmed up
the crowd. Do you have a favorite place in America to play?

Again, thank you! So far, we’ve only ever played New Jersey, but we’d love to tour the
US. L.A., NYC, San Francisco, Chicago, New Orleans, you name it!

Well I am glad I caught that appearance! The “Sing from the Gallows” intro is kinda megadeth or prong reminiscent. Did you draw from different influences on this album?

The Prong reference I definitely get! That song was actually inspired by a lot of eighties bands like Killing Joke and Gang of Four. That combined with traditional rock influences and some eighties New Romantics like Tears for Fears and Duran Duran.

Awesome. I am a big fan of all of those groups as well. So, you have said in a band statement that ,“The idea behind the album title is that the protective shell we live in, can no longer hide what is really going on. The world outside is catching up to us.” I like that quote. It seems everyone’s bubbles are bumping into one another and bursting, no?

Well, I guess we’re better informed now than we ever used to be. Although there is also a lot of disinformation on social media. Politicians, religious organizations and media were probably always corrupt, but it’s more difficult for them to hide it now. On the contrary: it would seem they’re not even trying to hide it anymore! They’re just
counting on the apathy of the general public.

SO there is really cool mix on this record. The vocals still have croon but also kind
of hover a bit higher in mix and feel sort of cold and clear, which adds to the sort of
new wave influence in some of the songs but the music still feels metal and hard rock
mainly. dig it. What was the biggest moment of creative sort of gnosis where you all
felt you were headed in a mutual direction, or is that not a problem for you ever? It
seems like a pretty ‘united’ band compared to some that are more image.

We definitely set out to achieve the soud you’re hearing on the album. We’ve always
wanted to distinguish ourselves from other bands, and we knew that bringing our
New Wave influences to the foreground was the way to go. As a band, we have a lot
of discussions, but it’s always to improve the end result. We’re also very good friends,
so that definitely helps!

Can you discuss the engineers and mixer on this album? How did you choose who
to work with?

Staf Verbeke engineered the album and he was recommended to us by our producer Dag Taeldeman. They had
worked together on several occasions and had very good synergy. They also perfectly understood what we
wanted sound- and vibe-wise for this album.

Do you think we have a new slate w so many sad deaths of great rock stars? I
hope some of the good bands like you guys or Halestorm or whoever can fill some
voids and keep people believing in rock and lifting spirits. Music unifies us more than
politics sometimes.

I hope so! It’s gonna be a lot harder for bands nowadays to achieve that kind of Iconic succes, but we sure as hell
are gonna try! All we can do is write the best songs we can and try to reach as many people as possible. No room for elitist bullshit. Our music is there for everyone to enjoy!

Is it harder to pull of “Like Rats” where it is very busy or a more slower but emotive
song like “00:00” that requires potent restraint?

They both have their difficulties, so I guess they’re both equally hard or easy. How’s
that for a vague answer!

Lastly, the most important question of all! What is your favorite Belgian beer!?

It’s a beer called “Hoogheid” which is brewed by a belgian metalband called Your
Highness. It’s quite heavy and gets you drunk really quick!