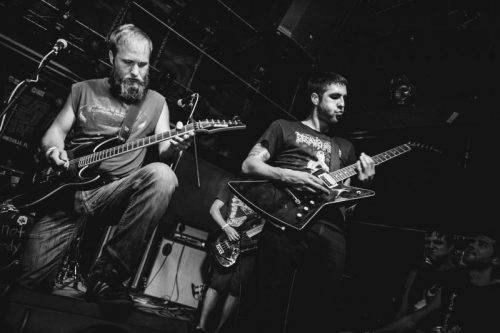 Wilderness Dream released their most recent effort, Paralysis Rise on July 14 (you can grab a digital copy of it over at Bandcamp for $7). Leading up to the release of the album, I had the opportunity to sit down with Wilderness Dream guitarist and vocalist Ben Murray, who is also the label head of Creator-Destructor Records.

Ben is a cool guy who has been involved in the scene in various bands and through his work with Creator-Destructor Records for over ten years, and with Paralysis Rise and Wilderness Dream, he shows no signs of slowing down. In fact, him and his fellow Wilderness Dream thrashers are dropping the melody for speed and brutality on their latest studio effort.

Check out what Ben had to say about the album, Creator-Destructor and what’s next for Wilderness Dream here.

MR: What went into the recording process for this EP? It’s been noted that on Paralysis Rise Wilderness Dream leaves behind melodies and punk influences in favor of a more pure death and thrash metal hybrid. Was that an intentional movement, or more of a natural progression?

Ben: It was both intentional and natural.  A band’s first record, EP, or 7” is always pretty special because it captures an idea of a sound coming to life.  However, when we were forming Wilderness Dream, Trey and I had already been playing together in Heartsounds for 6 years, and Ryan and I had played in Light This City a decade earlier, and wrote a lot of music together.  Those two bands are way more melodic than Wilderness Dream, so some of that melody crept in at the beginning.   We always wanted this band to be our ‘heavy’ outlet, where it was as chaotic, dissonant, and intense as possible.  Naturally that’s going to mean ditching any kind of real ‘melody’, and going towards darker textures and riff structures…  That all being said, we’re really excited about how much heavier “Paralysis Rise” sounds in comparison to our 2015 S/T EP.

MR: You’ve worked with Scott Goodrich before on Wilderness Dream, are Scott and Nu-Tone the go-to for the band? What’s it like working with Scott?

Ben: Scott is a really good friend of ours, and lives right down the street.  We hang out all the time, and recording with him is just like that, so it’s super fun.  He also happens to know his shit really, really well, and his recordings sound incredible.  Scott generally has an energetic and pumped vibe about him that is a blast to be around.  I can’t see Wilderness Dream going anywhere else to record…

MR: Can you speak a little bit on your journey from Light This City, to HeartSounds to now Wilderness Dream?

Ben: Sure!  Laura Nichol and I started Light This City in 2002, which was a melodic death metal band.  We did 4 full-length records, (3 of which were on Prosthetic Records), and eventually broke up in 2008 right after “Stormchaser” was released.    Light This City broke up because we had been touring since we were teenagers and wanted a break, wanted to go to school and switch shit up for a bit.  However, we soon realized we couldn’t not play music, so Laura and I started Heartsounds.  Heartsounds started in 2009, and Laura and I wanted to return to some of our punk roots and play Bad Religion-style melodic Epitaph/Fat style melodic punk, so we wrote “Until We Surrender” and got signed to Epitaph for two records.  Fast forward 7 years and here we are having just released “Dualistic Nihilist”, our 4th record (a 20 minute long song).   Trey joined Heartsounds in 2010 and so it was natural to start WILDERNESS DREAM with him.   The transition between all 3 bands was pretty natural, and it’s been nice to stick with some of my best friends throughout all these bands.   Stylistically and musically, it was all natural –  We like a lot of music, so we wanted to play different styles…. It’s more fun that way! 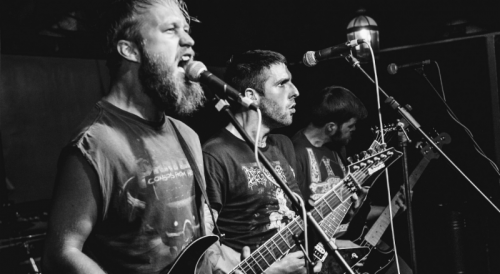 Ben: Our buddy Dan Lerner did the logo, and he is absolutely incredible.  Check his art out online and support the homie!

MR: Did someone in the band take the pictures on the cover of Wilderness Dream and Paralysis Rise? What are the stories behind those photos?

Ben: Our drummer Trey Derbes takes all the photos for all our layouts.  We love his photos, and he actually has a photo zine called ‘Tour Dogs’, check that out online and on social media.  There aren’t necessarily ‘stories’ behind the photos (well, I don’t want to speak for him), but in terms of how we decide which ones to use –  He’ll show me a bunch of photos he’s taken that fit the band’s blackened thrash vibe, and we decide on a few and run with it from there.  It’s really easy because he’s so good!

MR: What’s next for Wilderness Dream? Do y’all have any touring lined up?

Ben: Yes, most definitely!  We’re doing a West Coast run with our friends VIRAL (amazing death metal band from Redwood City, CA) in early August (2-6) in support of “Paralysis Rise”, and plan to keep out on the road as much as possible this year.  We want to rip these jams for y’all!

Ben: I started this label 10 years ago in my bedroom, and now I work from home in my studio apartment in Oakland doing this full-time, so it’s been a crazy journey!   I didn’t think I’d ever get to put out records for a living, but it’s worked out for the most part…  I try to help manage a lot of the bands on the label, and certainly handle most things for my own bands.  I like making sure there is quality in terms of the art/aesthetic.  I think it would make me nervous to leave it up to another label or even another person to say, create an ad for me.  I’d find a bunch of issues with it, but maybe that’s my OCD… Regardless, I like being hands on with every part of the process when it comes to releasing records.  It’s one of the most fun things ever, so I just try to keep doing it!

MR: Have you heard of the camouflage lingerie company Wilderness Dreams? They’re the first thing that comes up when you google Wilderness Dream. I thought it was kind of funny and had to ask about it.

Ben: Haha, yeah, we saw that too!  I was just stoked Wilderness Dream (singular) was not taken by any band.  We don’t mind those camo undies, much love!! 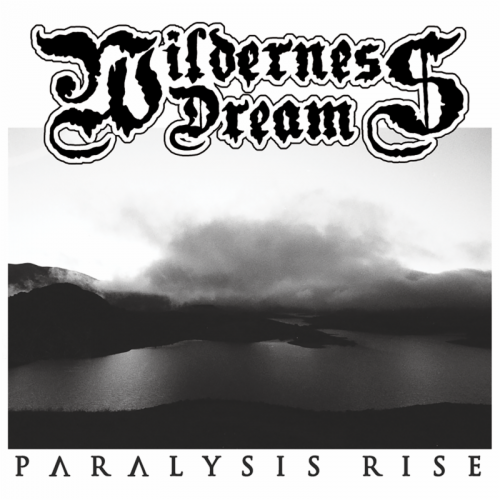 Make sure to download a copy of Paralysis Rise and to check out Wilderness Dream if they’re touring near you! And as always, check back with Metal Riot for updates on Wilderness Dream and all your heavy metal news needs!