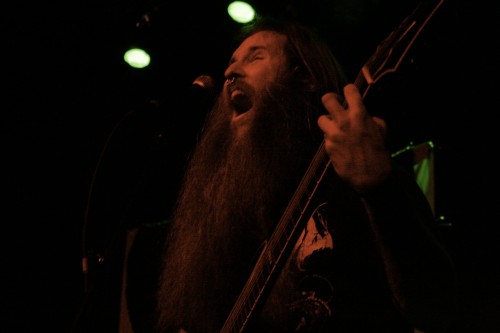 “It’s honestly your loss if you don’t like different kinds of music.”

Click here for the full interview with Andy and Rik.

Throughout the years, how do you explain the transition from Hendrix and Santana to what you are playing now?

Andy Thomas: For the time, that was heavy. Listening to music as a young kid with my dad, that’s what got me interested in the sound of guitar. I sort of discovered heavy metal on my own, like Sepultura and Slayer. Then I got my dad into it.

Myself included, people enjoy hearing what gear musicians are into. When did you guys transition from standard range guitars to extended range? 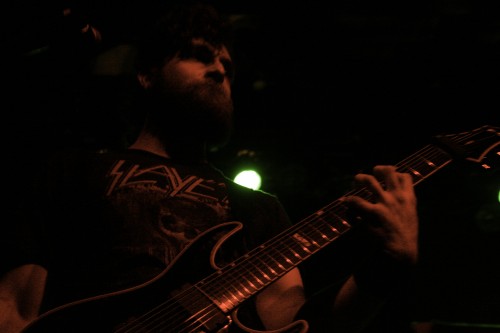 Rik Stelzpflug: As soon as I met Andy.

Andy: I had a seven and then he got a seven. After the eights started coming out, I bought one. He called me an asshole and got his own.

Rik: We got two of the first eight string models you could get. He got the Ibanez and I got Stephen Carpenter’s ESP, which was one of the first with a 27 inch scale.

What would be some of the things you would look for in a new guitar?

Rik: Comfort. Color not really, I’m more of a function guy. I like a flat radius on the neck. It makes it easier for speed picking across the strings. Active or passive pickups, I’m a fan of both.

Andy: Lately, we’ve been thinking passive.We got some pickups from Lace that we’re looking forward to trying out. We need to find somebody to put them in, cause I’m a moron with that side of things.

Andy: We like AxeFx and we also like tube amps. Some people like playing tube amps to record, and then having the direct practicality of playing live. It is just easier. You have one cable and all your tones and you’re ready to go. A lot of people bag on the digital stuff, but I think if it is well made, especially in a live setting, the difference is pretty negligible. 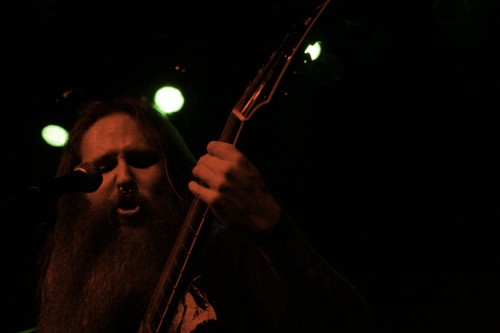 Anything from NAMM catch your eye?

Andy: We’re playing ESP guitars and they have a whole new line coming out. We’re anxious to play those. We really like what EVH amps are doing. We use those on our album as well.

Rik: One thing I’m excited about is the Evertune bridge. I want to get those for sure. Especially while recording. You can’t bend out of tune.

On your eOne debut, The Wreckage of Stars, you brought in some new instruments. Tell me about those. 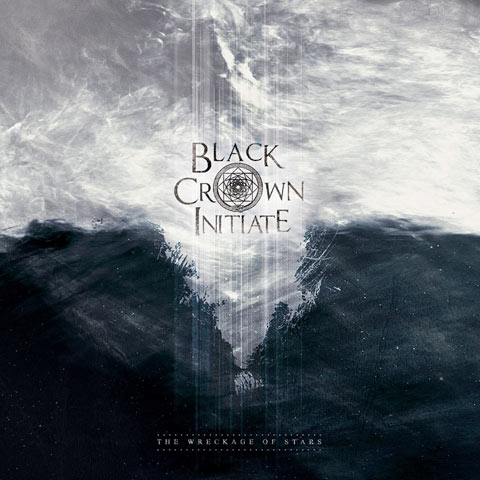 Andy: We got a sitar on “Great Mistake” and Rik wrote most of that one.

Rik: It has sort of an Alice in Chains feel. I love them and death metal so I was trying to make a bridge between the two. Andy’s clean vocals are reminiscent of Layne’s. Then you have this mysterious sounding sitar.

Andy: It had a kind of phrygian dominant tonality to it. The guys who produced our album knew a sitar player. so they brought him in, we told him what key it was in and he played it. As far as the cello, I’m a very big Nick Drake fan and I really like the way cellos sound as an instrument and with acoustic guitars, and in this case electric. We’re all really open to that kind of stuff.

I love that fearlessness of being who you are. Metal can get tunnel vision easily.

Rik: Once you try to get yourself into a sub-genre, you’re really just limiting yourself. If you experiment, you run the risk of your fanbase.

Andy: It’s honestly your loss if you don’t like different kinds of music. from music around the world, jazz classical, hip hop even. There’s so much good music out there.

Andy, you had mentioned a musical father. Musical family as well Rik?

Rik: My uncle was my father figure and the first music I can remember enjoying was Metallica’s Black Album. From there, AC/DC and Motley Crue. Coming up through middle school, I went through the nu metal thing and eventually found out about death metal. It became my favorite kind of music.

Andy: My mom used to play me Genesis.

I got Patsy Cline, Muddy Waters, and Traveling Wilburys growing up.

What are some of your goals for this amazing tour?

Rik: Play to as many people as we can, make as many new fans as possible. So far, the shows have been pretty packed.

Andy: This is our first tour with a sound guy. We now have somebody that is directly invested in how you sound. As opposed to just showing up at a venue and there won’t even be anybody at the board. It makes a world of difference. Plus, you can make it more comfortable for yourself on stage. As a clean vocalist, one of the worst things that can happen to you is you can’t hear yourself. I suffered with that for a long time. I’m constantly learning in a live scenario how to use the clean vocals.

Rik: We always like to encourage everyone to question everything they hear, especially mainstream media, regarding any world event ever, at all. Everything could be a lie.

Where do you get your news then?

Rik: Usually InfoWars. They give you an alternate side.

Thanks so much for your time guys. Travel safe!