Stage commander/vocalist Paul Zinay of Victory Metal’s proud Canadian sons (and sister) Blackguard took the time to tell us his thoughts about touring the world, playing with Kittie, the next Blackguard record, Emilie Autumn and more.

See what he had to say in this exclusive interview HERE.

You can also check out Paul’s video interview with our very own MetalRiotJD over this way.

Morgan Y. Evans: Hi Paul. How is the tour with Kittie, Bonded By Blood and The Agonist going? What have been some of the best shows thus far? What are your thoughts on the other bands’ styles? Kittie was a band from Canada to make a big splash in the U.S. years ago. Do you have memories from when you first heard of them?

Paul Zinay: It’s been great ! I couldn’t be happier with the way things have been going . The first week or so in the states were great but so far the Canadian shows have just destroyed! It’s been some of our best shows we’ve ever done in these markets.I remember when their first record came out; I wasn’t much of a fan at the time because back then I was getting into death and black metal, so Kittie was a little tame for my taste. However, after watching them play live they are FAR heavier than I gave them credit for. It’s a real treat to watch them play every night.

MYE: Blackguard really work hard and connect with fans on an every day level. Whenever I talk about your band I tell people how cool you are to the fans. You guys worked so hard in 2011 and raised the band profile tremendously. What is your strategy for continuing your ascent and connecting with metal fans this year?

PZ: Thank you! This year will be far different from the last. We’re going to scale down the touring for a while, at least in North America and try to focus our attention overseas. We’ve seen a huge increase in our fan base all over North America and it’s time we pull back for a while to maintain interest in the band. We hit some markets 5-6 times last year and we need to be careful not to overplay.

MYE: Can you tell us about your thoughts right now on writing a follow up to FIREFIGHT? No one is sick of that material yet but it is always cool to wonder if Blackguard is working on new stuff and what it might be like. Also, any new records you have heard and found inspiring? I have been digging the new Demon Hunter song “My Destiny”.

PZ: We’re slowly starting to put the record together but we’re really going to bare down when we get back from this tour. It’s tough for us to write on the road with everything else going on, but I assure you it’s coming. I really dug the newest Dimmu record, specifically the orchestral elements. I think they’ve set the bar for dark symphonic metal so I see that as a challenge. 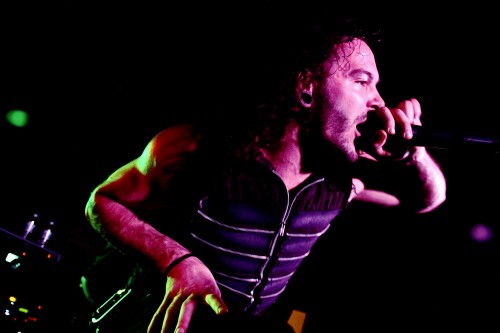 MYE: Is there any part of the world you have yet to play that you would really like to, perhaps because of a beautiful city or good beer to try or a style of metal from there that you enjoy? I guess, can you talk about traveling often and some of the most amazing or even harsh things you have gotten to see as a touring artist?

PZ: I would love to play in Japan or Australia. Not for any particular reason other than they look like beautiful countries and I’ve heard amazing things. As for harsh things, I think the toughest thing I have witnessed is the poverty in some areas in the U.S. We’ve played some sketchy areas and it makes me very grateful for what I have.

MYE: When you write lyrics, are you thinking about what the rest of the band might think or do you all generally agree on subject matter?

PZ: We’ve never had any kind of real disagreement regarding lyrics. They trust me not to write anything too stupid .

MYE: Was there ever a time in your life when you were younger that something dangerous happened to you that maybe in the end made you braver? I ask because many people get performance anxiety (not talking about just sex!) but it takes a certain type of person to be able to take the stage with confidence. How do you face the fear and jump in the fire, so to speak?

PZ: Nothing dangerous per say. Before getting into music I did a lot of theater so I’ve been performing in one form or another on stage for many years. Transitioning from acting to Musical performance wasn’t really difficult for me.

MYE: Would you ever think of doing collaboration with someone from a different style of metal as a guest vocal or would you prefer to keep Blackguard a contained entity with no guests? I was thinking how cool something unexpected like your screams along with a big melody from someone like Lajon Witherspoon of Sevendust would be. Then again, I like mixing styles OR keeping it all aggro.

PZ: I’m actually a huge fan of Emilie Autumn and would love to have her one day lend her voice or Violin skills to our music. But it would have to be the right song that would lend well to her talents. Same for Amanda Palmer. Maybe one day we can make it happen.

MYE: I hope Blackguard is a band that will last for quite a few albums. You have the potential to make a big impact and I love when bands I initially rooted for grow to have a full and powerful catalogue documenting their ability and range of passions. What do you think the chances are you could be fronting this band in another ten years?

PZ: Haha I have no idea. I’m going to keep doing this for as long as I love performing and writing this music and I don’t see that ending too soon. Fingers crossed it will last another 20 years. 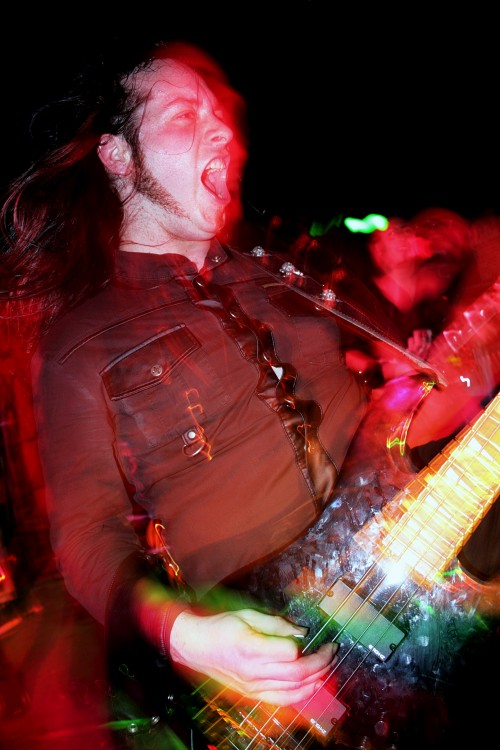