Interview: Brimstone Coven – Upon the Mountain… of rock greatness (with a pocket full of black magic) 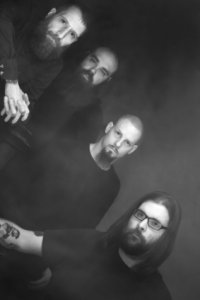 BC shot by Dez Farnario

Brimstone Coven are our first interview of 2016. We feel they represent the qualities that make metal great, a deep respect for the past with a desire for an individual, modern footprint. Plus killer tunes.

“Journey for knowledge/within the open mind.”

It is lamentable that That Metal Show was cancelled and hopefully it will find another home, yet let us never fail to have in depth discussions on metal’s supreme incredible gifts to the world.

Get their latest Black Magic HERE.