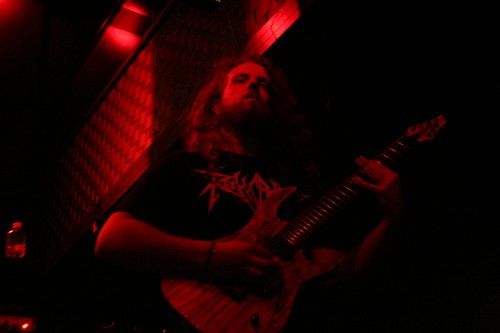 Here’s a quick little update to accompany the Rivers of Nihil Reading Rainbow tour announcement from earlier. Brody and I spoke earlier this summer while they were in New York touring with Devildriver. Brody had much to say on playing lager venues on this tour package and how their next Metal Blade release is shaping up. I also got some comments on their robbery in St. Louis and the subsequent crowd funding campaign, which he has avidly spoken out against. 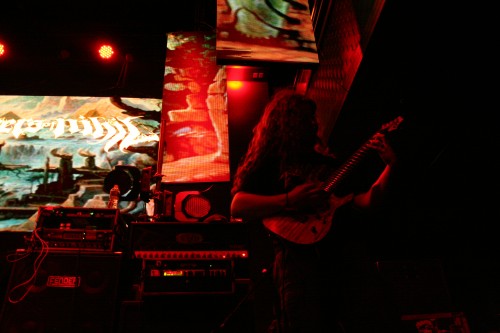 In our last interview, you and Jon gave me an overly resounding “no” in regards to crowd-sourced funding. Your first day of tour you guys got robbed in St. Louis. I was surprised to see your campaign announcement the next morning. What brought you to that decision?

I knew you were going to call me on that. Along with laptops and our singer’s clothes, our passports were stolen. We had to buy new passports. We were super apprehensive about even treading on the crowd funding thing, but we needed to get to Canada and we had nothing left over to tour on. It’s a shitty situation and had it happened after Canada, we wouldn’t have even considered it. Believe me, we felt terrible about it, but luckily everything got straightened out. This tour started about as awful as it could.

What kind of response did you get?

Mainly from our family and close friends and once we got the amount we needed we shut the account off. We had a number to meet, we met it, and then ended it. It was cool to see people helping, despite how outspoken we have been about not doing a campaign. 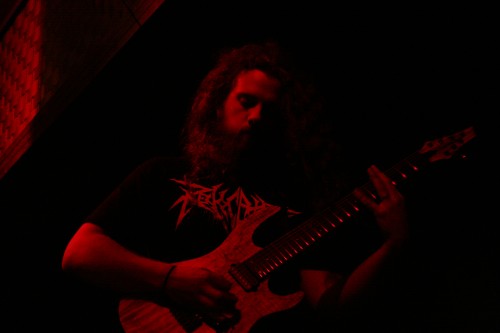 I’ve never been to this venue before. It’s pretty big. I had some friends at the Kansas City date, at Czar Bar, which is just a fucking hole in the wall. I thought that place would fall down. How do you guys deal with size changes from venue to venue?

It’s definitely interesting for us. Most of the other bands on this tour have been touring for years and years and been on huge packages and festivals. We’re just breaking into these larger tour packages. For example, we were in Denver and I think the cap there was 1,800 or 2,000. So we show up and there were barriers and like 1,200 people. “This is crazy!” we kept saying. Other nights, like last night, we played in Pittsburg at The Altar bar, which is tiny. It was maybe a three hundred-person room and it was definitely sold out. There were hardly any barriers, everyone was really close to the stage, and it was a really good time. We’ve learned to deal with the size changes in venues every night and there have been plenty of both, but I think we prefer smaller venues that are packed out with the crowd closer to us. When I’m playing and the crowd is twenty-five feet away from me, I feel like I’m a television screen and they’re just watching me. It kind of takes away the human element of it.

How much longer is the tour?

A week and a half, ten more shows. We go to Philadelphia, which is a hometown show. Then south. The last leg will be fun in Florida and Texas. Austin, Texas is always a really good show, they like us down there. 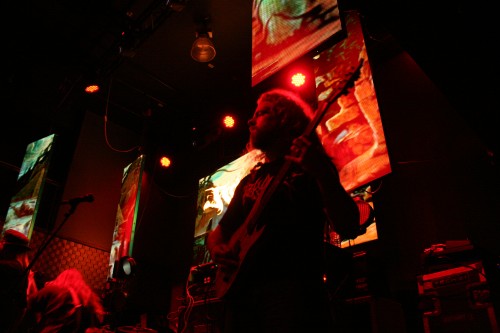 What goes on at a hometown show?

Our real hometown shows are in Redding, Pennsylvania and those shows are usually pretty wild. Philly is a good city for us all the way for us.

What are your plans for the rest of the summer?

Pretty much getting focused on writing for the next release. We have a lot written already. We started writing super early on this one. Before the last one came out, I had two songs done. We’re going to have a lot of time to tweak and do it just the way we want it. 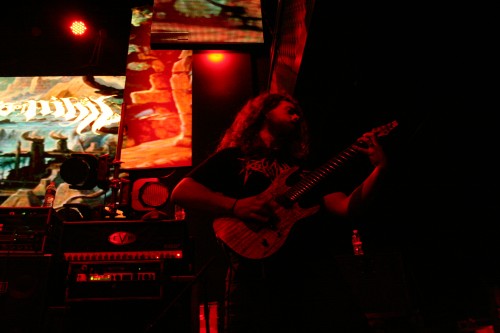