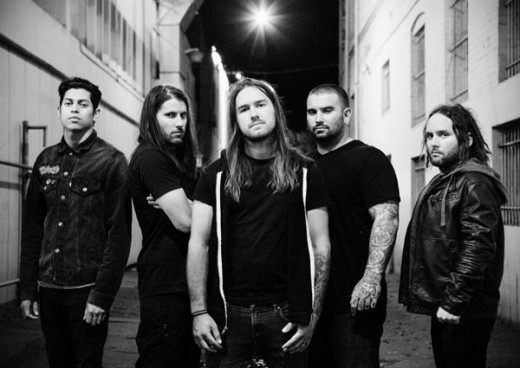 Impending Doom are about to drop their latest Gorship masterpiece Death Will Reign onto the masses on November 5. I had the chance to catch up with Impending Doom lead singer/lyricists/mastermind Brook Reeves (who is now, in addition to being a husband, a father as well) and chat with him about Death Metal, Christianity and fatherhood.

Check out the Metal Riot Interview with Brook Reeves here!

You have a kid now, right? How do you think having a kid changes making music and more importantly, touring?

Now, with having a kid, it makes me want to be more genuine and more real, I don’t know, it makes me want to be a better song writer. Before you know it he’s going to be my age and so I just wanted to write a record that maybe, you know, he could listen to and kind of just relate and know that there’s a struggle, know that there’s a constant fight and, you know, that I’m always there for him and that I get it. And then, but for touring, it makes it really hard because being so young he’s constantly growing and changing and doing new things. Like my wife, she’s from Texas, she took him to see her parents for two weeks and he came back and he already grew a tooth and he was able to crawl – like it was just crazy I was like, ‘Oh my God,’ because he hadn’t even been gone long, so it definitely puts a damp on touring right now.

Metal to me has always been about a place of acceptance. Kind of the haven for people outcast by the rest of society. Now of course, there is infighting and even downright bullying brought on by politics, religion and mostly genre purism, do you think any of this is justified or do you think metal should be about unconditional acceptance?

Like we’ve gotten some hate, but none to my face. And you know, some of these metal bands will post a picture of themselves, I mean, you’ll have 700 comments of people – half of them hate them, half of them love them, and it’s just a crazy debate that they take way too serious. But when it comes to Christianity and stuff like that, politics and all that. I mean we’ve been fortunate, we’ve been blessed that we haven’t gotten too much, I mean, we’ve gotten, you know, some hate, but nothing that has really been to my face, you know. Maybe something from a crowd, but that’s pretty much it. No one’s actually ever come up to me. Personally, I just try to stay out of the BS of it all. It is there, it’s always going to be there now. I wanna be there for the kids that have an open mind that wanna talk to me and I wanna talk to them and that’s what I really care about, the other people that are just trolling around trying to cause trouble – I don’t really pay too much attention to that.

Being a Christian, do you think that being Christian is the only way to have good morals and to come from a place of love as opposed to a place of hate?

There are so many moral people out there that are loving, caring, good people, like I know a lot of people that are great people that aren’t Christian. But when it comes to being Christian, I don’t know, I’ve always thought, before I was a Christian, I always thought I was a good guy. Like I never – you know – I helped people out, I did good things, I think, I didn’t really screw anybody over too bad, I don’t think. After I became a Christian it was more about trying to be selfless and coming from a place of selflessness now that I’m Christian. And expressing that there are going to be people that don’t like me that don’t care that are going to want to do whatever they’re going to do, but now I have the freedom that I’m just like I don’t even care anymore. I love you and I’m going to show you Christ no matter what and there’s a lot of freedom in that.

The modern world is so full of woe, it feels like every couple of years now someone is convinced that the end is nigh and even your own band name and album title hint at that kind of constant worry – Do you think the constant worrying and fearfulness kind of creates a self-fulfilling prophecy?

This comes back to being a metal band. God gave me a gift. He gave me the name. He gave me this ambition, this passion to reach out to people who might not otherwise hear this message. Impending Doom – I thought it was a really cool name that kind of expressed, “If we keep going this same route – with this greed and this violence and it just continues and it continues then we’re close to the end times.” It’s coming to a time, what else could happen? There’s too much greed and power to obtain. We’re building up – we can make anything – we’re making bombs that can blow up half the world – men weren’t meant to have this much power.

The lyrics for Death Will Reign are unmistakably religious, but they also feel claustrophobically introspective. Would you care to speak on what may have caused this powerful duality within the lyrics for this album?

I just wanted to be real. I wanted to show some authenticity when I sing it. I don’t want to just be the Christian kid. I’m not a perfect kid, I struggle. There’s an impression that because I’m Christian I should be perfect, and I try, but it’s hard. there’s a lot of pitfalls that you have to try to avoid. Life is just tough. You have bills, you have kids, you have family life. Everyone wants to be famous and they’ll do anything to do it. People are willing to lose it to get a little bit of fame. 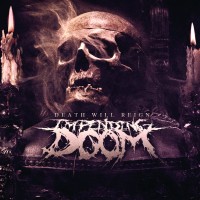 If you could put together a “Gorship” package tour, which bands would you invite?

Sleeping Giants. The Chariot. Can I bring back Underoath?

What bands influenced you growing up?

I very seldom listen to Christian music, like worship music. I listen to more somber sounding music. Some bands I listened to were: Aborted, Cattle Decapitation, Septic Slush and you know, tons of underground death metal bands.

How do you feel about the guys from Suicide Silence moving on and having Eddie Hernan (All Shall Perish) as their new vocalist?

What is it like to work with Will Putney? What benefits do you think come from having a musician from the same scene as you producing your record?

I can’t say enough good things about Will. The dude’s heart and work ethic was so awesome and I needed both because I had a baby. The album was recorded in New Jersey. So Will flew out here and recorded me from seven to three in the morning every day. He busted his butt and helped me so much. Most producers wouldn’t do that, they want to be on their set time. Will has a wife back home and took time off to come out here and record me.

How does working with Will (Putney) differ from working with Andreas Magnuson and Machine (Haste The Day, Down To Nothing)?

Andreas was awesome. He helped develop the sound for that record. I flew out and recorded with Machine. Machine and Will work together. Machine is very humble, he just wanted me to do my best. He was in the moment the whole time.

If you recorded a covers album, what would be on it?

And of course, lastly, any insights into future tour plans?

We’re hitting the road after the record releases. With good bands, I don’t think I can say who now. It’s going to be heavy. We’re coming out with guns blazing. 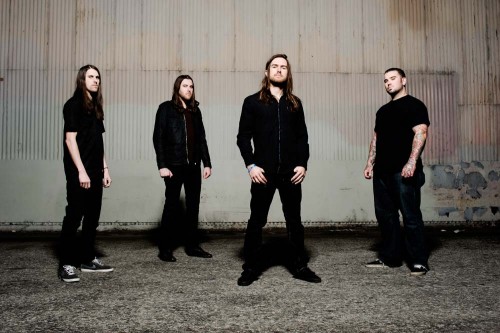 Make sure to check out Impending Doom’s latest album Death Will Reign when it drops on November 5!