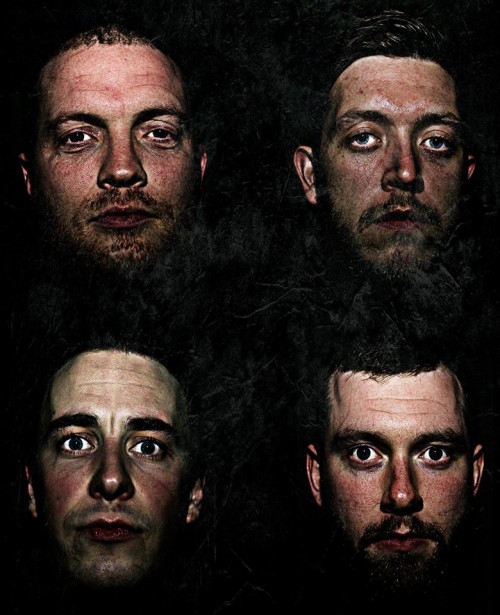 Canaya from the UK are outstanding, a pitch perfect blend of technicality and restraint. The band blend Am Rep Pigfuck, post-metal, metalcore and whatever the hell you want to call it with a punk rock live onslaught of pure adrenaline. One of the best things about covering music related stuff is you never know when a fresh act will blow your head off. From Patsy O’Hara from Bielefeld to Richmond’s Parasytic to Leed’ standouts Canaya, this has been a lucky week for me finding killer stuff!

Everyone remembers The Cask of Amontillado with the obnoxious Fortunato sealed up in the catacomb walls by the vengeful Montresor. Canaya’s Sealed Within The Walls is the audio equivalent of Fortunatos terror as the last brick drops into place. The record even includes a ripping cover of Unsane’s ‘Committed” featuring a guest vocal by Humanfly‘s John Sutcliffe.Not an easy task to go NEAR Unsane and not look silly but Canaya manage to match the unhinged aggression!

For an interview with guitarist Owen Wilson click HERE!

What is the average day of a member of Canaya like/or are there no such thing as average days?

Owen Wilson (Guitar/Vox): “We each do our own thing career wise. Everyone’s got a busy schedule, so the time we spend together is always really productive. We get in a room together, catch up, and then we create the music that represents Canaya. We rehearse tracks as we intend to play them live; loud & lots of energy. When we write we give it our all, we want everyone’s attention.”

The UK has some great bands alive and kicking lately from Anacondas to Conan, a lot of them are making a mark over here in the U.S. of late, which is refreshing. What do you hope Canaya brings to the table? How was it recording ‘SWTW’ and what were your goals for the release?

“These days you really have to stand out from the crowd. We’ve seen the best do their thing over the years, we all have separate influences, so when it come to our own music we don’t settle for anything less than what our peers would give. Intense live shows, great merchandise, we’re not trying to re-invent the wheel musically; we just want to give people more bang for their buck.”

“As for the recording, it was stress-free. We tracked everything ourselves at our rehearsal studio, and a good friend of ours, Mark Burrows, took care of the mixing. It’s a very honest recording, all live mic’d up instruments, no studio voodoo, just us laying down our parts one by one. We’ve grown as a band since we put out ‘Alignment Of Dying Planets’, and you can really hear the developments. ‘Sealed Within The Walls’ has a lot of fire and we are all really proud of the release.”

‘Sealed Within The Walls’ is sick. Reminds me of before internet explosion when I would discover bands and they seemed like guerilla noise warriors creating this powerful, dark protest art in little enclaves around the underground metal world. This shit sounds nasty and pure! The screaming is brutal but not like you are just going for a style. It sounds like real yelling! Ha ha ha.

“Thank you so much, that’s the effect metal should have on people. I don’t want metal by numbers, I want to hear something that makes me want to lie in a dark room and reconsider life! So there’s not a chance in hell I would be in a band that gave anything less.”

“From a producer’s perspective, our singer Si is one of a kind. He has honed his craft from years of touring, he tracked 5 tracks in one evening, with only a bottle of water and 4 cans of Guinness for refreshment! He gives each take everything he’s got and it’s very unusual he’s not sorted a track out in a few takes. I literally don’t know how he does it. It makes the hair stand up on the back of your neck when you see him do it in person.” 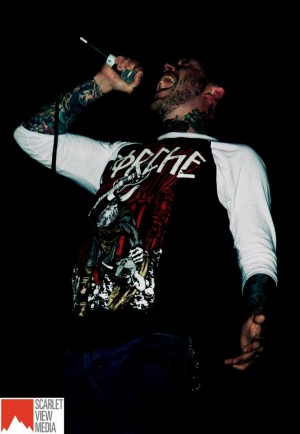 How did the Unsane cover with John from Humanfly come about? I hear their influence in your sound. I like that you draw on a lot of influences for one coherent sound. It makes the metalcore parts more evil sounding then many USA based clones of As I Lay Dying or whoever. ‘Levitating Casket’ is a serious composition. Every song on ‘Sealed Within The Walls’ makes me want to smash shit. You really connect to the energy more with your band or another European band, The Kandidate. The passion and ferocity is not fashion.

“Unsane are heavy as sin and they know how to groove. It seemed a sensible option and fit right in amongst the Canaya material so we kept it. It was great having John feature on the recording because we all go way back and he is definitely a peer of ours. It’s our little ode to the underground bands that we all love and wish we could share a beer or two with.”

“There is a certain madness manifesting itself within the music. It may not necessarily represent the individuals but it does reflect the collective and what we want to accomplish with Canaya. Spread the word, Canaya could be the plague that everyone who needs aggressive music has been waiting for!”

“How can we be heavy, musical and most importantly of all, memorable? Remember the first time you heard Slayer play ‘Angel Of Death’ or Metallica play ‘Battery’. Those songs offer hooks, yet they twist and turn start to finish. All these years on and I’m still not bored of those songs. I’d love to create music like that.”

Do you think modern music needs a shake-up or is everything fine and dandy?

“Whether it was pre-download era tapes and vinyl or the current times, I was still spending hours searching for the good bands. I find a lot more new music comes from my friends recommending new artists and albums. Word of mouth is a powerful thing! In this age of social media it’s incredibly easy to discover new music, but I much prefer seeing bands playing live. That’s the grassroots of this industry.”

Your EP artwork is intense, trippy and energized. Who was the artist and how much did the band contribute idea-wise?

“Steve Myles is the man responsible. A Leeds based artist, who is local to us, I’ve known of his work for years and always wanted to use him. His concepts are huge and almost otherworldly, and the colours are vivid and really aesthetically pleasing. Steve took a handful of lyrical ideas and song titles he went to town with it. We all thought his style was perfect and totally different to anything we have seen for a while.”

Are there any famous rock n roll spots you have visited? Like clubs or graves of rock stars or just cool places in general?

“Rainbow Bar & Grill in Los Angeles is fantastic. You can just sit in there for a few hours and you’ll see numerous musicians walk in and out. I had the pleasure of meeting Lemmy there. One tick off my bucket list! Another would be Jimi Hendrix’s grave in Seattle, a moving experience to visit the great man’s resting place.”

and hear their jam “Levitating Casket’ via Soundcloud HERE. 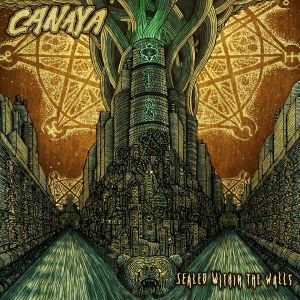