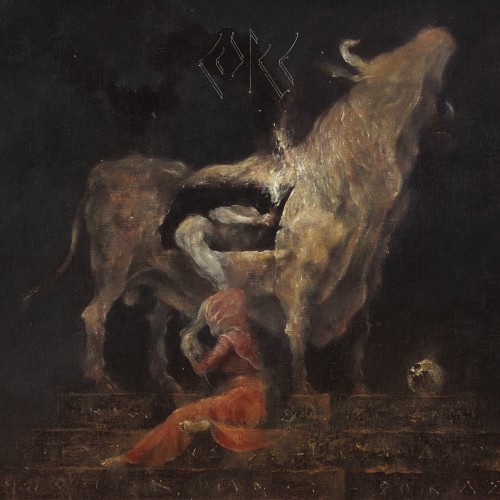 It’s probably no secret that we’re big Castle fans around here. I’ve been compulsively posting about them every other day lately. There just isn’t anyone else that sounds quite like their fiery mix of bluesy dark rock riffs with a hint of twang amidst the doomed and mysterious corridors haunted by banshee wails. We even hosted their US album stream for Under Siege. The band are a great fit for Prosthetic Records.

The new album is everything metal needs right now, a reminder of roots while still looking to sound like their own, modern band. How many bands can you hear these days and know who it is right away? I bet the list isn’t that long. If anyone can stop heavy metal from withering under siege from lame elements, it is Castle.

Click HERE to read our interview with Castle’s Mat Davis.

“Distant Attack” is very hard charging right out of the gate. Did you know you wanted to start this one off with a bang or did you pick the track order after the fact?

Mat Davis: We played around with a few different running orders – I can get really obssessed with that but in the end we came back to the original idea which was to have Distant Attack kick off the record. It lets you know what’s coming. 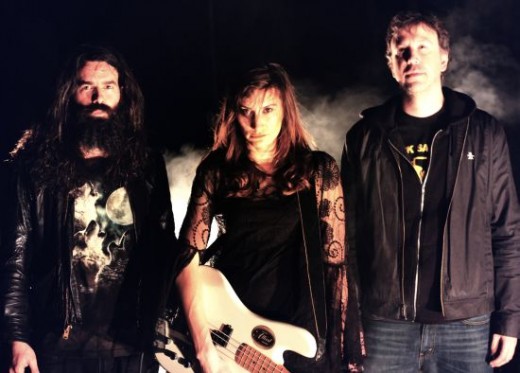 The band has such a great chemistry that it even sounds very live and real on recording. Some bands are legendary live but never capture that magic in the studio. Any tricks or advice to share, haha?
Thanks. Well we do very little editing which these days with digital etc… which is not the norm. We ususally do bass and drums live then start layering the guitars and even though it’s overdubs I like to go for feel over perfection. I like hearing some noise and fret slides and all that. I think it adds to the effect and suits our music.

How does it feel to have Prosthetic pushing this hard? Are you happy with how your relationship with the label has grown? You are my favorite act on the current roster!
Awesome, good to hear! Yeah its great working with those guys and obviously the support of a label goes a long way in getting our music out there for people to hear. This is the first record that is being released simultaneously around the world between our two labels so it’s exciting to see how it will go. 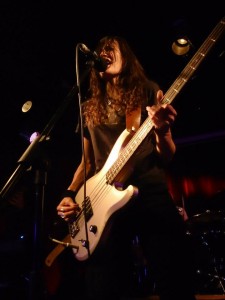 Castle really has a lot of heavy blues in the sound but you do it in a very interesting way. The frequencies of the band isboth heavy and yet lighter and more rock n roll than some bands, but still more akin to the school Sabbath than say, something like Cancer Bats. Did you arrive at your sound through trial and error or was it a goal ahead of time?

Definitely all those things are correct. It was a concious effort on my part when I started writing the first record back in 2006 to do something different and at the time I was pretty vigilant to try and stay away from the tired old cliches, blues licks etc… – I was going for something modern sounding but writing through the prism of what I knew best which is the heavy metal I grew up listening to…. plus I have a lot of influences outside metal that when introduced into that prism offer something different sounding. 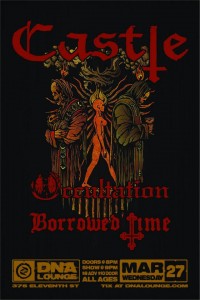 I saw on Facebook you just played Berlin. How was that experience?
Berlin is one of our favorite cities and we always have a good time playing there. This years show at the Berlin Desertfest was our third time playing the city and the best experience yet.

Billy Anderson is one of my favorite “producers” of all time. Having worked with him on Blacklands, did you have a good communication process for approaching the new album? Can you ask him to make more Blessing The Hogs music?
Haha! Yeah I agree that would be awesome… working with Billy a second time was great because we hit the ground running and were able to accomplish a lot in a limited amount of time. The record sounds fantastic and we couldn’t be happier.

“Pyramid Lake” has a very memorable opening riff and also some of the most confident and commanding vocals from Castle. Do you feel like you are really hitting your stride with this release? Not that past music suffered from any serious flaws, haha.
Cool, thanks – one of my favorites too. Yes there is definitely some increased confidence there with the vocals and it comes through by taking chances and pushing our sound further in different directions. That’s what keeps us interested and ultimately was the goal from the start.

So, I heard that this was a real tribute to the West Coast and heavy metal culture. Is that accurate? “Labyrinth of Death” reminds me of a sense of the motion of time.
Yes for sure. We wear our influences on our sleeve but at the same time, I hope, we’re reinterpreting those influences into something you’ve never heard before. The record was written mainly in L.A. so there’s a rock vibe we were trying to tap into. I think the record is dark but also up tempo at times and somewhat uplifting too… kinda like California itself. 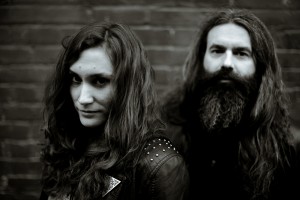 Where did the album title Under Siege stem from? Not the sea terrorism Seagal flick, I assume. I apologize if I am saying something stupid that other interviewers have already joked about, but we have to appeal to the snarky hipsters amongst our readers as well. Nevermind, to hell with them! But seriously?

The record title came from the idea of a Castle being under siege and it just sounded like a great title for the record. You know, there’s always a handful of titles kicking around and there always seems to be one that that takes on a deeper meaning during the writing processs and in this case we started to view it within the labyrinth concept that we were loosely working with on the album as a whole. It also went great with the artwork as Denis was submitting rough drafts so that was important too.