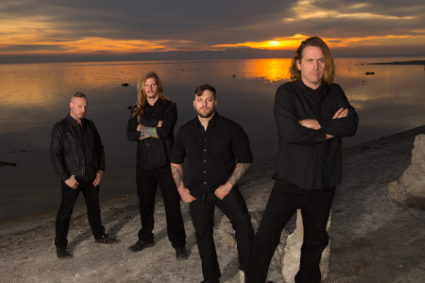 Josh Elmore of Cattle Decapitation should be proud. His band have arguably made yet another record that could be called THE album of their career, they are killing it on The Summer Slaughter tour and the band are more relevant than ever as our world chokes and burns in anguish. I knew years ago when these guys came out that this band was special and while Elmore has been in the band since the early 00’s, his contributions are tremendous. I spoke via phone with Elmore about new album The Anthropocene Extinction, current placeholder for Death Metal masterpiece of the summer and perhaps even year (we’ll see when winter rolls around).

Read the full chat BELOW.

You guys just got done?

Josh: Yeah, everyone just kind of is doing the “I’m gonna go take a shower” or
“I’m gonna go eat” thing now. So this is a good time. That is the current
situation.

Where are you guys tonight?

J: We’re in Cleveland at the Agora. It’s a gigantic older opera house from the
early 20th century. Quite the echo chamber so you have to be attentive, more
so than normal. Everything feels like there is a slap back delay on it.
Otherwise it was fine. People reacted well. I can’t complain. The monitor
person did the best they kid. It’s a big old place that wasn’t built with this
kind of music in mind.

Yeah, they had never heard anything quite like you guys then.

Or now, for that matter. The new record is fucking fantastic.

My favorite is probably still The Harvest Floor just from that it really got
me back into you guys, but there’s all these moments with this one where I
felt it might be your best. How’d you try to top Monolith of Inhumanity?

J: We didn’t try to fixate on it but obviously we knew a lot of people liked
Monolith and we had to do our best to at least match that and move forward.
That was kind of it. We didn’t dissect the new songs and compare them to
things off Monolith. We just wanted to make the record and not have it be
Monolith pt. 2.

“Manufactured Extinct” is amazing, a powerful performance from the whole band.
Especially Travis with that semi-melodic bridge section. That gave me
goosebumps. It opens the record.

J: That was, I think…before we knew the names of the songs, we write the
music. We’re not a band where everyone has recording studios at home and sends
tracks to each other. We’re old school luddites. A couple of mics and a
laptop. Send it to Travis and he’ll give us feedback, yay or nay and write
lyrics. “Manufactured…” was known as “Number Ten” for a long time
(laughing). Obviously the tenth song written. We didn’t know it was going to
be the opener. At that point in time we hadn’t written anything that we felt
was too good an opener. It sort of came together and we thought some were cool
but couldn’t be the opener. This one had a big middle section so we thought
maybe it was ballsy to release it as the opener and as the first song out,
maybe. We didn’t have that as the first song for release but when the label
heard that they were like “that’s it. That’s the first song out.” It’s just
weird to have the first song on the record be the first single for us. I never thought that could happen.

So Slagel and all those guys liked it?

J: Yeah. I didn’t get a chance to go to that meeting but they sat down and
liked it and everyone was like “this song”! Even two days later they were like
“I can’t get that chorus out of my head.” And I guess they knew what they were
talkin’ about.

How does it feel to be on Summer Slaughter again? You’ve done it a few times,
right?

J: This’ll be our third go ’round. We did the first one in 2007 with
Necrophagist, Cephalic Carnage, Faceless, blah, blah, blah. Then we did 2013
with Dillinger, Animals as Leaders. That was the last time. This time our
album was coming out right at the time this fest was starting.If you want to
get out and have your stuff be heard by as many people as possible, it’s kind
of hard to compete against this tour. A gauranteed group of people who will be
watching you. The tour TMs and bands are all really cool. This run’s pretty
diverse stylistically. Us and Beyond Creation are kind of different from
everyone else. If I had to pick the bands for this it would go under pretty
quickly. No one wants to hear one man depressive black metal from Finland.

J: Hmmm, how many counting you and everyone else. That makes twelve
(laughing). Total.So, from a business angle this is great.

It’s great you can have Arch Enemy or a band like you guys and have different
access points to metal.

J: Yeah. And there’s people who’ve told us (adopts hillbilly voice) “Well,
I’ve never heard of y’all before. Are you a new band? Man!” Or they were there
for another band and get turned on to it and buy a CD. You go to see one band
and get turned on to others. It’s an experience.

I had a fun time seeing you with Prong in NYC a few years ago. You just
like…leveled the place. Gramercy, maybe.

J: Oh yeah. With Soulfly and us also. Yeah, I got Force Fed when it came out!
They played a couple from Beg To Differ that night. Yeah, I was like ,” are
you going to play “Freezer Burn” or anything off Force Fed?” and Tommy was
like “No, man. I don’t know how to play any of that shit anymore.” (laughing)
And I was like (sheepish) “Ok. Thank you, Mr. Victor.” (laughing)

It was cool to see you play to some of the more mainstream Soulfly fans and
like freak them out.

J: Oh yeah. We had some interesting reactions on that tour. I think it was
Salina, Kansas. There was this place that was really small. We felt like it
was too small for Soulfly’s production. We’re outback loading everything back
into our trailer and pouring sweat. This group of people out front are talking
and like “Man! You see that last band. Oh God!” and someone’s like ,”Shhh.
They’re right there!” and this chic goes “I don’t give a shit! You know what,
guys? Y’all fuckin’ suck!”

J: I was like ,”Wow. Thanks! You’re a charmer.” And she was like ,”I’m here to
tell the truth.” Oh, you mean give your opinion. Which is obviosly omnipotent
truth. So that was funny. Or people going ,”what the heck just happened?” I’d
rather have that (laughing). So, y’know. Whatever.

Peel faces. I wanted to ask you some of the themes of this one. Did you know
it was gonna be more environmentally focused?

J: We didn’t get a lot of that until close to the end. Upon request he’ll send
us copies of lyrics and be like ,”Alright. It’s not done yet, but it’s close.”
Coming from Monolith we knew we wanted to make it darker and more evil
sounding. Not just pummeling but more discomfort. As far as the cover and the
Pacific Garbage Patch…it’s not a concept album but that kind of floats
through the songs.

Literally floats through the songs.

J: I didn’t even mean to say that but I guess it works. I heard about it on a
Vice special, and this is probably a scathing critique of my lack of
awareness…but one of their reporters went out to the so called Pacific
Garbage Patch on a sailboat. People call it an island but it’s not an island.
It’s a congregation of plastics and various items that, due to the movement of
the ocean is kind of tied to this area the size of Texas. It’s water bottles,
lighters, bottle caps. Stuff that after it’s been degraded it forms these
nodules of plastic that take hundreds of thousands of years to disintegrate.
There’s also a documentary called Midway. I don’t know if it’s been released
yet but it has been in production. This photographer or documentarian goes to
see seals or birds or whatever that have digested all this plastic and died on
the beaches. As they rot all this plastic is spilling out from inside that
they’ve digested over time. He takes these really incredible photos. There’s
this iconic one of a sea bird on its side with all this stuff coming out.
Going with ur cover art, it was inspirational. Though ours is humans. I don’t
know how many people would be eating plastic but, you never know.

We kind of do. So much artificial crap.

J: Dramatic impact. Yeah, depending on how much processed foods you partake
of. So that’s kind of how it came about. Travis was inspired to write the lyrics for “Pacific Grim” and “Manufactured Extinct.”

Does it get tiring…in punk before social media you’d kind of do what you could and spread the word. Amanda Palmer the indie artist just posted how social media is controlling the reach of posts these days. Does it get discouraging how supressed real messages become at times?

J: We just do what we can. We’re not…since it became more well known when we signed to Metal Blade we became “that vegan band”. That became everything we were about and nothing but preachy to people. The audio version of throwing pamphlets at a rally. I was talking about this with someone earlier today. We are about awareness. We sing about real stuff that’s happening that is horrible and also murder/horro fantasy stuff. It’s a lot of the stuff that I grew up on and consider classic, but we for awhile…prior to the past few records it wasn’t in a preachy manner but if our name came up it was “here we go. Meat is murder!”. Obviously we try to be more eloquent while still being death metal. We do what we can and others do or they don’t care. That’s their right but don’t say we didn’t tell you so.” 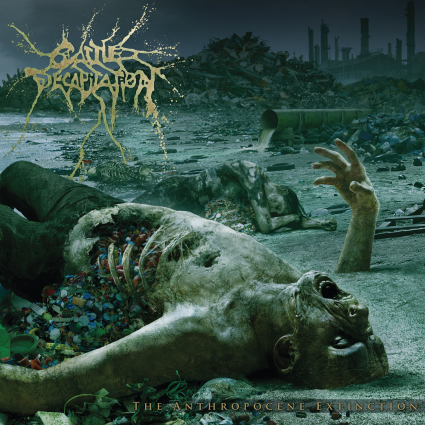