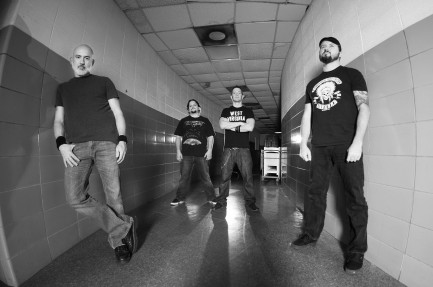 Byzantine are in perhaps better shape than ever with a newly re-constituted line up and a fundamentally ripping new album To Release Is To Resolve. Chris Ojeda and Matt Wolfe speak to Metal Riot about how sometimes letting go is moving forward. Get the scoop on the veteran thrash/NWOAHM band’s latest work BELOW.

I’m glad you guys are back. I’m embarrassed to say I lost track after Oblivion Beckons. I LOVED that release, especially the political elements. When you guys broke up I got mad at you, haha. And I heard you were just doing one off shows and I was a bitter fan with a jilted heart! Haha. But I’m so glad to learnof the self-titled AND the new one To Release Is To Resolve. How did this latest record get off the ground?

Chris Ojeda: After the release of our self-titled album in 2013, we went through the rough time of losing 2 very important members. Wolfe and I decided very quickly we were not going to let this die soeasily this time. We had just came out of a 5 year hiatus, so quitting wasn’t an option. Once we landed Brian Henderson (guitar) and Sean Sydnor (bass), we immediately started working on playing more live and working on the 5th album. We also really wanted to work with Jay Hannon (7over8 Studios) since we had such a good experience on the 4th album. We used the crowd funding site Pledge Music to get the initial money for the album and now we are just weeks away from its release. We are extremely happy to see this hit stores.

I love the production on this album. “Scold’s BridlE” has the punch and strength with a great snare sound and is a little more straight forward at first then some of your more technical stuff, but has the really innovative ambient bridge into the almost Candiria meets NWOAHM outro, a really cool combo of styles. Way to kick off the album with a bang! What were you going for this time?

Matt Wolfe: That song is definitely one of the more straight forward ones on the record. But, I think it opens the album nicely, in that it’s very abrupt and startling at first, and heavy all the way through. 3. How did it feel bringing in the new guys into the band? Were there doubts you could continue at first? Wolfe: For me, it breathed new life into the band in more than a literal since. It’s nice to be playing with two guys that I’ve been friends with and had musical connections with for many years already. I’m having the best time I’ve had so far being in this band!

I admire your resolve to make more Byzantine music. Many bands fold who have faced a fraction of what your band has. I mean, you were breaking bigger right when people really were at the perhaps peak of questioning industry models and without as many fresh strategies for social media marketing or promoting music in the digital age as there are now in 2015. Agree? I honestly really always thought of you guys as the closest peers of Lamb Of God but with a more progressive streak.

Ojeda: Totally agree. There have been quite a few bands that have hung it up over the past few years, bands that were our peers. Shadows Fall, God Forbid, Chimaira, just to name a few. Not having the label support and not knowing how to move forward without it is the death knell for a lot of great bands. For us to leave the record label side and do it DIY and be just as or even more successful was a very hard thing to pull off. We feel very fortunate to be able to run our own band like a business and still be somewhat relevant 15 years after our inception.

Love the album artwork. Can you discuss the image? Kind of reminds me of if Iron Maiden’s Dance Of Death had been more well executed and with more pagan elements to the masquerade.

Ojeda: We secured an amazing pen and ink illustrator by the name of Christopher Lovell from the UK to do the album artwork. Not only is he a big fan of the band since way back, he’s a world class and very in demand artists, so we were extremely lucky to work with him. We sent him demos of the material and the album title and let him run with it. He designed the whole intricate piece based solely off the music. I’m completely in love with it and can’t wait to press this on vinyl.

Is the album title about releasing outcome? Kind of trusting the process and hoping things work out and resolve well?

Ojeda: The album title has 2 meanings for me: The main theme is based on the releasing of relationships in order to resolve situations. I recently went through a divorce and also the loss of our 2 members. Those relationships had to be released in order for things to continue. It’s been a total life lesson for me. Musically, to release tension in a song you need to resolve from one key to another. Minor to major, for example.

Is “A Curious Lot” the song you relate to most? Is that how you pick singles or is it based on songs you think will fire people up most? “The Agonies” seems another good contender for a song people could relate to.

Wolfe: Generally, we might choose a single by determining if it’s accessable enough for some people who might not have heard us before. So, it may be one of the more easily digested songs on the record. In the case of this album, there are a lot of really long songs as well. We have to kind of pick singles that are short enough to make radio play.

The guitar tones on this album are outstanding. Everything builds and there’s a real thrash crunch and attack to the marching parts, but also a certain controlled insanity to the band’s energy. Byzantine has always had that, something as a big early Bad Brains and Sam Black Church fan I crave in punk and metal.Your band always seems to give the extra mile on the records and I regret I still haven’t see you live.

Ojeda: We appreciate the nod towards the guitar tone. We used the Kemper modeling amp for this album and ran it through a Mesa Boogie Power Amp and a Mesa 4×12 cab. It gave us a very tight, percussive yet not too over-driven tone, like old Metallica. We will be trying to play a lot of markets we haven’t played before on this album cycle so hopefully you’ll be able to catch your 1st Byzantine performance this year!

Do you think it takes a certain type of madness to retain a cult metal band following and keep going?

Wolfe: Absolutely! We all have a certain amount of insanity to make the sacrifices that we make to be in this band. None of us are right in the head! Tons of sacrifice. Very little gain. But, it’s all worth it! 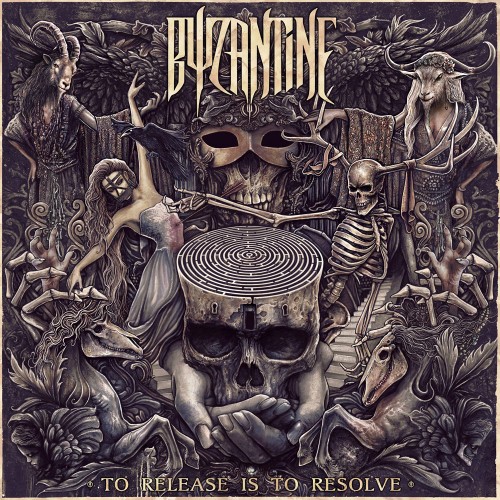