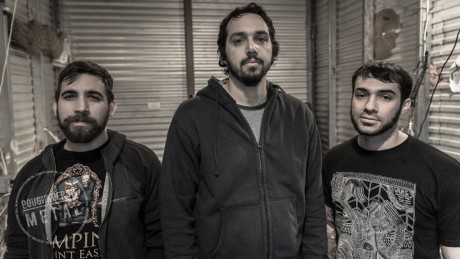 Clover just recently recorded and mashed out a beastly single “Glory Days” on their own, with my old engineer/guitarist buddy D. James Goodwin at The IsOkOn in Woodstock, NY mixing it  (he’s worked with Devo, Murder By Death and my old band Fuse, to name a few). Subsequently, there is now more awesome heavy music in the fuckin’ world!

Clover are one of the more rugged bands in the current East Coast hardcore/metal underground in terms of full commitment to accepting the joy in whatever level they are at while beating the shit out of everything in sight with jackhammer riffs in order to make damn sure the whole world knows they exist. I cannot fault this method.

Bassist M. Guthaus checks in with us BELOW. 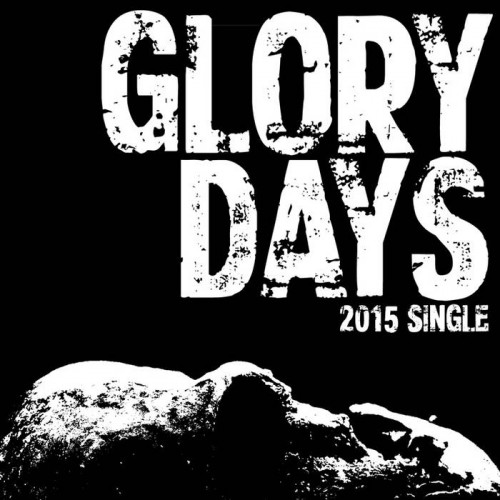 what is clover up to? you are entering studio? We’ve just finished writing our second full length album and are getting ready to record it in a few weeks.

how has the reception to the band been over the last few years and does that color your work? it seems you just have a vision and great attitudes.

From the start, we have always written our music in a way not to conform to any trends or musical fads. One of the criticisms that I hear the most about our band is that we have a very 90’s metalcore sound. While I do understand where this reference comes from, that has never been the objective of the band. From the start, we have always tried to create a sound that we would want to listen to had it not been us that created it. We all have different tastes and musical backgrounds so it all has evolved into the sound we have today. Personally, I have always had a soft spot for 90’s music so the 90’s reference is not that much of a surprise to me. Most of the material for our upcoming album I would consider a lot different than our previous efforts so maybe people will drop the whole 90’s label when the record is released. We will see.

do you think bands are lazier or more hard working now? or does it really just depend since the environment is kind of more suited than ever to charting one’s own course?

We live in a time where a band has the ability to create a presence and image for themselves while literally never stepping foot outside of their door. While this works out to benefit a lot of new bands in their early formation periods, I think it quickly weeds out the bands that are truly hard working from the ones who are just lazy. What I have seen a lot of in recent years is that new bands are way less proactive in their music promotion and solely just rely on social media and the internet to get their name out there. People need to remember that someone is way more likely to check out a new band if a friend tells them that they saw them play an awesome show the night before, as opposed to just seeing their name appear on their news feed for a split second. New bands have to make sure that they go out and play a lot of shows if they really want to get some sort of a lasting buzz going. Too many times than not I have seen bands make Facebook pages, release one track, gain +1K followers in a week and then just fade out into obscurity 6 months later. Their whole recording was done on a mac book pro with zero live amps, zero live drums, and an auto tuned quantized vocal track. Some of them have never even played a live show during their time as a band. The bands that have this kind of approach to their craft are the ones that I would consider lazy. But like I said, they will undoubtedly lose interest in their music and leave the hard working bands as the ones left standing in the long run.

what was a recent crazy show you played?

I would say that would be the few times we’ve played a one percenter biker bar in upstate New York. One of our good friends who used to jam with me and Steve back in the day, joined a motorcycle club a few years ago. He told us that they frequently have open house parties where they try and recruit new prospects but also want some musical entertainment there as well. He invited us to play one of these parties so we took him up on the offer. The funny thing is, I don’t think we fully understood what we were getting into until we actually got to the clubhouse. There were secret passwords to get in and out of the building, guys walking around with lump hammers and other various “hand tools” in their back pockets, baseball bats in the corners of a few rooms, and members from some other well known motorcycle clubs walking around. One of the members actually came up to me while I was setting up the PA and started asking me if any of the microphones were wireless. I told him that none of them were and his response to me was, “Good because I have a detector on that will let me know if there is any sort of wireless communication shit going on in here”.

While nothing crazy ever directly happened to us while we were at any of these parties, the vibes were always insane. You could never fully relax because there was always the potential for so much bad stuff to happen in such a short amount of time.

your blend of metal and hardcore is an interesting hybrid. lot of groove but also very heavy and grinding, but not grindcore. id say you’re more on hardcore side than metal but so much heavier than many hardcore bands. agree?

I never really know what to classify us as far as genres go. I would say there are lots of elements of hardcore, metal and groove in our music, but we can’t identify with just one particular sound. As I said before, we all come from different musical backgrounds and have such varying tastes. I think that is a major part of what has given us such a hybrid sound. A lot of it comes down to our songwriting process as well. A typical songwriting scenario would be this: Anthony will come to practice with a riff. It may be fast and thrashy sounding, but we decide to work with it and see if we can have the drums and bass do something a little different under it. Me and Steve will start jamming it a bit and we’ll put down more of a grooved out feel under it. Then I’ll start working the vocals and lyrics to it, which may have more of “hardcore” sound to it. A lot of our songs get written in this sort of fashion. I think a perfect example of this kind of a song would be “Berserker” off of Vultures. The main verse and chorus riffs in that song are super thrashy sounding. While we were writing the song though, we decided to have the rhythm section groove out under the chorus. We thought it broke up everything nicely.

how did the name clover come about and what did it mean to you?

I came up with the name “Clover” after seeing it on a street sign and thought it would make for a cool band name. That’s really all there is to it. I also dug the name because a lot of my favorite bands all begin with the letter “C” (Coalesce, Converge, Cave In). I always thought it would be nice to one day have our record sandwiched in between all of theirs haha.

how does it feel to be from the hudson valley area reppin’ this music?

I feel very fortunate to come from this area and be part of such a talented and diverse musical community. Having been out on tour the past couple years, I have noticed that while a lot of areas might have a select few awesome bands, no area seems to have the diversity and creativity that the Hudson Valley music scene has. Bands from this area always seem to be pushing the boundaries and naturally not sounding like everyone else. It is really quite refreshing.

any bands or venues you want to shout out or a cause you’d like to champion right now?

Some local friends of ours, Dead Channels, have just released a new record called “Phantom Pain” and it’s ridiculously awesome. Everyone should go buy it.

what do you find is the most liberating thing bout playing live?

For me it’s the one time of the day where I get to hold everyone’s attention and have them listen to what I am saying. I consider myself a fairly introverted person who likes to keep in the background at most social settings. I spend most of my day listening to other people talk as opposed to having other people listen to me. When I go on stage though, all of that is different. I want everyone to hear what I’m saying and being the bass player in the band, I want them to FEEL what I am playing as well haha. 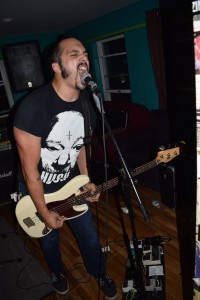