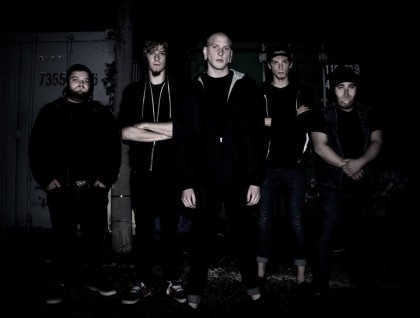 You know at Metal Riot we strive to keep you up to date on some cool stuff in the metal world you know and love, as well as expose you (or ourselves) to new talent. Yep, making them look right at us while we expose our…forget it. But for real, sometimes newer bands come along and really hit the ground hard with a sound that has immediate impact. Continent are such a band.

From the crater blasting impact of the fairly scarier vocals than most deathcore to breakdowns so slow it slips into another genre all together, this band is a pretty interesting listening experience.

You have been warned. Click HERE for an interview with band members about their new release Wasteland. 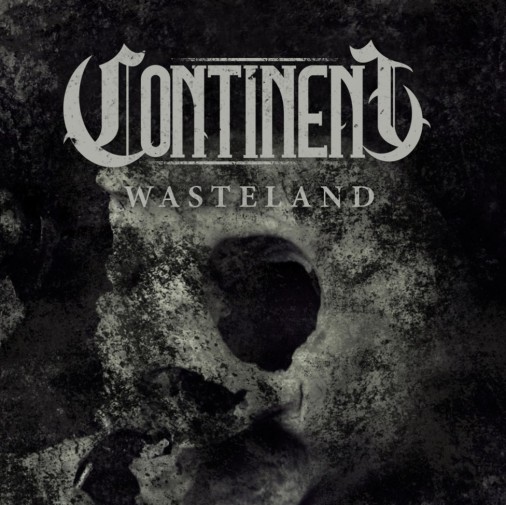 How did it feel writing this monster EP? It’s just so heavy the whole time. Let’s get right into it! “Fake” is a beast. Anyone that is directed at?

(Evan) – This EP has been in the works for a while now and we couldn’t be happier with the end result of it. Heavy hitting is what we aimed for and we think we have achieved that with this. The track “Fake” is directed at the people that have been in my life that have fed me lies and back stabbed me. I feel everyone can relate to this song in someway.
I like the at times brittle tone to the vocals, like the voice is shredded into bits and peaking, it sounds like. There is a certain Godflesh level hellfire to “Slave” that takes deathcore breakdowns to that crossover point with Industrial metal but you guys make it work and it is punishing as fuck! How crazy do your shows get?
(Evan) – We like to bring as much energy to our shows as possible. We feed off of the crowd and I feel the crowd somewhat feeds off the band so we always try and give 110% to our shows.
(Justice) – The crowd really gets into our music its nuts I love to see people throw down and have fun when we are on stage… like Evan said the crowd really feeds off of our stage presence and we feed off of them.
What do you feel holds back the scene today? Is there too much envy over teamwork?
(Justice) – I think bands are starting to work together, at least in the Niagara Scene, all of the local bands seem to be friends and help each other out with pretty much anything!  But we have been to shows outside of our scene where bands haven’t had the same hospitality as we are used to and that’s unfortunate.
Care to comment at all on the label drama between Traitors and We Are Triumphant? I have talked to both that band and met Greg from WAT before and I hope the scene can get back to focusing on making good shows and solid metalcore records happening instead of beef.
(Justice) – I can’t really say I know the whole story behind what was going on between WAT and Traitors but it seemed to be blown way out of proportion, making memes, starting rumours targeting Greg, and I don’t think the band should have taken it to the public. Greg has been nothing but a pleasure to work with and we as a band consider him a friend and are honoured to be a part of the WAT family.
What is the music climate like up near Niagara Falls. The only band I really know from up there was a UFC metalcore/nu-metal crossover band called Stemm, but they broke up. Nice dudes, though.
(Evan) – The music scene in Niagara has been dead for a couple years but it’s starting to pick up again and everyone around here couldn’t be any happier about that. With bigger shows coming through here there has been more turn out each show.
How do you hope this release prepares people for what Continent plan to bring to the table? Was your name inspired by the Acacia Strain record with a similar name?
(Evan) – We hope that everyone is ready for some more and heavier music from us after this release. The name came about in conversation and we just rolled with it. It wasn’t until after we decided on it that we noticed the TAS cd with the similar name.
What do you guys do for day jobs? Is it hard to switch between musical worlds and other parts of your lives?
(Justice) – These days its hard not to have a job and per suit music, we all work one way or the other, two of us are in college full time and the other three working full time jobs but in reality our music is what we love the most. I personally don’t find it hard as I grew up in a musical environment and learned how to balance. All in all we are very passionate about our craft and we sacrifice a lot to keep the fans happy.
thanks again!

More On: Metalcore, Exclusive, Continent, We Are Triumphant Records
share on: