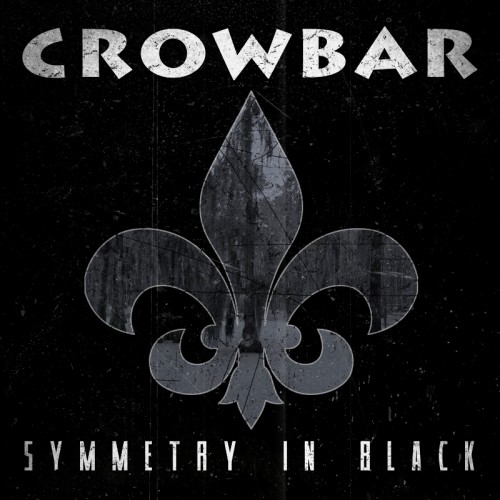 New Orleans’ stalwarts Crowbar are mainstays of the sludge scene, pioneers of the doomed path and heavy metal kings in the underground. Ex-Down guitarist Kirk Windstein’s first love is an institution of down tuned glory and gruff songs of hellfire and redemption. Kirk keeps trudging one foot in front of the other towards finding the perfect Crowbar riff, a disciple of the school of Sabbath.

Crowbar are one of the ultimate metal bands to me. Symmetry In Black shows Windstein celebrating the 25th year of Crowbar with an album that can proudly match any of his best achievements. Opener “Walk With Knowledge Wisely” seems to continue on the themes of learning from the past that were so prevalent on Sever the Wicked Hand, the previous monster Crowbar release (and also one of their best). “Put an end to what poisons you,” insists the remorseless vocal. And the 3:20 mark has one of the best riffs in the Crowbar universe, which is saying something.

Kirk couldn’t tour as much as Down needed to without risking his health, but the band are doing fine without him as their new material (especially “Steeple”) blessedly revealed. You can have C.O.C. without Pepper Keenan (though I miss his vocals), but there is no Crowbar without Kirk.

[youtube]http://youtu.be/YQvcSuoRENM[/youtube]
How have you been since returning to just Crowbar? Does it feel good to have such a positive reception to Symmetry In Black? Once again you’ve made a quintessential Crowbar work. It kind of reminds me of the hi-fi feel of Sever The Wicked Hand mixed with some of the darker guitar and clangy bass tones of Lifesblood For The Downtrodden.

KW: I’ve been great, thanks, and thanks for the kind words about Symmetry In Black!!! It feels amazing to have such a positive response to the new record.

How was Maryland Death fest this year? Any personal highlights for you?

KW: It was awesome…sold out, great crowd!!!

Speaking of the new album, do you feel there is a symmetry to Crowbar’s work? Looking back at all the albums is quite a trip. Are you startled you have made it this far? How have you learned to “Walk with knowledge wisely”;, so to speak?

KW: I do feel there’s Symmetry to our work. It is a little strange to say we’ve been around for 25 years, but we feel very Blessed. Yes, i “Walk with knowledge wisely” every day.

Any plans at this point to do more Kingdom of Sorrow?

KW: Sure, when the time is right.

Was it hard walking away from Down? I mean, you were always my favorite dude in that band! The new material without you is keeping the legacy alive, though. I mean, I’d rather have Down with no Kirk than no Crowbar! Was this for the best?

It was hard in some ways, and the easiest thing I’ve ever done in other ways. It had to be done, and it’s for the best.

Do you feel there is more appreciation for slower, heady metal these days? We’ve got new Godflesh coming out. Very heavy bands like Pilgrim or Vainaja or the witchy wonder of SubRosa.

KW: Yes, there seems to be much more appreciation for slower heavy music, and i think that’s a great thing!!! 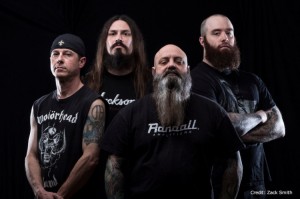 If we can back up to the last album for a second, “Let Me Mourn” is one of the most powerful songs you’ve written. It still gives me chills and makes me think about friends who died too young in my own life. Did you know that one was special?

KW: I have lost many, many friends to drugs and drink so that tune hits home. We still play it live almost everynight! I knew right away that it was special.

Can you talk about the Peter Steele tribute “Symbolic Suicide”? It has such a classic Crowbar vocal delivery and I think Carnivore fans will dig the faster parts.

KW: I’ve heard him use the term “Symbolic Suicide” in an interview many years ago. I just felt like writing my version of a Carnivore tune, lol. Peter was such a huge, huge influence on me.

Yeah, for sure. Type O are kings. Anything you want to say to the fans? Thank you for so many songs that carry us through the rougher days, brother man!

KW: Thank you, and thanks to all the Crowbar fans worldwide for 25 years of support!!!