Interview: Darkwalker – No sleep till Devar-Toi 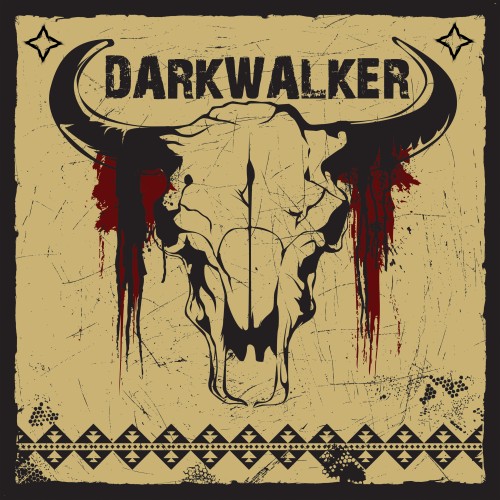 L.A.’s Darkwalker are a sun burnt, Gibson slingin’ stoner rock/grungy/doom band who have a chipped away for about ten years finding the right line up and chiseling away at the glorified axe worship on their wailing Basement Records debut The Wastelands. Serving as a crash course in Sabbath fandom with lyrics culled from Stephen King’s The Dark Tower series for inspiration, this band is worth travelling with.

Read an interview with Derek from the band BELOW.

Great record! Love the production and the big, full rock sound. “The Battle of Devar-Toi” is my favorite track. What’s the title from, by the way?

Derek- Thank you very much.  We are really happy with the final product.  Ha!  It’s great to hear you like that one.  We’ve been getting a lot of positive feedback for the record.  It seems everybody has a different favorite tune and for me that’s the greatest compliment.  As to the song title it’s in reference to book VII of Stephen Kings “Dark Tower” series.  So much happens in the book but this particular part stuck with me.  …And no, there’s not a cool bone in my entire body. Haha.

The vocals kind of remind me of classic Ozzy with harmonies sort of mixed with desert rock. Does this accurately describe your influences?

Yeah that’s definitely a part of our influences.  For this band Hector pulled from influences like Sabbath (Ozzy and Dio), Danzig, Steppenwolf, and the Wild Angels soundtrack for the music.  I’m all over the place.  Beach Boys, Queen, and The Beatles are the ones that got me hooked on harmonies.  Plus all the typical heavy hitters… Really anything that inspires me to write better.  But I love to hate Chris Cornell… He’s just so damn good.

You guys recently changed your band name, right? How’d you settle on Darkwalker and know it felt right? It’s got a good sort of ominous vibe that goes well with the confidence of the riffs or the album title.

Yes we did and it was the worst, especially since we were so attached to the first name and had just over a week to come up with a new one.  We were looking for a name that didn’t scream any particular genre but also sounded intriguing.  Like Kiss, Rush or Bad Company, prior to hearing the music the names don’t associate with any particular genre but once you listen the name takes life.  So with the pressure of a deadline we went through 70 plus names until we whittled it down to the favorites, which were of course already taken.  Ha!  Figures…. So then we just came up with a few themes and words that resonated with each of us in terms of the overall feel of the band and that’s what lead us to Darkwalker.  Plus we were really sick of band names.  But I think you nailed it with “ominous”.

Speaking of the record title, The Wastelands...is that a metaphor for America these days or are you T.S. Elliot fans?

Nah we weren’t trying to be that deep.  Haha… The poem is however where Hector got the title from originally.  I guess he had been kicking that title around when it was still just instrumental.  We actually didn’t talk much about direction or try to plan anything out so when things started fitting together on accident we got excited.  It was eerie how the album title sat so well with the music before and then after the vocals were done and then once I heard the title I practically jumped out of my skin.  I thought Chuck, our producer, was messing with me for a second.  Couldn’t have been more perfect.

How much focus is the band going to get compared to other projects you are involved in?

I give it as much attention as possible.  Between family, work, and another band it’s a circus act trying to stay out of the dog house with my ol lady.  But as soon as Hector gives me more material I’ll dive right into it.

Any tour plans coming up or stuff in the works you want to tip off new fans to?

Well nothing is off the table but currently we’re trying to recruit a couple friends from other bands for a few shows.  Darkwalker has pushed its way up the priority list even though we each have another band.  We were also thinking about recording a few covers and last I checked Hector was starting on a pretty ambitious follow up.  Needless to say I was practically begging him to run with the idea.

“Drawing Of The Three” opens with such a big riff and those cool, almost Alice In Chains harmonies. Were you guys influenced by DIRT? And Is that a Stephen King reference in the title? I’m reading Bag Of Bones right now, myself.

Oh for sure.  Such an amazing band.  There’s this eerie, sinister but sweet sound they’re voices make and I was going for something kind of like that.

Yes “Drawing Of The Three” is straight from Stephen Kings Dark Tower series.  The record could actually be considered a concept album.  Every song is some part of that series.  I wrote “Black Thirteen” and then I hit a wall lyrically.  I happened to be a couple books into the series and so I just ran with it as the influence for the lyrics.  The vibe I got from the music seemed to pair with the series.

How long did it take to get this record made? It’s really satisfying from top to bottom, unlike a lot of slapped together records these days.

Thank you.  Well just about 10 years.  Hector wrote all the songs and Chuck thought there was something good about them so he kind of became their champion.  Took a few years to find a drummer that fit and then started looking for a vocalist which took a few more years.  A mutual friend showed Chuck my old band and then he reached out to me.  After I demoed the first song “Black Thirteen” it was about another year before it was all finished.  Worth the wait! 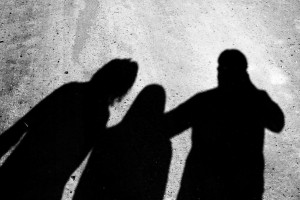