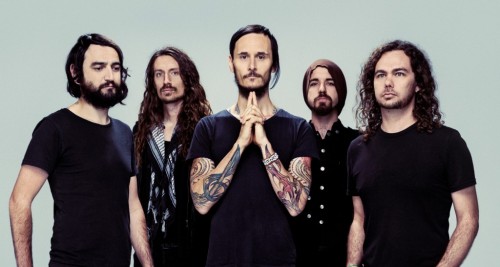 It is always cool when some really unique stuff finds mass appeal, whether it be Lorde or Beck or, like…i dunno, Mudvayne’s L.D. 50. or Mastodon’s The Hunter. Australia’s rock standard bearers of the moment, Dead Letter Circus are back with The Catalyst Fire (available now right HERE).

Dead letter Circus is music for real music fans. They aren’t a super heavy band and some people think they are emo because they are catchy, but really this is an expansive, lush and deeply talented alternative hard rock band with stirring prog elements and a real “don’t give a fuck” belief in their sound. “I stopped thinking about the labels people put on styles of music a while ago.  There is music I love, music that I like and music I despise,” says vocalist Kim Benzie.

I’ve been listening to Soundgarden’s King Animal a lot. It isn’t their heaviest record but it is still THEM. “Bones of Birds” or “Halfway There” are just great songs. It is sad when people can’t appreciate things for what they are (as long as something isn’t extremely shitty, hahaha). But, my point is…If you like melody of The Ocean on the brilliant Pelagial or think The Safety Fire or Saosin’s stuff as refreshing then there really isn’t a reason why you should dislike DLC. Dead Letter Circus are catchy and have more accessible parts here and there, but it is welded to a framework of unbridled freedom rock fans should recognize.

To read an MR Exclusive with Kim about lighting mental fires via making music for everyone, no one and themselves…please click HERE. 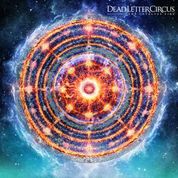 Love the record. Really something you could listen to anytime of day, which can’t be said for all music. Some people have said they thought you were an emo band and I always say that you are so much more than that. “Alone Awake” has more depth than most of the songs I have heard this last year.

Kim Benzie – Thanks, mate.  We’re all really proud of the end product and we actually worked our asses off to get it to that level.   I am a massive fan of the old days when you could play a record start to finish and every song is a standout.  Unfortunately the industry strayed away from that over the last decade and the focus became very much on singles and faster album cycled at the expense of an all killer no filler album.

What did you feel you had to do on The Catalyst Fire to create the catalyst for This Is The Warning‘s impact to not only remain, but grow?

I think the reason TCF is a  step forward is because we were a lot more confident with our sound.  We experimented a lot on the last record to broaden the scope of what we can do and it seemed like everyone loved every song,  so this time round we knew what we were there to do, rather than only having half finished songs and winging it. Also with the departure of a member we felt like we had to prove to ourselves we were still worthy of the name and music that is DLC.

Stateside you’ve got the Born of Osiris tour going on and then also the Polymorphism tour coming up in Oz with fuckin’ Karnivool! Is it preferable to do tours like this where the other peers on stage are actually talented? Not to say that you’ve toured with shitty bands at all, hahaha.

The Karnivool tour is going to be a historic event.   They actually gave us our first 6 touring shows 8 years ago  and we haven’t toured together since.   We always talk about it when we all hang out together but we never actually thought it would happen with scheduling.   I think playing with amazing bands is always the goal for the fans and for us.

There are few rock records that capture the expansive and “smart” but still poppy/memorable (in a good way) vibe your band can pull off. Some things that came to mind were Codeseven’s horribly underrated Dancing Echoes record. Some later Filter. It’s not an easy bridge to cross. Do you think your sound was influenced more by outside forces or your own decisions as a band? 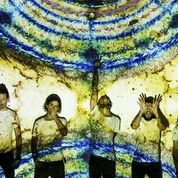 Honestly when I am writing I don’t listen to any music and just dive into DLC land.    I know a lot of people in bands who might grab a beat from somewhere or some little moment from a song they heard,  rip it off and then write a song around it,  but it’s never really worked for me like that.   I’m still of the opinion that the music chooses the artist and we are the vessels for it.   I feel really blessed to be in this band playing this amazing music.

I have heard people in prog communities (little forested villages online where these people live) discussing hidden symbolism in the cover art for the new record. Are you possibly attempting to open a vortex to rock n roll land? Or is that just the ayahuasca making me feel everything is connected?

We spent about 2 months creating the Mandala.   I met this amazing woman in the Peruvian Amazon whom is an apprentice Ayahuasca Shaman named Klara Soukalova a few years ago.   She loved the message of the band and designed an amazing tattoo for me that I now wear on my chest.  When it came time to create the album art,  I was talking with Cameron Gray, the band’s artist, about collaborating with Klara to create something amazing and connected to the beliefs that myself and some of the other band members hold regarding consciousness expansion.  He is a massive fan of her work and agreed to what he didn’t realize would be one of the hardest couple of his life that involved corresponding with someone in the middle of the amazon and trying to bring to life a concept in my head. We did about 102 versions until it finally looked right.   Every single element,  every molecule, the positioning and order of Klara’s symbols had to be perfect,   and then we had an anxious wait to see if she approved at the end.

Again as with the music,  I feel like the artwork chose us.

“Insider” is a really powerful, stop you in your tracks song. How did it feel to finish that song and hear the playback on the studio monitors for the first time? Any part of the world you would particularly like to play this song live?

I love that track.   It was our challenge track on the album from the producer to do something at a lower dynamic.   The demo of the song was actually pitched 3 semi’s higher and was a lot heavier.    We fought it for a while but when we recorded a version of it in it’s current key it actually told a different story closer to the emotion of what the words were singing and I’m glad we did it the way we did.  I’d like to play it at Download festival mainstage 2014.

Do you think we live in a time where we can potentially harvest enough energy as a people to really change the planet for the better? I like to keep it positive. Like, where are the bands that try to be Queen, anymore?

I think at this juncture of our evolution there is a lot of doubt that we can reverse and adjust to the right path.   But I believe it is one of the reactions to becoming truly awake  to the true mechanics of the world.  No one trusts their government and the obvious truth that big business and a very small and select elite few control the many is common knowledge,   but people feel powerless to change it.  The main reason is we have been made to feel separate from each other when in fact it is an illusion created by the people whom control us.   But the amazing thing to behold is cracks forming in the construct,  they really are and it’s not something you read about in the media, it’s in the conversations between people all around us.     It’s early stages,  but the revolution is in full swing and the old grey men sitting on their paper thrones know it.

Lastly, I think so much music is important. I can equally value Lorde or the great Maya Vik or Moonspell, for example. Do you think people will ever stop comparing genres like football teams?

I stopped thinking about the labels people put on styles of music a while ago.  There is music I love, music that I like and music I despise.