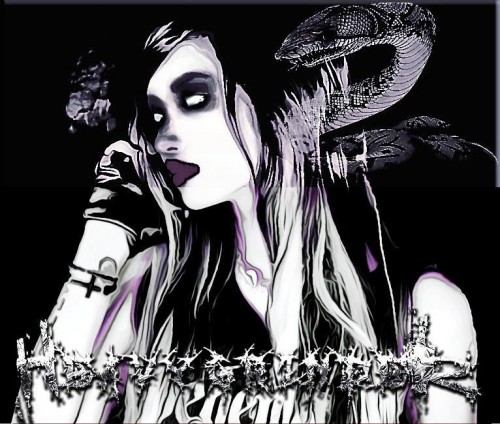 I think metal moves us all differently and every metalhead is their own unique beast. Some like it blackened and slathered in Satan, while others like it detuned and AxeFx’d. The thirty plus years of metal have spawned so much fucking innovation and diversity, that people take to their soap boxes and denounce what doesn’t move them. Yeah, I have to write a shitty review now and then, but that doesn’t make me right or that band terrible. People are out there buying albums and merch, keeping that band on the road. It is for those people that musicians and bands stay together, not for proponents of negativity. I am now done soapboxing about soapboxes.

Heavygrinder remixes metal songs with huge drum and bass electro. No surprise that starts a fair amount of fires. “Some people are very purist and consider any contemporary interpretation of these genres as a disrespect for the original songs. However, I truly believe that what I’m doing is giving new life to amazing songs, making them accessible to a new generation of music lovers who otherwise would not be exposed to these artists.” She dropped into Brooklyn for a one night show and took some time out to talk about her “Metal+Electro” movement.

Click here for the interview and her latest remix of  “Into The Void” from my personal favorite Nine Inch Nails album, The Fragile.

How’s New York? When’s the last time you were here?

New York is amazing! I love the people, the culture and the city as a whole. Last time I was here was about a year and a half ago, but it’s always a pleasure to come back.

What else is on your immediate radar for the first part of ‘014?

I’m playing with Ghost Town at the House of Blues in San Diego this week and flying to Dallas two days after for another show..

You just released “Warning Destruction.” What’s the feedback for that been?

“Warning Destruction” charted for a few weeks on the Beatport Electro­House Top 100, which I consider amazing feedback. I have the most amazing support from my fans and friends, and I can’t thank them enough for that!

Being that it is an original composition and an expression of yourself, what do you want people to take away from that song?

Most of my tracks have a dark underlying vibe, and “Warning Destruction” is no different. However, I enjoy conveying a somewhat obscure tone through energetic genres like electro­house and big­room, which are very popular in the clubs and festivals right now. My goal is to keep pushing the metal influence into EDM and make it work on dancefloors across the world!

What is the first thing you do when starting to write a track? Is it the bassline, the drum line?

It’s the heart-line. I do a bit of soul­searching, picking a topic that is relevant to me at that moment. Something that resonates with my life and that I feel would transmit a meaningful message or concept to others.

What challenges do you face when blending two very dynamic, very different genres?

The biggest challenge I face is the occasional criticism I get when I remix an original rock or metal song. Some people are very purist and consider any contemporary interpretation of these genres as a disrespect for the original songs. However, I truly believe that what I’m doing is giving new life to amazing songs, making them accessible to a new generation of music lovers who otherwise would not be exposed to these artists.

I really like the refix of Thy Art is Murder’s “Reign of Darkness”. When you listened to the original version, what was it about that song that made you want to expand on it?

I fell in love with the band Thy Art is Murder. They are absolutely amazing and I really wanted to remix “Reign of Darkness” since it immediately sparked a lot of ideas in my mind. It’s a bit too abstract to put into words!

Have you ever gotten any feedback from the bands you remix?

Most definitely. Both good and bad.

NichNote: I reached out to Thy Art’s camp for a quote on the song. Bassist Sean Delander said: “Pretty stoked Heavygrinder enjoyed the song so much she wanted to remix it. I’m not a huge electronic music fan, but it seems pretty cool.”

Any plans to put a live set online?

I am definitely going to upload another live­set to Mixcloud very soon!

Your personal mantra has long been “speak through the music, not through words.” You also let pictures do the talking as well. There’s always a laugh to be had in your FB feed form all the funny memes. I think that spreading of happiness really makes a connection. There were also a couple pictures posted showing the teenage you to invalidate poser comments. What rattled you so much you needed to validate your metal mettle?

Being called a poser, and also being accused of doing metal for the money, makes no sense whatsoever. Truth be told, there is less money to be made now that I’m making and playing the music I truly love. The metal­electro scene is still a niche compared to other genres in the EDM sphere, and I just wanted to be clear about my motivation.

Alice Cooper thought he had to be Alice all the time. He finally wised up and realized Alice doesn’t want his life and he doesn’t want Alice’s. So Alice stays on stage and they have had a great relationship since. Has there ever been a point where you felt the lines between Bobbie and Heavygrinder started blur?

About a decade ago, my personal and professional life were somewhat separated. But that has changed in recent years, as my career became more true to my own self. Nowadays, Bobbie and Heavygrinder are the same person all the time, and that makes me happier than before. This is who I am, on and off stage!

Both metal and electronic music have a notorious and dangerous past with drugs. What is your stance on drug use at your shows?

I am not for, or against, anything an individual chooses to do in their own space and their own time. As long as it doesn’t interfere with my life or the ones around me.

Let’s shift gears to your performance. Do you use the same set up live as you do in the studio?

Performing live and being in the studio are two very different scenarios and require different gear. For my shows, I use a laptop with Serato connected to CDJs to mix my tracks. In the studio, I have another computer with FL Studio and Studio One, along with a bunch of VSTs, and that’s where the production happens.

What inspires the tempos you use and do you always have them in mind to play live? for example: where in your set is this tempo going to fit best?

I usually play tracks that range from 110 to 180bpm. I enjoy throwing down various tempos, slower to faster, while always keeping it hard!

Do you use one set of speakers for mixing or do you check out the mix on different type, like earbuds, car stereos?

I listen to my tracks on as many different setups as possible to make sure it’s sounding crisp and bright each time. Car stereo is definitely one of them!

What do you check when tweaking the sub controls at venues and how do you adjust to each different environment?

I am checking the booth monitors while listening to my headphones and watching the cues.

What would be the perfect storm conditions for you to incorporate live instruments into your performance?

I would love to have a live guitarist perform alongside with me at one of my shows.

To compress or not to compress?

Can you give me a run down of your setlist?

I always pick the tracks I play on the spot, and about 90% of those are my own originals and remixes. Personally, It makes much more sense to read the crowd and play songs that resonate with the people in front of me rather than having something prepared before hand.

On a scale of silky swiss milk chocolate to bitter dark cacao nibs, how has this Valentine’s Day treated you?

It was a fun Valentine’s Day for sure. Got to play in New York, so I can’t complain! Milk chocolate it is.

Parting thoughts and anything you want to leave off on?

I want to thank all my friends and fans for always being there for me all these years and giving me the strength to keep going! Also, big thanks to Metal Riot for the interview. I love you guys!