Interview: Downfall Of Gaia – On pessimism and beauty 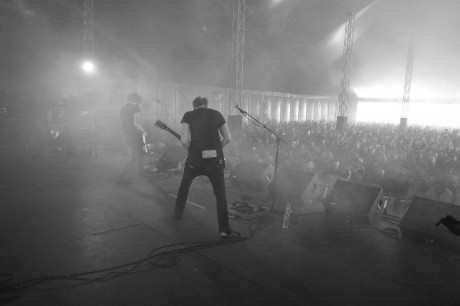 Dominik Goncalves dos Reis (Guitar/Vocals) of Downfall Of Gaia took the time to speak to me about the intense post-BM band’s vast, dark sonic terrain and their upcoming US tour . Hot off the release of monumental moment  Aeon Unveils The Thrones of Decay (Metal Blade) the group are eager to perform their often ten minute long cosmic chasms of sound live. This group, like The Ocean or BTBAM, Mastodon or Black Crown Initiate, are really giving the extra mile when it comes to pushing themselves to explore every frontier of their band’s skills/sound. Aeon… is completely thrilling and often overwhelming but never underwhelming.

Aeon was one of the strongest albums of 2014. Everyone should hear it if they are a metal fan (and probably anyway if they aren’t). How does it feel to have completed a massive work like this?

Thanks a lot for the kind words! All of us are pretty satisfied with the result and how things turned out. But right now we are just happy to get back on the road and perform the new stuff live for the first time. We had some time off of the road to get this new record done and can’t wait to tour again.

Are you excited to tour the United States again? Awareness of the band seems to have grown . 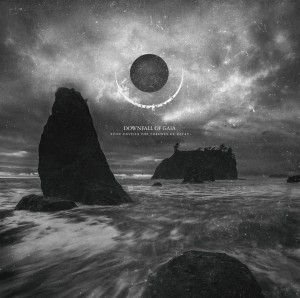 We are pretty much looking forward to it! Absolutely got no idea what to expect. There is really a big difference in between touring Europe and the US. So we will see how things will turn out this time. But we are really happy to play this one!

Did most of you grow up in Germany? How did it shape you as people? I know that is a way too broad question, haha.

I don’t know haha Never thought about this topic. Anton (Bass) was born in Russia and I’m half Portuguese. The newest member of the band is from New York. I don’t think those classic German stereotypes suits us well.

So, your drummer M. Kadner is living in New York and the rest of you are in Europe. How did you overcome this challenge? I know the band Culted (Relapse) record from different countries and …And You Will Know Us By The Trail Of Dead also have their singer in Cambodia while the rest are elsewhere, so it isn’t impossible! But hard to practice complex DoG songs with no drummer!

That’s true! Things became way more difficult and we have to plan a lot to get things done! In the end it’s still working but the priorities have to be clear to anyone in the band. Otherwise all of this wouldn’t be possible. We don’t practice through the internet or whatever. We need to get together in a stinky rehearsal room, exchange ideas and stuff. Usually Peter and me are preparing songs/demos at home and after a while all of us get together and start to work on those songs/ideas. We did the same for our recent record. Mike flew in for two weeks in March and another two in April and we started to work on those songs Peter and me already had prepared at home.

I think what you are doing is more interesting than a lot of more rote and conservative black or death metal because you also are tying it into grander themes and the music reflects that. Do you ever second guess yourselves?

Not really. I would say after a few years we kinda found our own sound and we are pretty fine with it. So we don’t really second guess.

“Darkness Inflames These Sapphire Eyes” is a title that makes me think of losing someone to approaching death, perhaps? Is that what you meant? Or kind of accepting many things are perhaps inevitable in the cycle of life? But that can be liberating, I think.

“Darkness Inflames These Sapphire Eyes“ is a song about life in general and all the unavoidable uncomfortable things that will happen to all of us over the years. Humanity is always forced to find their right path in life, „to get something done“. But way too often things get worse the more you try, the more you are forced to and you have to accept all of those dark sides of life as well as the good ones. Not anything in life is predictable.

I am a fan of the book Snow Falling On Cedars (which deals with prejudice, a land dispute and loneliness) and your album made me ask, will we ever be able to remember a sense of discovery at the wonders of the Universe or just fight over petty things in the grand scheme? The first time I was on a plane looking down from the clouds I thought our concerns seemed so small from 30,000 feet. I mean, they do matter but we need to keep oxygen in our brains and love in our hearts. Was watching your tour summary video from 2013 on the band’s Facebook and there is beautiful footage of you all walking on a beach in the sunset and it made me reflect that while humans are small, they can make huge artistic statements. Your band or the new Absentia Lunae (Italian Futurist Movement inspired band) are great evidence of that.

Thanks a lot! I’m not familiar with the book but I guess it’s worth it to check it out! To be honest – I dont think this time will ever come because humans are always reaching out for more. The beauty of single moments gets lost way too often and the fight over petty things will always be more visible as anything else will be. All of those people that are willing to see those things will do but they will always be the minority. I’m pretty pessimistic when it comes to things like this. 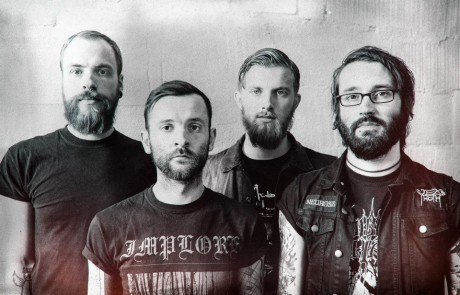 Do you party hard on the road or is it work, work, work? Germans are known to be able to drink more beer than many other people and be fine, haha. Any cities you are pleased to be visiting on the tour?

Personally i don’t party that much on tour. I did when i was younger haha But there is nothing worse than having a total hangover the next day and being forced to play a show. I seriously hate this. If time allows i prefer to get up early and walk around for a bit, get to see something from the city and playing a good show later that day instead of feeling the whole day like shit. Some people might think i’m a boring person because of that. But that’s fine for me. For our upcoming US Tour i’m really looking forward to play our first shows in NYC, Miami and Philadelphia. Always wanted to visit those cities!

With the internet and fans being able to find more bands, do you think the best thing you can do is just work hard and hope people discover you? IS the music more for you or others? I think Downfall have a good message in the “mood” of the music, if that makes sense.

The internet is definitely a good thing for smaller bands. It became so easy to discover new music from all over the world. But also because of that, just because of the fact that it’s so easy and there are so many bands out there, it’s still important to work hard and be visible. Touring, memorable artwork, a good live show and whatever… A lot of things are coming together if you don’t want to get lost in the shuffle.

“Of Stillness And Solitude” is one of many memorable tracks. The cover art of this album haunts me in a good way. The record, especially the longest songs, feel like a celestial or inner journey. How did making this transform you inside in any ways?

In my opinion lyrics, artwork and music go hand in hand. If all of this is able to provoke an emotion and become something memorable, we feel very honored to hear something like this. I guess the 4 of us can plunge pretty well into mood and atmosphere while we are writing new music or performing those songs live on stage. I also think it’s very important to ‘feel’ the music you are writing (in which way ever).