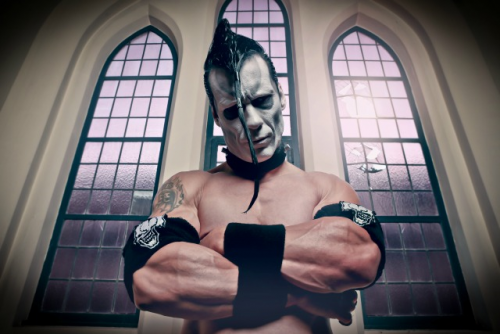 Doyle Wolfgang von Frankenstein. One of the more intimidating characters in the heavy music spectrum, the former Misfits guitarist oozes testosterone and campy horror mixed with genuine menace. What is there to say about The Misfits? I mean, seriously. One of the most important bands that mutated my whole life down a haunted toilet, the Misfits were the true soundtrack to so many awesome punk rock memories. I was in a Misfits tribute band for awhile called Wolfsblood with Andy Animal and some friends. Playing “20 Eyes” and “Astro Zombies” at keg parties with my cruddy friends was some of the most fun I ever had in my life.

I jumped at the chance to interview Doyle about his new album Abominator, why he changed the band name from Gorgeous Frankenstein and other ghoulish topics. Abominator is one of the toughest records of the year. Not “tough” in a difficult listening or “so complex John Petrucci from Dream Theater masturbates to this” kind of way, but rather “tough” as in zombies chewing through boiled leather, hellhounds on your trail, cemetery sexxx kind of way. 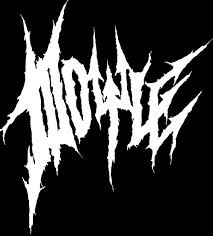 I don’t know what I was expecting. Doyle is pretty much the epitome of to the point, letting his jagged riffs and lurking on stage prowl say it all. We started out all right. I asked him how he was and he said ,”I feel great, man.” The phone kept crackling a lot during the interview.

I had so many questions. This was the record Doyle fans have been waiting for, when it came to his “solo” band direction. Abominator takes the promise of Doyle’s post-Misfits Gorgeous Frankenstein outfit and ramps up the heaviness, anger and intensity hitting the listener like a lightning bolt animating Frankenstein. There is killer stuff from hard rock, punk and old school hardcore and thrash crossing over with intensity on songs like the brilliant standout “Learn To Bleed” and the Sabbath meets Type O squealing doom march of “Love Like Murder”.

I tell Doyle I saw him last with Gorgeous Frankenstein and most of the Michael Graves-era Misfits at the historic Dec 26th, 2009 Starland Ballroom show opening for Danzig. It was a night out most ghoul rock fans never thought they’d get to have and remains one of the best concerts I ever saw. I tell this to Doyle and try and express how awesome it was when he ripped into the riff of “Helena”.

I ask the riff monster that with so much classic material under his belt does he feel personally he’s written his best songs yet or is it hard to say?

“This album. My new record’s the best, I feel, so far,” Doyle insists. “It’s the best thing I’ve ever been on. That’s my belief.”

It is certainly debatable, but one thing you can’t deny is that Abominator rocks hard. Drummer Dr. CHUD, bassist Left Hand Graham and mutton chopped, wolf demon possessed vocalist Alex Story whip it up into a rabid bloodbath on the album, a take no prisoners declaration of intent with high standards.

“Alex texts me one day and he’s like,” I got an idea. You gotta talk to me,” says Doyle. “So I pull the car over and call him…cuz he’s a fuckin’ nut. He said ,”I wanna just call the band Doyle.” I said, “You sure?” He said “yeah.” So I changed the name. He writes all the vocal melodies and words. I write the music. I just write whatever the fuck I write and I give it to Alex and he kills it. We do all the music first. When everybody’s happy with it then it gets the rest, y’know? ”

I mention I listened to “Valley of Shadows” about 15 times in a row and ask if he and the band were pumped when they first heard Abominator played back over the speakers.

“Cool. Right on. Yeah, it was powerful to experience the album,” Doyle says.

The phone drops out and starts crackling and I mention we have a lousy connection.

I ask the ginormous Doyle, in all seriousness because I really don’t know, how many times a day he goes to the gym or does he have one long all day session?

I ask him if he thinks skinny white boys should take Creatine and he either doesn’t hear me or doesn’t answer. I realize also that I am probably rambling cuz I’m thinking ,”Oh shit. This is really Doyle.” The music he has made and been part of still greatly effects people of all ages. The 4 year old in my house listens to “Braineaters” almost every day and asks me to sing it to her while holding her upside down. I ask Doyle how it felt on the Danzig Legacy touring to see people of different generations screaming songs he has been part of from years ago.

“It was fuckin’ cool. It felt good. It was awesome,” Doyle admits. “We have people from 5-50 at the shows. It’s cool. I love when people bring their kids.”

Speaking of kids these days, I ask Doyle (who probably has seen it all) if he ever laughs at new school kung fu panda mosh styles these days.

“I don’t pay attention to it. I’m too busy doin’ what I’m doin’,” Doyle deadpans. 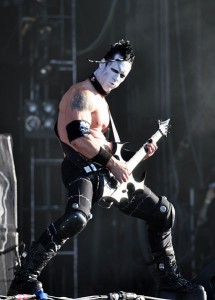 I also mention that Doyle seems so natural on stage and ask if he has to think about it while playing or if he just rips it from the gut.

“I don’t even practice much,” he says, chuckling hard for a second.

I think about how this dude could snap me in half and how awed I am to be processing that I am talking to the dude who played on Walk Among Us. I ask if he has any standout memories from when The Misfits did that album. I mean, that’s how I learned about Vampira!

I decide to focus on the present again and ask if he was a fan of Alex’s band Cancerslug before Doyle enlisted Story into the ranks of Gorgeous Frankenstein/Doyle.

“No, not before I met him,” Doyle replies. “He sent me a try out of some Cancerslug songs before we started with the whole band. I still never have seen them live.”

Doyle has been on some records with very different production, from the raw but vital sound of the early Misfits to the more polished and bright but powerful production on the American Psycho album that Ramones and White Zombie producer Daniel Rey brought to the table. Still, Abominator stands out because it is probably the first album that has ever come close enough to how heavy Doyle’s live sound can get. It’s part of his appeal to fans of metal AND punk.

“Now I record it myself at home,” Doyle says. “We recorded this record Abominator ourselves. It’s the only record that sounds like my tone. I knew how to mic it. Of course you have absolutely tweak your tone and get it to sound better. I know how to. A lot of people don’t know how to get a good sound. That’s the problem. And as for putting it out on my own label (Monsterman)…why am I gonna wait 10 years to recoup and make 70 cents a record when I can make $7 a record right now?”

I ask Doyle how it felt sometimes sharing the stage with legendary main man Prong guitarist Tommy Victor during the Danzig touring.

I mention this stuff would sound great in small clubs or at a huge festival and ask Doyle if there are any bands he’d like to tour with or any message he wants to send the fans.

“We want to play with bigger bands.,” Doyle says. “And I don’t want the fans to get the music off the internet. I want them to pay for it. Otherwise, bands can’t make any more music. They’ve all got to get jobs.”

Lastly, I wanted to ask Doyle if he prefers fast or slow zombies in horror movies, though I am guessing the answer is slow zombies. 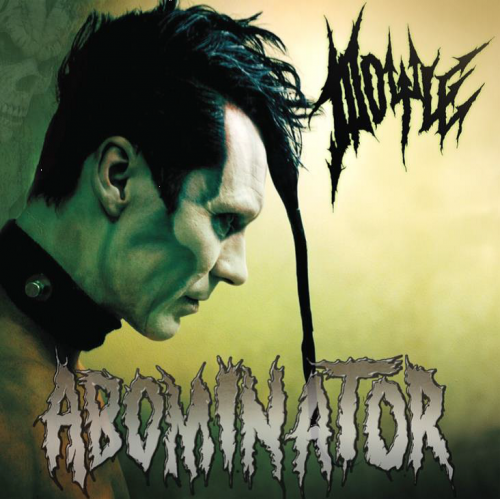 fall on your knees

i am the soul of the beast that you seek

she is all i adore

the queen of the whores

if i lose control ill bore a hole right through her

she calls out my name

it drives me insane

im feeling her claws rip in my flesh again