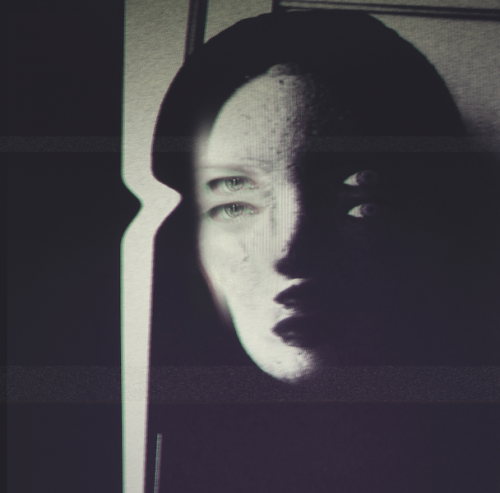 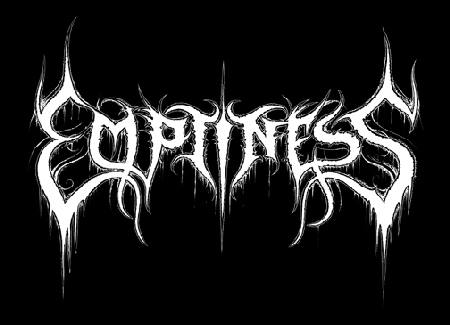 Yours is a unique sound. Almost black metal poetry, like each song is a feeling or experience. The riffs kind of spiral in and out. In particular I am thinking of “All is Known”, one of the most powerful songs in recent memory. I love the way it travels between sections and then you ride out the kind of sonic wash noise riff through to the end. Do you feel the mood is the most important thing rather than the structure?

We want our music to sound visceral, and we compose images of forgotten feelings and emotions.Some sounds or notes give hints of pictures lived by our ancestors, and we use this to confront our animal instinct to the projection of an infinite and complete being.
The structures help building a feeling of life and comprehension, but the only objective is to eventually destroy each truth that we put in place.

Some of this is so bleak but reminds me of being alone in nature. I am reminded of the cold beauty of Christian Death’s music for Catastrophe Balet (not the vocals, obviously) and like very post modern approaches to textures and even of course the death metal side. But it really doesn’t sound like anyone else. Congratulations yet again.

We just try to do whatever seems interesting to us, without thinking too much about what is going on around us.
We wanted to make a timeless record, and avoid all cliches that would bring us down to any precise point in time. We leave space for imagination, but redeal the cards regularly. 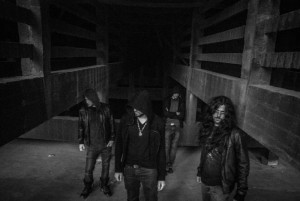 How do you write between the two bands? The new Enthroned material has been stunning, especially “Of Feathers Amd Flames”. do you just write them at seperate times and ignore the other band during that time?

It’s exactly like that, we focus on one project at a time. We try to live and breathe the universe we create, and usually work really hard for a short period of time.The sound-shaping though was quite long on this album since  we’re dealing with a multitude of different sounds and approaches., while trying to give life and homogeneity as a whole.

Can I just say that your new album cover is really fairly scary? Haha. No, it just has a sense of dark mystery and maybe insanity. Where did you find that image?

The picture is original work, something we came up with on our own. I think it illustrates the album just right. We clearly see what it represents but we don’t especially understand the effect it has on us.
We cultivate a love for frustratuation.
Olve (guitar) is responsable for the artwork.

“Go and Hope” casts a net on the listener’s mind from the beggining. What made that the perfect choice to begin Nothing But The Whole With? you feel like you are entering into a movie, almost.

Pretty quickly we all realised that Go & hope would be a fitting introduction. It is a rather short song that shows most elements of the album and sets the mood. A recipe but still nothing to swallow. Construction, destruction, groove and poison.

How helpful has your studio Blackout been in making your newest recordings truly special? The songs have patience that allows for each moment to fully be revealed in a dark sort of flowering, but also there are many layers of sound. From the background noises in “Go and Hope” to the long introduction of “Lowland” (very capitivating). I always loved a lot of industrial music of the 90’s for this reason, aslo. You felt like they just wanted to take you to a new place.

Blackout is the heart of emptiness. It’s the place of anti-reality where we’ve been producing bands for over 5 years. It is in this “lowland” that we find our focus and inspiration, and blackout studio is the tool for capturing all those ideas.
The production work on “nothing but the whole” was surely the most interesting one I’ve ever had the chance to do up to now. Each song is a story that we illustrate with a diversity of sounds , and the ease of working in our own studio sure gave us space to look beyond, and actually to compose as we were producing.

Do you think it is at all appropriate to listen to this album on anything but a rainy day? Haha. Also, how has your home country affected the music you make?

Belgium, a depressing and by nature rainy country, is one of our main influences.
It is a surrealist country, hard to understand and appreciate. As a band, we tend to share similarities.

It is very hard capturing the essence of distance or isolation or even being somber. But you have done it, I believe.
The distortion on the guitar is very unique, heavy but kind of thinner. It still has a punch but works so well with the drum sounds and the melodic often bass tones. The bass kind of reminds me of chorusy toned Rudimentary Peni if it was black metal, haha. Do you plan to tour this album at all? I would love to see it done live.

We like playing live, and are currently putting together a new set. Let’s see where opportunities take us but we will be more selective in our choice of bills. Between us playing in Enthroned and Jonas (drums) playing in Pro-pain, Blackout and all the other projects, it is not always easy to combine it all.The first step will be a special private event in a gloomy part of Brussels. We like finding specific places to play that have an abandoned feel to them. On that night, we will present our new album that will be freshly released by then. A few scenes for our next video will also be shot there.

“Behind the Curtain”, can we ever see behind the curtain of the controlling forces? That song sounds like a riot breaking out.

The unknown is the engine that makes man go forward. Discovering what made you go forward is to know yourself and the end of hope. In fact all is known, open your eyes, there is no hope.

thanks for your time and great work of art. 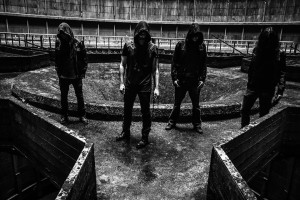