“The area where I live is named Gästrikland or Gästrike and if you remove the dots over the ”a” it means something like ghost realm in Swedish,” says Mats, vocalist/guitarist of Ereb Altor. “There are some really dark stories and that’s why the music had to turn out darker than before. I have no idea if we will dig deeper in the black hole or if we will hail our old gods and do a more epic album next time, only time and inspiration can tell.”

“Gastrike” (Napalm Records) is the new album in question that Mats is discussing and it is by far the most aggressive LP yet from the Swedish tour de force. Far more thrashing black metal than some of their storied, doomed viking/epic black metal, the album still is massive and really completely brilliant (plus many melodic viking vocals remain as well).

This band should be huge and I can’t endorse them enough. I will always remember discovering their doom masterpiece “By Honour” record on an I Hate Records advert on the back of Terrorizer (discovered Sub Rosa in the same ad!) and ever since I have never felt that a band did a better job honoring the legacy of Bathory while also being true to their own art.

Do yourself a favor. To read an interview with Mats about the stories, songs and thoughts behind “Gastrike” click HERE.

Morgan Y. Evans: How does it feel to be back with “Gastrike” and new music for the world? Is it about that or more about creating a powerful piece of art regardless of who hears it?

Mats: It feels a little bit strange actually, I’ve no clue how this album will be received by the critics and especially by our old fans. I still think the music of Ereb Altor is similar to the previous albums but with a faster pace and with more focus on harsh vocals. The main thing is that I’m satisfied with the album and I had to do this album no matter what.

MYE: “The Gathering Of Witches” , that most repetitive riff in the song is so perfect and intoxicating. The production is stunning in how well you balance the lo-fi early black metal approach with great sounds as well. It is so cunningly crafted. A smart blend of aesthetics and tributes to the great Bathory yet also your own. It is so great to get lost in this music after a shitty day of hearing bad radio songs at my day job. Also, on that note, is it weird to you that most average people wouldn’t understand your music?

Mats: You’re welcome… radio is mostly shit! I often prefer silence over radio. I’m not surprised that average people don’t understand Ereb Altor because average people have no real interest in music, they just listen to what media feeds them with. It’s the media that decides what average people like.

MYE: How did the melodic vocals of ‘Dispellation” happen? They sound so good! I love that even though this is your most aggressive album (and maybe fastest yet) it still has the epic viking black metal and choral touches as well amidst the rawer black metal.

Mats: Actually I wrote the melodic vocals first and then added all instruments and harsh vocals afterwards. I was out walking and I started humming a melody. It’s just as simple as that. At first my intention was to have this part with a clear voice singing the lyrics with this melody but after some experimenting I think it became more explosive and dynamic with the harsh vocals.

MYE: The hooves approaching in “Dance Of Darkness” intro is stunning and compelling and then that monster riff hits in at the start of the song. Ereb Altor has always had amazing and epic parts (The face ripping solo of my favorite ever E.A. song “By Honour” comes to mind), but you must have been very proud when you wrote ‘Dance Of Darkness”, like “We are really making something powerful.” 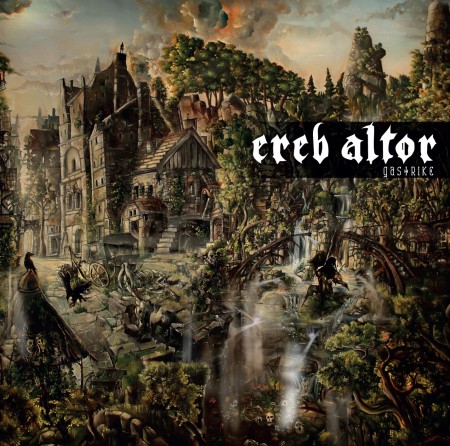 MYE: Sometimes I want to write books and fiction and I get so fucking frustrated because it requires so much time to do justice to the ideas in my head. Time I don’t always have with real life concerns. I find I end up writing music articles far more often than novels or fiction or non fiction or even short stories because it is more immediate but also easier to finish pieces within my schedule. It is cool though when I hear a band like Ereb Altor because you manage to create almost a whole world of story within every song! Any thoughts on this? Your music has such an epic feeling that it can’t help but spark the imagination like dark wildfires.

Mats: Well, I’m not always thinking in riffs and choruses, I try to create atmospheres and to create images of vast landscapes or dark forests. Sometimes I try to create elements like fire or ice with music. Ereb Altor also have storytelling lyrics which the music has to reflect somehow.

MYE: Whether we like it or not, art is a cultural statement of heritage or belief. Do you think world cultures will be lost as more and more things combine in the modern age? Post-modernism hit hyperdrive like in Star Wars and now everything you want to know or any culture can be found and collaged on a phone or through Google. This can be good or bad. Homogeny eats away at original purity. In other ways, media also lets people find out about cool things more and maybe that helps culture overall. But does something get lost? You deal with ancient themes a lot. Do you think ancient wisdom is lost in the attention deficit fast paced world today? What is good about technology and what is bad?

Mats: I don’t think world cultures will be lost ever, there will always be interest in such things. I am kind of old fashioned and some of my friends actually make fun of me because I don’t have the modern tech things like these new cell phones. I’m not hooked up to the internet that often. When I get interested in ancient cultures or themes I will go to the library and borrow some books. The best thing is to actually visit the places in real life to feel the atmosphere so my family is often forced to have vacations at ”interesting places” rather than hanging on a beach in some hot country.

MYE: (laughing) That’s awesome. yeah, I have a tiny, crappy old phone as well. Who cares. After “The End”, what subjects did you want to tackle for “Gastrike” and how did you decide you would start writing about these subjects? Does music come first or lyrics?

Mats: As always when it comes to Ereb Altor there has to be some connection to our inheritance. This time the lyrics came first, so this might explain why the music is sounding differently on this album. Gastrike is built up by old legends, myths and ghost stories from the area where I live. The area where I live is named Gästrikland or Gästrike and if you remove the dots over the ”a” it means something like ghost realm in Swedish. There are some really dark stories and that’s why the music had to turn out darker than before. I have no idea if we will dig deeper in the black hole or if we will hail our old gods and do a more epic album next time, only time and inspiration can tell. 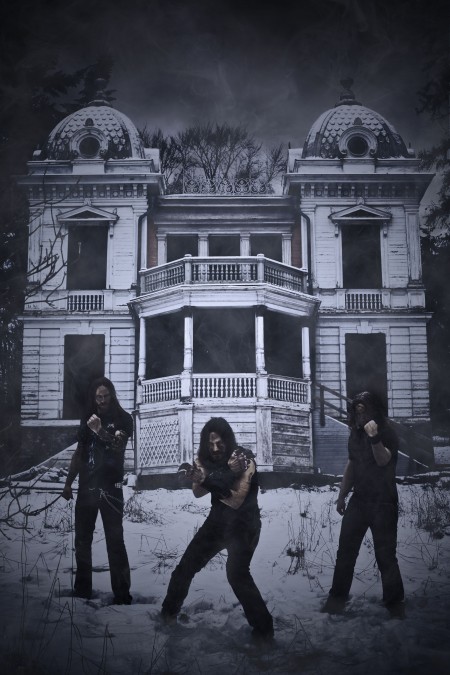 MYE: What is the story behind “the Mistress Of Wisdom’? I was actually thinking about Athena in Greek mythology today and how I should invoke her more often. As a “wisdom” Goddess, she (Athena) is very good to meditate and dwell upon. Not that your song is about her?!

Mats: This is a classic theme about good versus evil. Many years ago there were two very powerful ladies living here, one of them where striving after wisdom and were very good to her people while the other one was driven by envy and an urge to control. Wisdom is supposed to be the most powerful thing but this story tells that envy and hate will conquer and destroy wisdom because it’s an easier path.

MYE: What is something about your day to day lives or yourselves as creative people and your motivations that could inspire others? What tragedies or triumphs have kept this band going? I loved the group when you were in I HATE and thought everyone should know about you. Please tell more of your story to the world!

Mats: We had no expectations at all when we started up Ereb Altor. We just wanted to honor and pay tribute to Quorthon. And everything that has happened since the demo ”Awakening” is a bonus. One of the triumphs is that we have built up a reputation of being a good live band and even if we’re an underground act and we don’t do live shows very frequently, we have been able to attend at a number of really good festivals like: Getaway Rock Festival, Madrid is the Dark and Hammer of Doom.

MYE: Come to the U.S.A.! What would you say to critics that think you are just trying to recreate what older bands have already done? Even if that were the case, which I don’t think so, you write GREAT MUSIC! “Boatman’s Call” is so huge! That first riff is so seriously gigantic sounding!

Mats: I honestly don’t care. I do my best to create music that I think is good and critics are just regular humans with their own point of view. In the beginning of Ereb Altor we were actually trying hard to recreate what Bathory already had done but nowadays I don’t think that much about it.

MYE: Can you talk about some quiet or beautiful places in your country in nature that should be respected or that are sacred or special natural landmarks that you think people should know about to express the beauty of your land? Thanks!

Mats: The area where my relatives lives, Hälsingland is the one most dear to me, with all the rivers, pond-lakes, meadows and old wooden houses. And the fact that there are no cities and not very crowded, you can find peace of mind and the silences are almost touchable at some places. And the mountains up north without trees, surrounded by the dark endless forests. 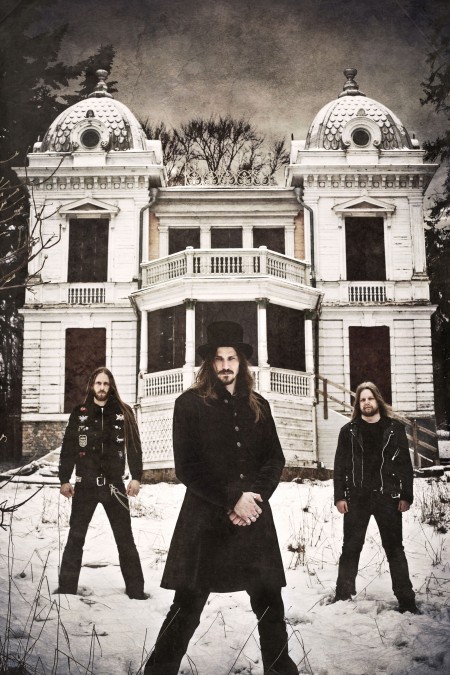