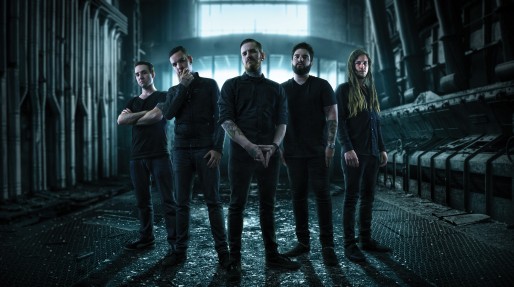 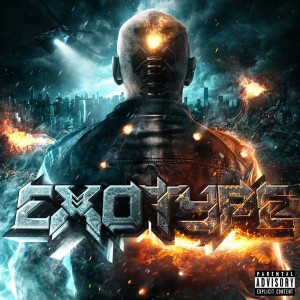 “Nanovirus” stood out to me as a key track that is pretty adventurous.That fuckin’ cyber-breakdown! Pretty insane. A lot of textures, chaos and cool effects flying around. Have you read about Nano-tech or created viral threats?

Thanks a lot! Haha, I have read a bit about nanotechnology and it really interested me and the rest of the band!

How much time and work went into making this record? How has Rise Records been cool to work with and what are some of their past releases that you like? I’m a fan of the Bleeding Through and Fear Before stuff they put out.

We have been working on this release for about two years. So much pre-production went into it, its insane! Rise Records has been a great team to be involved with. They are very pro-active and they truly “get it”. I personally am a fan of the Attack, Attack albums they put out!

Any weird or shitty places you have visited or had to live due to being in a band?

Choosing to be a traveling musician in a band that just started up is definitely a struggle so living arrangements are tough but nothing is truly “shitty”. We’ve stayed on some hard floors though.

Do you feel like there is a disconnect between music listeners and bands more these days due to technology or is it helpful? Forget future shock. It is here in many ways, but there are also a lot of throwback beliefs still around or patterns of violence and greed.

Technology helps a lot actually. Social media makes it possible to reach out and communicate with fans which is the most important aspect of everything we do.

Do you focus your intentions to kick ass as a band before taking the stage and sort of prepare yourselves as a group mentally each show or do you just let whatever comes get channeled through you when you play?

We definitely have a little pow-wow and meet up right before we go on. Its a great feeling and it feels even better to know that all your band mates share that experience with you.

How was the “Let The Ocean Take Me” Tour and what were some highlights?

It was amazing! Most shows were sold out and we met so many new people and connected with lots of fans! Our hometown show was definitely a highlight, it was great for all our families and friends to see first hand everything we do.

What are you most excited for about the next phase of the band?

Touring, touring and more touring! We can’t wait to visit other countries and play for people across the world!