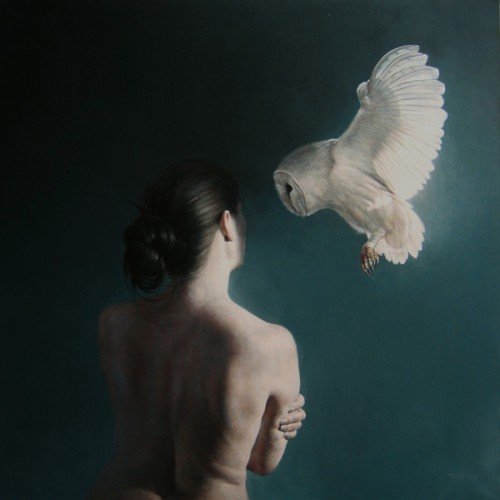 Norway’s Truls Espedal is a painter of extraordinary ability, able to capture the serene yet feral grace of the desperate yet consistent natural world. Espedal has also been instrumental in shaping the recent visual legacy of one of heavy metal’s greatest bands, Enslaved. Their latest record In Times is bold and captivating. “One Thousand Years Of Rain” is melodic edged riffing and eerie harmony. I’m listening to “Building With Fire” right now  and it essentially unbridled by limitations. The music pairs well with Espedal’s art as it is real and somehow frozen and yet evolving. It was a rare treat to get to discuss nature, art and music with Truls Espedal. Read the whole interview BELOW.

Your work is really compelling to me because it both captures immediacy and also nature and spirit in a way that feels alive. Do you prefer studying a subject via a still life approach or using your imagination to conjure new terrain?

My process includes a combination of approaches depending on which stage the work is in. For me it is important, and also a challenge to be as true to the original image as I can before going into a painting. By the original image I mean the mental image that pops up in the back of my head. These mental images I guess are the accumulation of my imagination, deeper feelings and experiences of everyday life. The images usually are one hundred percent figurative, sometimes really “clear”, other times quite blurry as if the figures are slightly moving or a bit distorted in fog. In order to create a painting based on this I get models to pose in an attempt to reconstruct the “scene”. From there the painting needs the right composition, mood and atmosphere in order to really come alive. I want the paintings to pulsate, which at least to me demands an anatomically correct depiction. 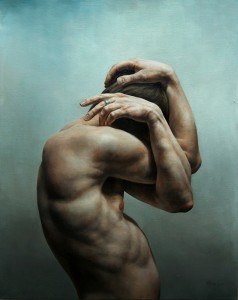 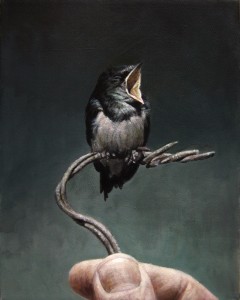 How does music influence you? Your paintings have such interplay between light and darkness. Often a real sense of strength and reflection as well. “The Branch” comes to mind, with the bird on barbed wire, kind of defiant.

I love music. While I paint music is always playing on the stereo. Music is something that can really move me and can help set the right atmosphere. It helps me get in the right mood and frame of mind. It lets me drift off and focus even more on the work.

It is hard for me to paint sometimes because it feels like intense yoga. So much stuff comes up for me emotionally, more so than actually stretching or meditating brings up. I think the concentration painting takes, even losing yourself in the free creative flow, can be rather exacting and you have to surrender to that. Do you feel it exhausts you or does it liberate? How clinical is your approach?

Both! I pour my inner emotions on to the canvas, but in the process it drains me. Drawing and painting have always been sort of therapeutic for me, but at the same time I’m kind of a perfectionist. 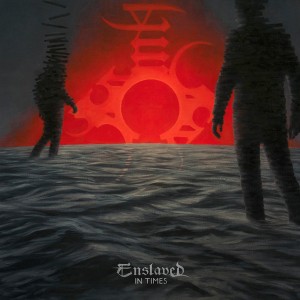 How does it feel to reflect back on your work with Enslaved and how does it differ from painting a bird or other subject
matter? RIITIIR is essentially anatomical art with a deep energy.

The great thing was that Enslaved already were established yet rapidly evolving at the time I met them. I was able to
join in and, through the years, create a recognizable but not constant visual identity. It’s great to get the
opportunity to expand and refine the work for each new release. It also is a welcomed change to create visuals based on
other people’s ideas. Artwork for an album is quite different from my other work in some aspects. It is a visual
representation of a body of work, maybe almost an hour of music. The challenge is to incorporate as much as you can into
just a few images. And you have to work within set formats and must consider layout and placement of logos/titles and so
on.

Do you look to define or capture the essence of something you paint or rather focus on establishing a mood?

I try to do both. In my work I tend to strip away everyday objects and everything else that distracts from what I try to portray. And by getting the right mood I think you can enhance that even further. 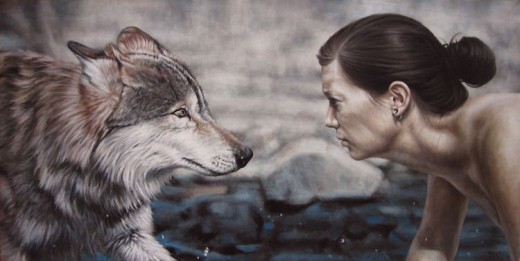 Could you discuss your recent work with Namsskogan Familiepark? It sounds so cool and I think would interest our readers. Is this the most rewarding type of work to do?

For the past seventeen years or so the wildlife park named Namsskogan Familiepark has awarded one artist a year with a scholarship. Last year I sent in an application and was picked. When receiving the scholarship you have to commit to a two weeks stay in the park with accommodation in the park’s hotel (No problem!), and to organize an exhibition the following year. Last August I left the city and spent two weeks in the middle of nowhere, observing, interacting, photographing and sketching a wolfpack, bears, wolverine, lynxes and a lot of other animals from the Norwegian fauna. Its was brilliant, balsam for the soul (haha). They even gave me my own key to the park. Being there with no other people night after night calmed the animals. They quickly got used to me, resulting in great sketchwork.

I had sort of a vision of where to go for the coming exhibition, but the two weeks changed that completely. I wanted to portray interaction between animals and humans as I’ve done in earlier paintings. But what I meet in the park were a bunch of strong personalities that deserves the full attention in the paintings. So nowadays I’m working on sixteen paintings portraying sixteen different animals. The exhibition will be a celebration of their beauty, strength, quirkiness and curiosity. If I could do it again I wouldn’t hesitate for a second!

Below The Lights is such a spooky cover in some ways. I get such intense feelings from looking at it. What was that like to paint?

The artwork for Below the Lights was the second one I did for Enslaved back in 2002, and it is actually a colored pencils drawing. As I can remember we agreed quikly on the direction of the artwork, but the descision made me somewhat anxious. This piece was outside my
comfort zone. It was all imaginative with no visual references. Coming from a figurative background in art I had to
improvise.

My favorite cover of your is perhaps from Vertebrae. The essential feeling I get from it is hard to
quantify, but so is the music of Enslaved…a living and changing, growing force still rooted to the past and traditions.

I wanted to create something familiar and at the same time expand further on the already established. In all the work for
Enslaved I try to reflect the music, which is constantly evolving yet has strong ties to their tradition.