Interview – Grant Netzorg of In The Company Of Serpents 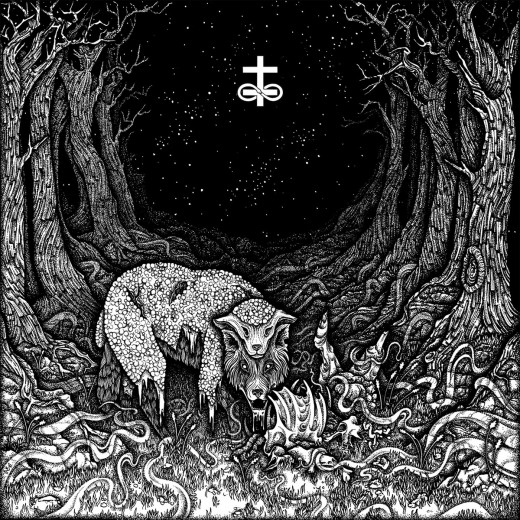 Back in 2012 I first got turned on to In The Company of Serpents, I think because of Grant’s awesome willingness to reach out to bloggers such as myself. He gave me the chance to review his band’s awesome self titled debut that August and then that October we did our first formal interview. Now Grant & Co. are back with In The Flock (a review of which you can expect soon) and him and I sat down to chat a bit about this awesome new release and what ITCOS are up to!

So, it’s been a bit over a year since we last sat down for an interview, how have things been in the last year? How has the touring been?

We actually haven’t toured since we last spoke, but we have gotten the opportunity to open a ton of killer bands when they’ve come through Denver in the last year. The biggest was probably Pentagram, who headlined the Snowboard on the Block fest here. I got to meet Bobby Leibling, which was a trip. Some of my other favorites include Samothrace, who we have played with twice in the last year, Windhand & Weedeater. Weedeater was particularly cool, as it turns out Joe hails from the same part of Carolina that Dixie and Shep are from. They kept on exchanging weird references- shit like, “You know tin can Pete? You know, the one with the eye condition, used to piss in cans at the skatepark?” “Yeah, that motherfucker owes me twenty dollars and half a  sandwich.”

What happened with JJ?

JJ split for California to pursue a teaching career shortly after we formed in late 2011. He is a professor at a  college in Fresno where he teaches creative non-fiction writing. He left the band on amicable terms, and we  knew well ahead of time that he would be leaving. I initially wasn’t sure that I would continue using the  serpents name after his departure, but he encouraged me to keep it going, and also helped me to find Joe as his  replacement.

How did you meet Joseph? How is it with him in the fold now?

Joe had been playing in a band called Royal Talons, and JJ and I had played on several doom bills with them around town. Both JJ and I really dug Joe’s playing style, and he was pretty much at the top of the list of people we wanted to ask to pick up the reins upon JJ’s departure. Joe’s style fits the way I write very well, and it’s been great having him behind the kit.

What was it like working with Billy Anderson on the new record?

He did a killer job with the mix, and added some touches that really helped certain parts shine. I wish I could say we have a deep enough piggy bank to fly out and record with someone of his caliber in their studio, but we don’t, so all of our interactions with Billy were online pretty much. We were humbled that someone of his stature would work with us- there are dozens of records that both Joe and I hold in extremely high esteem that bear his name in the engineering credits, so adding our name to that list is surreal for us.

Tell me about all the artwork, the album art and the different vinyl pressings. Who did it all and does it coincide with some theme within the album?

I had the ideas for the packing & artwork well before anything was executed, but we gave Mike Lawrence a good deal of free reign in the execution of these ideas in his illustrations. The title track, Of the Flock, was one of the earliest to have been written for this record, and back when we were printing our own stickers on Joe’s old industrial printer I had used an image of a wolf in sheep’s clothing on a batch of stickers bearing the ‘of the flock’ moniker. So, when I decided that I wanted to have Mike Lawrence illustrate the cover I basically just said I wanted it to include both our logo and a wolf in sheep’s clothing. Everything else was up to him in terms of how that was executed. As for the packaging itself, the envelope sealed with a wax signet ring bearing our logo was something I had dreamed up well before we had anything recorded. Since this is our first time doing anything on vinyl, we really wanted it to be something that would stand out, and I think we’ve achieved that.

In an interview with Sludgelord in March 2012 you said that you play/played in country bands and that’s how you met JJ. As a fan of country music, I have to ask, who are some of your favorite country bands/artists/performers?

Haha, yes. JJ and I were both previously in country-tinged bands. I go mostly for the older classic stuff- Johnny Cash is my all-time favorite, but I love Willie, Waylon, Hank Sr., George Jones, Hasil Adkins, and other artist that loosely fit into that kind of mold. I honestly don’t listen to much new country, because the stuff that is in the limelight right now repulses me. I’m sure that there are plenty of solid musicians making tons of great country right now, but I’m not that tapped into it. When I can turn on a country radio station and hear obnoxious pandering bullshit like “Honky Tonk Badonkadonk” it makes me just want to take a power drill to my eardrums. I think Hank III is the only newer person making country music I’m familiar with that I dig, and most of his recent records are a pretty far cry from traditional country anyhow.

As I always ask, what other bands, artists and such would you like to mention/give free publicity to?

Thanks! We always like to turn more ears towards bands we dig. In terms of local Colorado doom, some of my recent favorites of the newer bands to crop up have been Rhogog, Khemmis, Dead Temple and Still Valley. Low Gravity put out another cool split this year with Mega Blue Stallion, and word has it that both Stoic Dissention and Primitive Man are working on new releases for next year. There are tons of great heavy bands coming out of Denver at the moment, and it’s nice to see many of them garnering attention on the national level. Also, we’ve had the opportunity to play with some amazing acts over the last year as they made their way through town- my favorites were Ladybird, Hivelords, Sadgiqacea, Windhand, and Samothrace.

What are your touring plans heading into 2014? Anything exciting to announce?

We’ll most likely try to get a week in sometime next year, but I’m also going to be married next year, so much of my free time away from work is accounted for. 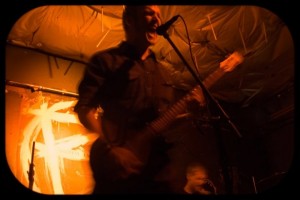 Last question. What was the best album of 2013 (other than Of The Flock, of course)?

The two doom records I listened to most this year were probably Primitive Man’s “Scorn” and Fister’s “Gemini”. If I  was forced to choose between the two, I’d probably say “Scorn” was my favorite.

As always, stay tuned into Metal Riot for all of your heavy metal news needs! And check out more about In The Company of Serpents (including full streams of both their albums) over at their Bandcamp page!

More News On In The Company of Serpents:

More On: Doom Metal, Interview, In The Company of Serpents,
share on: