Interview: Greenleaf – “Rise Above The Meadow” with Arvid Jonsson 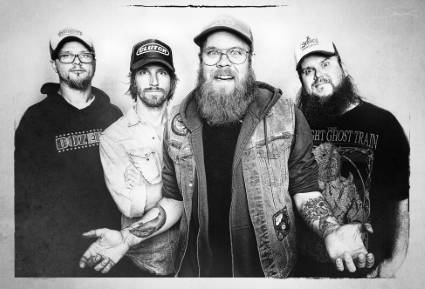 It’s been a good few years for die hard stoner fans, from C.O.C. kicking butt
to Geezer, The Midnight Ghost Train, Tarpit Boogie, Monolord and others
keeping the scene burgeoning like a fat bowl of lettuce. One of the most
solid efforts you’re likely to hear, Greenleaf‘s Rise Above The Meadow is a
hard rock infused crunching mass of bluesy riffs, pounding drums and a
distinctively Swedish sense of melody to vocals that fall between the schools
of Danzig, Wino and Ozzy.

“A Million Fireflys” is a must hear newly forged anthem that anyone into QOTSA, Dozer, Born Again -era Sabbath etc. will be keen to savor or start spreading as the new gospel. The band’s Napalm tenure is sure to stay great.
I’ve been recommending them to everyone lately, ranging from Trevor of Pelican to probably your grandma. It’s such a good single I stopped listening to Future Brown’s “Wanna Party (remix)” for a minute or two to remember rock is really good when it actually exists.

I’m writing this on the anniversary of Van Halen’s 5150 album. Whether you are a Hagar fan or not, those were the days rock and metal ruled the charts. Greenleaf are proof that you can knock back a shot celebrating that rock n’ roll will never die.

1.Rise Above The Meadow is so good and I was unfamiliar with the band before hearing it. How did the making of this record go?

Thank you! In some ways we see Rise above The Meadow as an extension of the album before this one: Trails&Passes.  We wanted to create something dynamic but without losing the groove and roughness. To kind of take the listener on a journey, almost like a good old tale. That you just want to listen to again and again.

2.I’m listening a lot to the newest Tusmorke, VHOL and Baroness albums, all with some very inventive musical passages. You guys as well really own your own sound within your genre. Are bands becoming more distinctive again, I hope to God?

I hope so too! I mean for me as the singer in the band I really try to create unexpected melodies that sits well upon Tommi’s riffs, something that sticks out. I think we, without thinking to much about it, always try to create a certain mood in the songs that feels original. It’s feels important to do that in a genre where so much stuff is very alike. 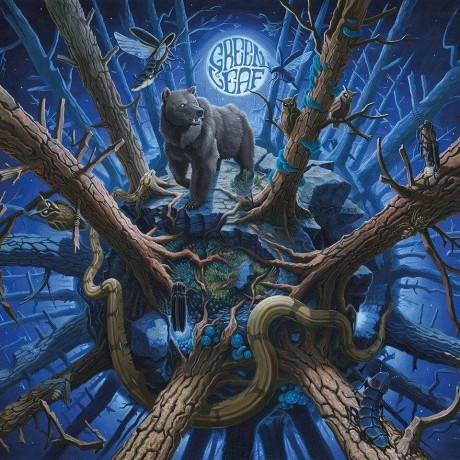 3.The cover art is so trippy, animalistic and incredible. It feels like looking into a shaman’s mind. Who did this art?

All credit to the master artist Sebastian Jerke! We just gave him some simple directions and the title and he came up with this incredible cover.

4. What music did you listen to growing up? Classic rock? Pink Floyd in Pompeii? Not that you sound like that.

Yeah most of us are fed on 70’s heavy rock and blues of course, but we are also very influenced by newer stuff like 90’s stoner rock, 60’s soul and well written pop music. As I said before I’m a real sucker on good melodies and harmonies…

5. Do you feel like, being a band from Sweden, you have to do a really good job? Extra pressure? Sweden has such good bands.

Maybe in some ways… the competition is fierce and all ready as teenage musician in Sweden you have to be really good to be able to get some okay shows. Nowadays though, I don’t think we care to much.

6.Do you spend a lot of time playing together jamming or is it usually more structured when you write and done separately?

We wrote most of the songs in the rehearsal room … Very often Tommi Holappa (our guitar player) comes up with a riff idea or a combination of chords, that sort of become the foundation of the song and then we try to squeeze the best out of that idea. Sometimes a song is just there from the beginning and sometimes it takes more time… Writing good songs is a struggle but we try to fight the good fight haha. 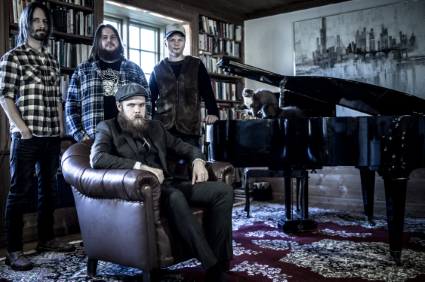 7.What has been the best part of bringing your songs out to a live audience for you?

It’s always cool to see the audience response on new songs and so far they have been really good! I mean it’s always a surprise to me that people pick up on new stuff so quickly… I guess I’ll have thank the internet for that. 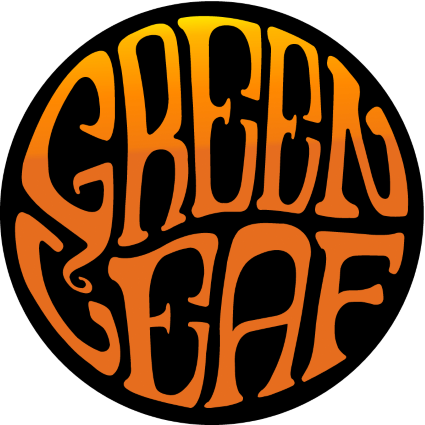