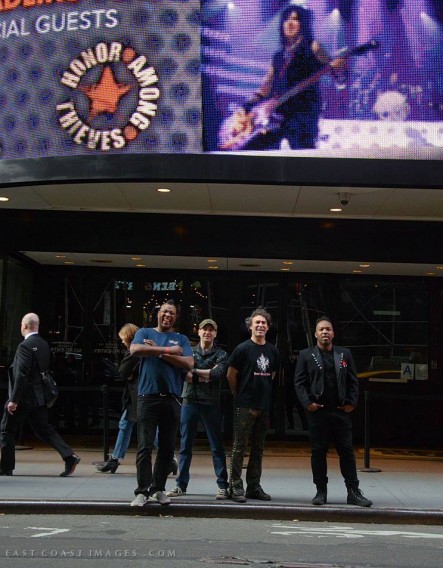 Honor Among Thieves are one of NYC’s best kept not so secret long running hard rock bands. These dudes will get riffs stuck in your head like the theme song of Law & Order, out drink your mother and make you feel like you are living in some golden era of hard rock fun when you catch them live. Regular NY scenesters who have put their time in and have deep roots in the L.E.S. and Brookyln, Honor Among Thieves destroy consistently and never worry about the trends in hipster music, what heavy style they “should” be playing or whatever else you think is clever. Dudes are too busy keeping the candle burning at both ends.

Recently HAT opened for Sixx A.M. and Apocalyptica in NYC and says they were “treated great.”

No matter what form over the years (there aren’t too many bands who replaced
female lead singers with a hyper active black man!), Honor Among Thieves seal
the deal. All of these dudes are NYC legends. Don’t even get me started on
Dave of Thrones or Sebastian. We’d need to write a book. It’s the never say die spirit.

Honor Among Thieves came Upstate to Kingston, NY to do a show with my band GET
OUT at The Anchor, a great watering hole/small venue. It was great to catch up
with the band, hear new music live and talk other good stuff. 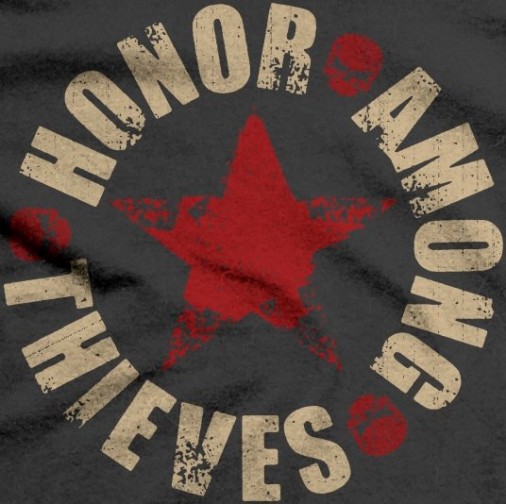 How does it feel to be up here out of the Big Apple?

Maurice: It’s great being up here. It’s nice in Kingston.

Dave of Thrones: As nice as NYC is, it’s always great to get out of it.
(laughing)

EZ: Nice break from the usual.

You been writing new songs?

Dave: There’s probably another record written. We’ve been pretty busy just
getting out and playing in front of people. Getting music out there. We’re
gonna try over the winter to duck into a studio and get a new album out.

Maurice: I think our set has five from the album, five that are new…And we
have five that are kind of hiding, that we have played before but aren’t in
the set right now.

You guys are really seasoned and have live chemistry. It translates to the
recordings. Some of the chemistry is in your sound.

Dave: We track live and the studio we use has a big sectioned off live room.

Sebastian: We’ve been together for awhile now and the songwriting process has
evolved a bit. Before we used to pive stuff together. Now we all know the
comfort levels of everybody else for the songwriting. I love where we are at
musically and the way we’ve progressed.

Maurice: As the dude who does not play an instrument in the band and pretty
much does my stuff after everyone else brings their stuff in, I don’t feel
like…we sometimes have conversations about songs we’d like to create but it
usually doesn’t happen that way. We’ll just kind of write or someone brings a
riff. We’ve tried to say ,”let’s go with this tempo” or a song that “sounds
like this band”, but it never worked out. 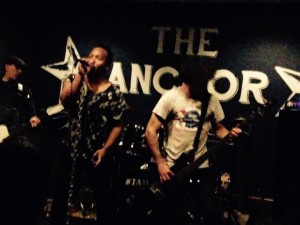 There’s always a lot of groove.

Dave: The four of us have a wide diversity of influences. We have to take it
apart and go in a direction or not. There’s a song we’ve been working on for
awhile and we have four different versions of it. Today we’re playing
Sebastian’s version. Tomorrow Eric’s version.

They’ve been lying to you!

Maurice: They mess around a lot since, as the singer, I don’t have to show up
too often.

Maurice: Yes, you can thank me.

I owe you a beer.

Maurice: I want to be there but sometimes can’t and there is always stuff your
band can work out without you as a singer. There was a time where I missed two
rehearsals in a row. I showed up and they had a song and it just sounded
fantastic. And…I was like, “Oh, this is what I missed?” And they said ,” no,
we wrote this just an hour before you showed up.” (laughing) But it instantly
fit and worked. I had the vocal melody in like ten minutes and it just
happened!

Dave: A lot of songs…if one of us is super excited about a riff, they will
take command of the writing for that song. That influence comes out. A lot of
people cite these differences in our music. Sometimes we’ll be vocal about it
to each other.

EZ: But if it isn’t a quick thing and is a dead horse, it goes. Maybe years
later it will come back but we don’t even say ,”Remember that?” We just
reintroduce it without saying a thing.

Dave: There was a song from when we first met that Sebastian and I wrote like
twelve years ago but we only got it written like six months ago!

How do you guys feel about holding down hard rock in NYC? There’s a rich
heritage there.

Dave: We’re playing the rock n roll we love. The fact that other people love
it is gravy. That’s a bonus, but we’d be playing what we want to do.

EZ: You have to follow your instincts. If you’ve been around awhile you live
through a bunch of different things. You might as well just do what you like.

Sebastian: We’ve been together a long time. Dave has to work non stop for
three months doing sound for events. That doesn’t change anything. We’re still
the band. Whatever it takes. We have confidence in that. We just make it work
out. We know there is a consistency that’s gonna be there and if we do take
time off we know we’ll have new ideas or old stuff we’ll never forget that all
comes back to the table. 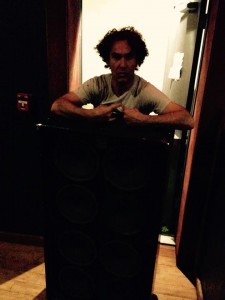 Dave: It should be noted that a great deal of our time is taken up by taking
the rope from around Sebastian’s neck.

Maurice: If you grew up in NY…there’s the Ramones. NY Dolls. Tons of bands.

Dave: We try to remember the bands we waited in line for hours to see at shows and it makes us want to deliver that feeling to others.

More News On Honor Among Thieves: