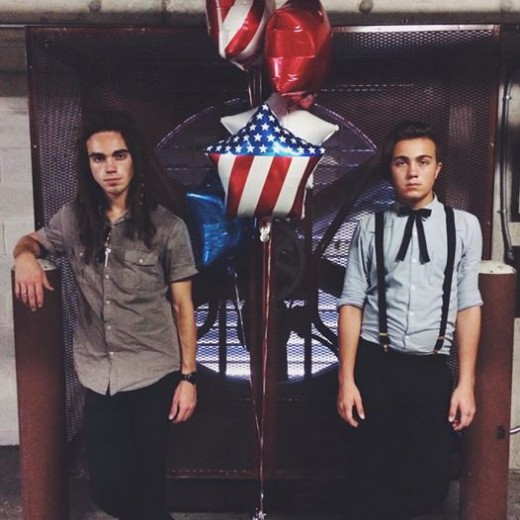 Tampa, FL’s I Kept Silent might be baby faced, but they rock in a major way. The passion and actually decent songwriting of their 2013 debut EP Precession Of The Voyager deserves to be heard by a lot more people. Gene Simmons just declared rock dead and also recently said poor people never gave him a job. 1.) while trends come and go, hard rock and metal will always be there even if it doesn’t have the market share it once did. I Kept Silent are just one example of many bands who will keep it alive. 2.) Poor people bought all your albums, Gene. I love Kiss, but don’t forget the streets.

Tangent aside, I wanted to give IKS some shine while they are in a rebuilding phase, so I hit the band up and asked the Tempfer brothers Ryan and Andre about some of their biggest influences and best moments in the band so far (hint – they’ve already shared festivals with Alice In Chains and Rob Zombie). 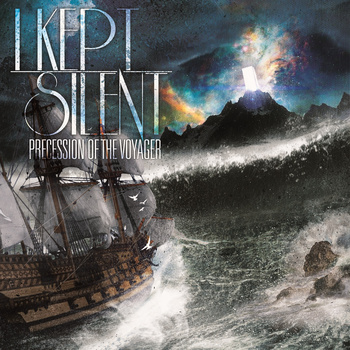 Andre (Vocals): Ryan (16) and I (Andre, 20) are born and raised in Tampa and have been surrounded by music our entire lives. Our father plays drums and was always the guy to have at least two drum kits in the house at all times, one acoustic and one electric. He grew up playing music with guys like Ralph Santolla from Deicide, Obituary and such. Music has always been our father’s life and he has proudly passed that torch down to us, both him and our mother always supporting us in everything we do, especially music; without their tolerance of our constant loud noise making, transporting of our equipment before we were old enough to drive, and that drum set or guitar we always wanted for our Birthday or Christmas or whatever when we first showed signs of interest in music, we would never be where we are now. I (Andre) went to Bloomingdale High School and spent two years at college for Business before I realized that my current job at Apple and life-long desire to play music for a living couldn’t have fit together any better from a career standpoint.

Ryan (Drums ) : I went to Durant High School for two years before discovering a school called Pivot that allowed me to do all of my work online with no homework after physically attending, which provides me with a lot more time to write with Andre and get work done on tour when those times come. As far as I Kept Silent goes, we began writing music about 5 years ago, this is the music that began to comprise the material on our debut EP Precession of the Voyager. If you notice, the EP has a slightly older sound to it, this is why. After the EP was released we began playing shows once or twice a month. Eventually, we started to gain local recognition, gaining us more sizable shows with highly recognized artists such Mayhem Fest 2013 with Children of Bodom, Mastodon, and Rob Zombie and Welcome to Rockville with Alice In Chains, Shinedown, and Lynyrd Skynyrd. Playing with such bands has been such an honor as these artists have had such a massive influence on not only alternative music, but many other varying genres as well. It’s such a blessing playing in Florida, a state where there is a thriving scene that supports bands from their local stages to beyond. We are a part of such a huge community that not only appreciates heavy music, but embraces it as well; we are very proud of our home state.

Three songs by artists that are inspirations to I Kept Silent:

Underoath – Writing On The Walls

The Weeknd – Belong To The World

Linkin Park – One Step To Closer

Underoath has had such an influence on us ever since Define The Great Line was released; it was one of the first albums that sparked our love for heavy music having a frontman that primarily screamed, that was such a crazy idea to us back then. And we loved it. The mixture of Spencer’s spacey writing style with all the beautiful dissonance in the instruments had such a hold on us and has truly helped form our writing style even to this day. The Weeknd, I know, “What?” Haha. This guy first got me (Andre) when a friend of mine simply showed me one of his music videos, “Rolling Stone”. The art of simplicity in that video still kills me and his voice is unparalleled, but what undeniably caught our attention was not even a month after we had begun listening to him we discovered he was coming to Tampa, our home town. Not only was this a really cool opportunity to explore a new genre we had never really thought about exploring, but it was on Ryan’s Birthday; it was just meant to be. We are eternally grateful for that show because it formed everything we know today about production, performance, and what a real show should be. If we go even further back than The Weeknd, further back than Underoath, we find the first group we ever heard scream in a musical sense: Linkin Park. The sheer power that band captures in the way they structure their music is without a doubt the most intense sound we had ever come across at the time, and still tops many artists we hear ‘scream’ today. They screamed when they talked about something that pissed them off, they rapped when there was a lot to say, and they sang when they wanted to your heart.

More News On I Kept Silent:

More On: Metalcore, Exclusive, I Kept Silent,
share on: