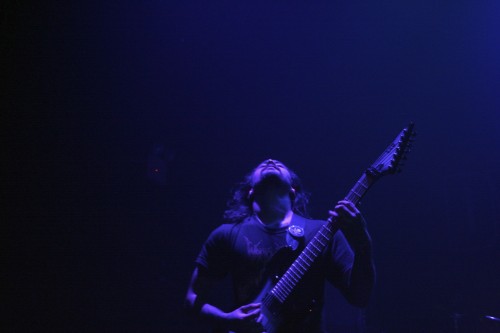 Aboitic‘s John Matos and I had an opportunity to talk about some recent news in their camp. Miami’s Abiotic have been signed to Metal Blade for just under three years and are touring in support of their debut Symbiosis. Falling somewhere in the extremely technical apocalyptic realm of Florida death metal, this five piece has been touring relentlessly and shredding all in their path. Most recently, they completed a tour with Dying Fetus, Exhumed, and Rivers of Nihil. Their live show was tightly rehearsed and they put on a hand grenade of a show.

What’s on the radar after this tour closes?

We’re home for a month to do some writing on the next album. Then we’re doing a headliner in December.

The new song you guys played was awesome. Tell me the name of it again?

Was your new singer part of that writing process?

Oh yeah. It’s putting a little different spin on what we’re looking for. It’s awesome. It’s something new to the vocal style and the writing style. The new stuff is going to be crazy.

How has the crowd been receiving him?

Real well based on whatever people have been telling me. 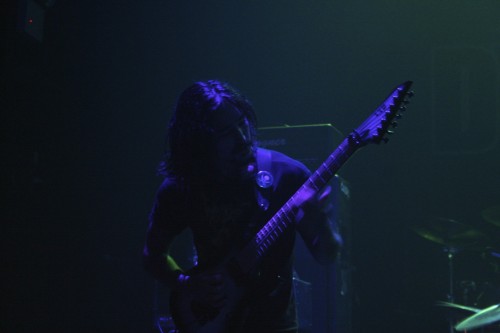 Sum up the previous two years for me since your Metal Blade signing and the recording Symbiosis.

In the beginning, we self-released an EP, A Universal Plague, in September 2010 with seven songs on it, then we put out the video for Vermosapien in January 2011. By February, I was on the phone with Metal Blade hashing out all the details. We then released the press release of the signing in April. We put out Symbiosis October 22 of last year, which had the original seven somge from the EP plus three new ones.

Yeah, Hegira, To Burgeon and Languish and…

Facades, which we did a music video for. It has been non-stop touring really since we got signed. It’ll be two years in April and we’ve done like eight or nine tours. Trying to stay busy.

Second album and continue to get some good support slots like tis tour. Being on a tour like this is really like a foot in the door.

Tell me about your crowd funding campaign.

We did one the end of August and it really helped us out. We’ve been through four vans, so it went to a down payment on our fifth van. We had been easily paying out of pocket, my pocket, six hundred dollars on every tour.

Is that something you think you can do again or do you get one and that’s it?

I think it’s a one time deal. We didn’t meet our goal, but it still worked out.

Being on Metal Blade now, your publicity has greatly increased. What else comes from being under that umbrella?

You get to meet a bunch of different people., I just recently met Brian Slagel and Kelly Malella and all those big industry people. I’ve gotten to do interviews, like this one, but in Germany or Australia. Places where you wouldn’t have heard our music otherwise. Building connections with your team, your band, and publicists.

If we could tour Europe next year, that’d be cool. That’s on the list for next year. Australia too. Hopefully, the UK or Germany. 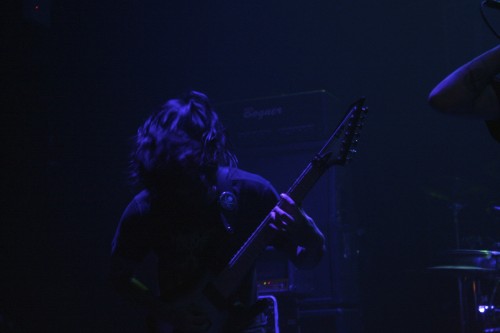 We played at the Palladium in Worcester, Maine. It was fucking crazy. Someone broke their leg during our set.

Did you have to stop the show?

No no. He just got carried out of the venue.

The show must go on.

Did you guys dress up?

I put on an extra mask, but not really. We didn’t have time to really prepare. A lot of long drives on this tour.