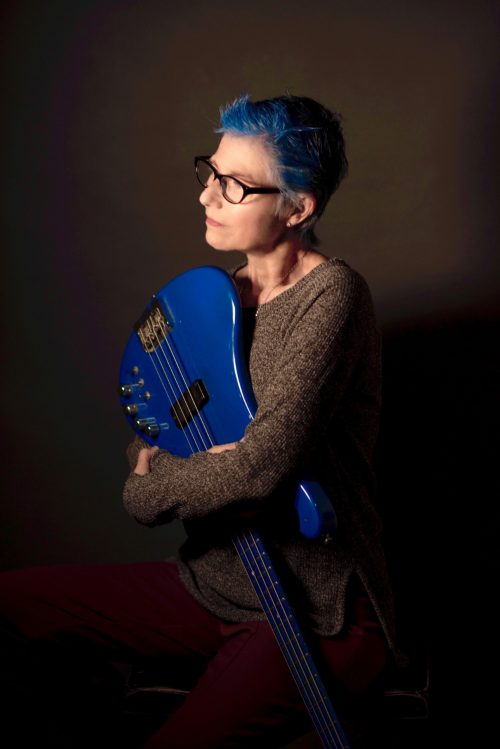 October 19th will see the release of an amazing self-titled solo release from KIRA. Kira Roessler has always been a bold and inventive player in bands like Black Flag, dos, The Visitors and many other lesser known yet also influential underground acts.
Basically like many punkers I always thought Roessler was one of the coolest people to ever walk the face of this rotten world, so it was awesome to get to chat about the solo record that Kitten Robot Records is releasing after a thirteen year gestation of the material. Roessler has also branched out and been part of sound teams in recent years for Mad Max: Fury Road, Joker, A Star is Born(2018), and Game of Thrones Season 2, in recent years.
Kira was produced by Kira and Paul Roessler (TSOL, Josie Cotton, Richie Ramone) and is incredibly refreshing and layered, an uncompromising artist’s pure vision that hurdles genres to capture personal horizons.
Stream a taste of the solo album via “The Ghosts” here.
And READ MORE BELOW for the full and in-depth interview! Did the pandemic play a role in you doing your solo record now? Why this time period? I love all the call and response vocal layering. It feels like and sounds like it is a peek into your head. Like you had the time to really make the record into its own world. I also love how the percussion more spare than driving and the bass and vocal tend to be the main architectural factors in each tune. There is a great use of space. “Avoiding” sort of reminds me if Eleanor Rigby was like an indie doo wop thing w like prog punk bass, haha.
KR: That is certainly a valid question, but no the pandemic was not really a factor at all. I have been working on this material for 13 years. The decision to release my first solo record now was because I was offered this release through Kitten Robot Records and I turned 60 years old this year. It seemed fitting to finally release some of the music I have been evolving alone in my room.
These songs ARE a peek inside my head – a very personal intimate one. The layering evolves from the nature of the recording – each element added to the next one at a time. The bass as the initiator – always. The vocals and bass are the starting point and the essential percussion adds from Dave Bach and my brother Paul are always careful additions. With bass driven music (especially two basses as evolved from playing for many years with Mike Watt and with my own parts) space and holes are a critical part in my mind. The amazing guitar by Glenn Brown fills just the proper little spaces too – his skills dazzle me.
“Avoiding” doo wap?? Hmmm – this song is an anomaly on the record because it was evolved with Petra Haden actually in the room. The vocals become instruments – she is a master at this – check out her work! So the dance of the bass, violin, and voices were realized together in a more collaborative way than on other songs.
Lol, I didn’t know quite what else to call those parts. It is very unique! So, I was trying to think of a record where…well, ‘End Hits’ by Fugazi similarly came to mind. They really stretched their sound on that one and embraced more chill tempos at times. I mean, you have always stretched at genre boundaries. Your record reminds me of that as well and sort of reminds me also of how that band Morphine (obviously a different sound but also bass driven with some jazzy parts) sort of created a unique sound. What were your goals for this album or did it sort of reveal itself to you? It sounds very organic. Like completely uninterested in copying anyone, which is so cool. And the songs really tell stories and have a sense of setting they take you to as a listener.
My sensibility has always been non-conformist… So there would never be any question of copying anyone… my song writing has evolved as just a way to tell my stories, share my deepest feelings, and honestly the intention was always just to create – not necessarily to share or distribute the material. Think of me alone in my room, over the years, just finding a way to be myself. I have to play bass, it is who I am. I have to express myself – it is my therapy, my self-help. I now share these songs and hope the feelings come across.
So, sound and dialogue work has become part of your life for awhile. Did you ever think you’d have some of the awards you have now as a scrappy punk? What were some of the most exciting aspects of being part of some of the movie and tv projects you have been part of?
I certainly had no idea what would become of me as a young punker. I studied computers in school because I just thought it was a good backup since music is so hard to make money with. I worked in computers for 11 years and it didn’t fit my non-conformist ways, being quite corporate. It was a fluke that I met someone doing sound for a student film – and with my computer and music background the fit was quite perfect. The creative people I am working with suite my personality a bit more … and the work is interesting and varied. I like how I move from project to project, always with new people. It is exciting when our work is acknowledged with awards, but just making the clients (directors, producers, etc.) happy is quite rewarding. My work involves trying to solve problems, so it is rewarding just to make things sound better than they did before. It was quite exciting working in Sydney on Fury Road. George Miller is an amazing director and the experience was a once in a lifetime one. 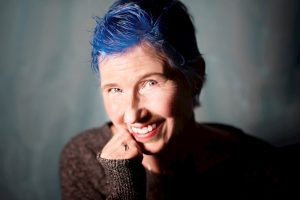 I revere that movie. It is sheer brilliance. Tangent, but as someone who knows him was it weird to see Pat Smear play a presidential inauguration? I know you used to play together a long time ago. My ex Lizzie/Globelamp is friends with Don from The Germs (and was also on Mike Watt’s interview show once which was rad) and we were wondering if it tripped Don out or other OG punks…if you saw Pat up there, haha.
I love to see the success that Pat has had. I have never understood the attitude of being against success. Way back during the punk days The Dickies got signed to A&M to do a single – and all the local punk bands thought they would quickly be signed too. Punk rock was gonna be mainstream! It soon became clear that it would be a long while before punk rock became mainstream. It seemed to me that we were counter to the existing music hierarchy – disco and arena rock, but not counter to being appreciated or getting paid. I think Pat is a great example of a guy doing what he loves to do – the fact that he gets paid for it is awesome.

So, my one little Black Flag question here. Live 84 is my fave Black Flag record and maybe favorite live album period. It’s mind expanding and also feral. It has everything. So fuckin’ gnarly.  What do you remember from that time in the band specifically as intense or challenging or exciting about the directions things were going?

That was the perfect time for that line-up. We had done some touring (US in Spring and then Europe) so we were really tight … I had gotten over the initial physical hump of just being able to play that long and that hard. Greg had an endless supply of material and we jammed for hours as well, so the band was evolving stylistically as well.  My school had been creating an intense touring schedule … we had a winter tour scheduled later that year. So the pace was furious, but since the band had suffered through the lull of an injunction from releasing records, it felt good to everyone to be touring and releasing records at that furious a pace.
In “Unsolicited advice” you mention phony kindness, people full of “helpful tips”, etc. Is that directed at anyone? or about musical mansplaining you maybe dealt with over the years?
The initial spark of that song came from a specific interaction at work (sound editing). But a song tends to have a life of its own once I start to let it loose… so all of the similar interactions certainly fed in to the lyrics as they came out. I dove into what unsolicited advice can feel like on the receiving end also to remind myself … because all of us fall in to the trap of offering unwanted advice.
What was it like working with your brother as co producer on this amazing body of new work?
Paul has been my musical compadre, inspiration, and nemesis my whole life (or at least since we started on piano when I was 6). Siblings have a tendency to drive each other in some ways I think, and I have always felt musically driven by Paul. Since he is older when we were young I felt very competitive with him and often felt less-than.  But in the last fifteen years our relationship has been very supportive and he is critical to the process of moving my music into its more polished phases. I love spending time with him at Kitten Robot Studio.
I love how “Silently” or something can be laid back and then other parts of the album sound sad or playful. Did it take you awhile to get this confident as a vocalist to sort of establish your own style range?
I have never thought of myself as a singer. I am a bass player who sings. But a long time ago when I was working with Mike in dos we started incorporating singing into our band and I became more comfortable putting myself in that position. I still struggle with hearing myself sing and achieving what I want to with my voice. As I age, my voice is changing of course. Adapting new styles of singing just has to be part of the work. I do enjoy telling stories through the lyrics and therefore the singing is essential.