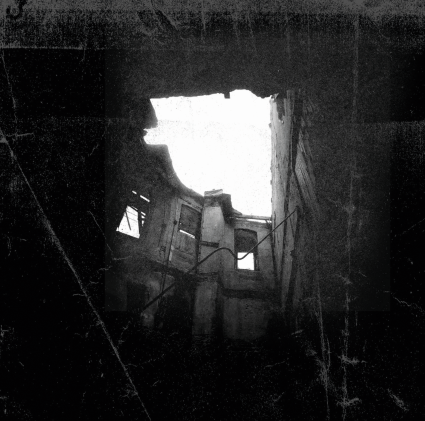 “We treat each other like shit. We’re selfish and short sighted. We hold prejudices that no civilized person should hold. We’re fucking ruining the planet.” – Imperial

Krieg, the black metal baby of band leader/founder Imperial (aka Neill Jameson) have a certain essence missing in many metal bands, a sense that they exist much like the inevitable forces of nature around us. The music is vast and often unwelcoming, but at other times bleakly comforting, like snow blanketing a corpse. The band exist on a plane of discontinuity with trends, more likely to be found dealing with larger issues like the role of the lone soul amidst the march of  time, contrasted to the cacophony of bullshit that clamors for attention in the blogosphere and commercial entertainment realms. While Imperial is known as a popular writer for Decibel, his band is much more focused on letting the music talk.

In the following exclusive, Imperial communicated to me from the record store he works at about life after black metal “super group” Twilight, the essence of new album Transient and methods of conquering depression. Click HERE to read it.

Transient is a great album name. We think of a wanderer or vagrant but life itself is transient. Music is a changing process. Thoughts?

It has several meanings, both literal and figurative in regards to this record. In the figurative sense it’s as you said: wandering from place to place, idea to idea, without really ever finding a comfortable place to call home. Actually the track “Home” basically describes the motives behind the entire record. The literal meaning behind it was that I was homeless and moving from place to place for awhile also while I was weaning off medicine for bi polar disorder and depression so I had (and still do to a certain extent) a feeling of constant displacement.

“The Order Of The Solitary Road” starts with a cold void then yanks us in as the bassline and guitar really sets the pace for the start of a long journey. Yet it almost arrives in a fully hatched march from the first beat,very impressive. Then you explode into ferocity and speed. In life do you think it is best to brace yourself for the challenges to come or each day will bring, like this, so to speak?

I don’t know if it’s possible to always be prepared in life but regardless of your own ability to deal with it, life will always ebb and flow whether you like it or not.

“Walk with Them Unnoticed” is a great song title. Like an outcast’s anthem or The Catcher In The Rye, vampire lore, any number of things are called to mind. And their is a distance and ache to that song reminiscent of Joy Division. But it feels kind of good too. Was there a direction you were aiming for or did this song kind of birth itself from some weird shadow like on Game Of Thrones?

I was working on song ideas and decided to do something that was outside of black metal and into my other musical interests and see where it could go from there. The obvious inspiration for it was music like Joy Division, Killing Joke, the Smiths etc which were all introduced to me at one point or another by Jef from Leviathan when we were doing the first Twilight record. Postpunk is something that blends itself very well to black metal in my view since they’re both expressing desolate and distant emotions.

How did it feel to wrap up Twilight? How did you know it was time? Are there any hard rock or metal bands today who are more mainstream that you support? I remember once I talked to Stavros and was telling him about Whitechapel, who are good dudes even if it isn’t the metal I gravitate to most often, and Stavros said “Who the fuck is Whitechapel”? Haha.

By the end of the road for the project I was just happy to be done with it. The two years leading up to the eventual release of the record were exhausting with all of the drama that was playing out surrounding it. I’m very satisfied with the final record and to be able to work with the musicians that made up the final formation and wouldn’t hesitate to do something new with any of them.

In terms of mainstream music that I enjoy I’m a fan of Queens of the Stone Age, Interpol Against Me!, Chelsea Light Moving, Mark Lanegan and Chelsea Wolfe. Anything somewhat morose or just something that has a hook that catches me I’ll pay attention to. I’m not a fan of deathcore or anything incredibly technical, it just doesn’t do anything for me.

I love all the artists you listed, especially cool you said Against Me! Your song “Home”…home is an interesting concept as well as a song on your new record. Does Krieg feel at home in a certain sound more than others or is it always unwritten? Do you feel like the world is invaded by worms trying to find a home? The is an internet meme my friend abby normal posted about how “people were created to be loved and things to be used”, but the world is fucked cuz we do that backwards.

It changes from year to year, just as I change as I get older and experiences begin to pile up. I don’t like personal stagnation regardless of how others perceive what I’m doing. The world as it currently stands is filled with a degenerate form of inhumanity that values material possessions and celebrates ignorance and stupidity. I don’t get political in my music but you’d have to be blind to see how bad police states are becoming, how the class war across the world is worsening, religious extremism is threatening the progression of thought and even the health and safety of people worldwide. We treat each other like shit. We’re selfish and short sighted. We hold prejudices that no civilized person should hold. We’re fucking ruining the planet. Humanity is not something worth celebrating if we continue these outdated and asinine ways of living. Anyone who is aware of this probably shares the same feeling of discomfort and displacement.

Do you think “Winter” is maybe the most militaristic, insistent song on the record in some ways? The drum beat on that is like this looping wheel, it’s great. Very inhuman and inhumane, in some ways. Isn’t it funny how we use the word “inhumane” to describe some acts we see as morally apprehensible, while they are cleary part of human nature since assholes do them? Would we rather have rose colored spectacles and hope humanity is better than we are? I want to draw strength from music like this and feel like it isn’t just giving up to “Circling the Drain” for humanity, so to speak. Like, I think handling bleak emotions or nihilistic thoughts through dissonant sounds or the romantic and melodic almost new wave sides of your band or Beastmilk is really good energy mindfulness, in a way. It’s like fucking yoga.

“Winter” was the song that really built my personal connection to Amebix which is why I decided that it made perfect sense to cover it for this record. Just utterly bleak and barbaric yet somehow sophisticated. You’re absolutely right about how we use “inhumane” to describe the worst parts of human nature that are just that; human nature. We have an idealized view of what we should be, how we should act, our moral conditioning. And yet we deviate from it constantly. We’re a very judgmental animal. We’re conditioned that we are meant to be happy all of the time and to do whatever it takes to maintain that imaginary status quo. But anger and depression are all a part of life and hiding from it is moving backwards, the same as allowing it to overcome us. Learning how to cope with emotion should be a high personal priority, the same way someone goes to the gym to build their bodies people should also concentrate on how to build whatever you want to call the beings within those bodies.

How do you, if at all, see Krieg’s role in the place you have entered the, for lack of a better term, timeline of heavy metal history?

I don’t. Maybe a minor nuisance that refuses to go away no matter how many times it’s told it’s unwelcomed.

Do you ever ponder how MP3s are better for the environment than vinyl and physical formats? Or is that just bullshit since many electronics use illicit minerals from killing fields around the world anyway? Woohoo. If not this, were any topics particularly on your mind while creating Transient or did the themes present themselves during the course of the record’s fruition?

People do speak about the value of tangible art, be it a printed work of literature or a record. I’m throwing stones in a glass house here because I do the same thing. But if we were to stop being so fucking short sighted with the planet and our resources then we would realize that we’re just creating landfills for the future. So in that sense the idea of mp3s is positive. But like you said, we are still doing exploitative things to nature and to people through the technology required for them. Same with how we have new phones every few months when there’s nothing wrong with our old ones besides them being a bit slower. We are a tribe of consumers that are punishing the future for our past.

Yeah, I still use a flip phone on purpose. Guess that is kvlt nowadays. “To Speak With Ghosts” is deep and lonely. What is that song a reaction to, or is that too simple a question?

The lyrics are the description of what I personally go through either during anxiety attacks or through sleep paralysis. Both are conditions I’ve suffered through for a long time which are disruptive to my life. When I sat down to write the lyrics for the song they just flowed out easily, which isn’t something that occurs much for me. I still suffer sleep paralysis once or twice a week but the anxiety attacks are less and less frequent.

Best regards and keep on keepin’ on. Lemme know if ya ever get any good older Touch & Go vinyls ; )

Almost never see any, we don’t get a hell of a lot of used punk/noise rock etc here mostly because the people who have that shit to sell know they can get way more online for it. New Shellac on the horizon though, that’s great news for the year. 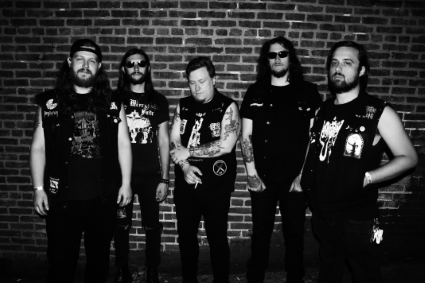 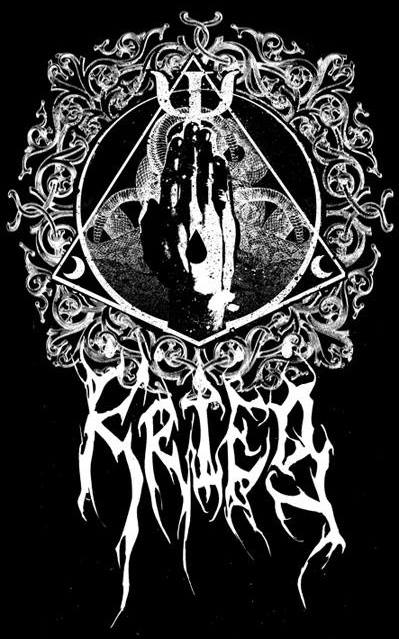