Interview: Lotus – “The stronger the love, the deeper the knife” 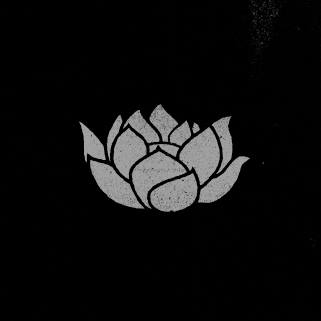 “People often refer to my set-up as ‘ghetto drums” since there are some parts missing and I mostly don’t treat it too gently.”

Bert Hofman drums for Belgian hardcore band Lotus (not to be confused with the stateside electronic jam band who an ex girlfriend of mine liked). This Lotus is decidedly heavier than most metal bands, a colossal force of RIFF and old school Black Flag style hardcore with the knob broken off. The guttural lyrics are full of disdain,the fight for liberation, a cunning vocabulary and venom. Drums build things up to a tribal level of ceremony while the guitars and bass (often in unison) create a huge wall of feedback bathing crunch. These guys could take on/share the stage with any of the current awesome bands like Gust, Hierophant or the mighty All Pigs Must Die who have caught the imagination of many fans lately. Like Gust, however, Lotus let the words really cut through, which I think is more refreshing.

I’m a big fan of this band and hope they go far. Whatever happens they’ve made a monster record you can listen to/purchase HERE.

To read an interview with Bert, see BELOW. \m/ 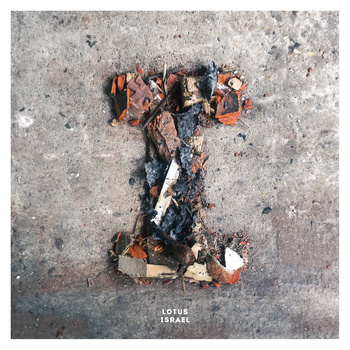 “Brink” is one of the best hardcore punk songs I’ve maybe ever heard. Killer jam. How did you develop your sound?

First of all, thank you for the kind words and thank you for listening to our record in the first place.
While writing Israel we didn’t really think about developing a sound. In fact we didn’t really think about putting out a record while writing the songs . What I’m trying to say is that most of our songs came out very naturally and I think that reflects to the sound we produce. Maybe the song ‘Brink’ is a good example. When we were writing ‘Brink’ Jelle (vocals) told us about his lyrics for the last part of the song.

“Like a seaworthy ship that has set out for shore
But with all of its sails is no match for the storm
And the waves that smash into its bow
Splintering its stem, along with all hope”

Jelle suggested to make that part literally sound like crashing waves. We all thought that was a great idea, so we tried out some things and ended up with the song that it is today. There are some other songs where we worked like this but most of the time we’re just hitting our instruments really hard and yelling really loud.

It wasn’t until we decided to make a record out of these songs we started thinking about a ‘sound’ for ‘Israel’. So every member chose some records he thought sounded really cool and presented them to Nico who recorded ‘Israel’ at XPZ Sound. Nico translated this to a record that we think sounds amazing.

Israel is kind of a bold album title, like when John Zorn had Masada. It kind of makes people’s own preconceptions zip to the front of their mind, perhaps. Or Rob Lind’s band Ramallah also comes to mind. What about the name or location sung to your imagination?

We get that question a lot but ‘Israel’ isn’t referring to the country nor its issues. It’s not meant to provoke or be bold whatsoever.
Actually, the biblical story of Jacob inspired us to name it that way.

One night Jacob got into a fight with a man, that man was God. At dawn, after fighting all night Jacob came out victorious. Jacob decided to let God go, on the one condition that God would bless him. God agreed and from then on Jacob would be called Israel.

‘Israel’ translates into “he who wrestled with God and prevailed”. That appealed to us because Jacob showed the courage to fight something bigger than himself. You can make many things out of that but the most important meaning for us is to keep fighting, to keep believing and getting the best out of yourself. There are many struggles people have to face every day. A lot of those struggles are with ourselves, the world around us and all the things we don’t have direct control of.

That being said, LOTUS is no religious band in any way.

What compels you to do this band? And is it fun to play the “I am Steppewolf!!!” part of that song?
I can’t really describe what gets into me sometimes but when we get together and play our songs I don’t care or think about anything else than playing those songs. The only thing on my mind is to hit that snare drum as hard as possible. It’s a way of getting the bad out. I could’ve said that it’s an outlet but that would be lame, right?

When we started this band I actually didn’t really know Jelle, Jasper and Jente. We sometimes ran into each other at an Accept the Change (the band Jasper and Jente used to play in) show but that was it. Jelle, Jasper and Jente knew I played the drums and one day they asked me if I’d like to start a band. I agreed. They actually considered to name the band “Three friends and Bert” but I’m glad we went with LOTUS . Needless to say these three guys became my very best friends and I think that may be the main reason why I’m in LOTUS.

About Steppewolf. That last part is indeed a really intense one. Despite the fact that it’s a really personal song to Jelle I think everyone in the band can relate to those lyrics. So when the song builds up to those three last words everyone is really going for it.

Belgium has a support for real bands. I love that they were great to Life Of Agony always in your homeland. What does it feel like to be a band from there, or are you more focused just on yourselves as a collective than where you happen to be?

Belgium is indeed welcoming to a lot of American bands and, a bit to a lesser extent, bands from all over Europe. And there are plenty of Belgian bands at the moment. But our country, small as it is, consists of three communities, each with their own language (Dutch, French and German), that can be pretty detached from each other. And I think that language barrier stands in the way of a proper exchange of local bands sometimes. As for us, we’ve been a bit confined to Flanders (the northern, Dutch-speaking part of Belgium) so far. But we’re eager to play anywhere.

“Story of a Young Man in Conflict” sounds like the name of an unwritten Joyce, Celine or Dylan Thomas perhaps book, ha. But the song actually is a raw hardcore punk tune. You have a raw sound but the lyrics seem very focused and intellectual, even when the vocals are screamed!

I’m pretty sure Jelle is a big fan of those authors and will be humbled to hear that .
Yes, musically we’re ‘just’ playing loud and heavy music. And if it wasn’t for Jelle it would probably be just that. But when he brings his part to game, things get real.

Jelle has some pretty high standards and really took his time to carefully distill his thoughts and demons into these, kind of encrypted, lyrics. Needless to say he spent a lot of nights behind his desk writing and re-writing, but in the end it was worth the wait. Jasper, Jente and I are really thrilled with the lyrics Jelle ended up with. The combination of those lyrics with our music is what makes LOTUS LOTUS.

Some great European bands right now from Gust to your band to MARTYRDOD. North America also with Counterparts, Screaming Females or War On Women, for example. Do you worry about standing out or just focus on your art?

We don’t really care about standing out. Which doesn’t mean that we don’t take LOTUS seriously. We just try to write songs that we think feel right for LOTUS and that’s it. If you’re trying too hard, you’re doing it wrong. We know we’re not Belgium’s next Dead Stop, True Colors or Rise And Fall and we’re absolutely cool with that.

How was this record recorded? It has a modern feel but the edge to old Bl’ast records or Black Flag. It is definitely better than Black Flag is now, hahaha.

We recorded Israel in two sessions. The first time we spent three days in a small studio in the back of the house of one of Nico’s friends where we recorded the instruments for all the songs and vocals for 4 songs. The second session was in the home studio at Nico’s home where we recorded the vocals for the remaining tracks and some additional percussion. That’s about it. As I said, we threw some ideas around sound-wise and Nico started working with those ideas. There’s maybe one thing that may have to do with the edgy sound you refer to. People often refer to my set-up as ‘ghetto drums” since there are some parts missing and I mostly don’t treat it too gently. The second day of recording we even had do drive to the nearest drum store to buy a new cymbal because it was cracked all the way to the middle and Nico couldn’t stand it anymore . Thank you for liking that .

What do you think our Nations could learn from one another?

Wow, this is a bit of a brain twister. First of all, it’s safe to say that the two don’t really compare. I mean the US are 300 times the size of Belgium and house 30 times the amount of people. So in terms of politics, economics or even social dynamics, our nations play on a whole other level of intricacy. The two are in an entirely different ballpark. And so far, the four of us have never even touched American soil nor do we have acquaintances over there, so our perception of all things American is for the most part based on what seeps through via our own domestic media and satirical late-night talk shows like Last Week Tonight. So I won’t go as far as making pseudo-educated guesses or non-factual comments. It would be a lousy comparison. I think I’ve answered your question by not answering it, haven’t I?