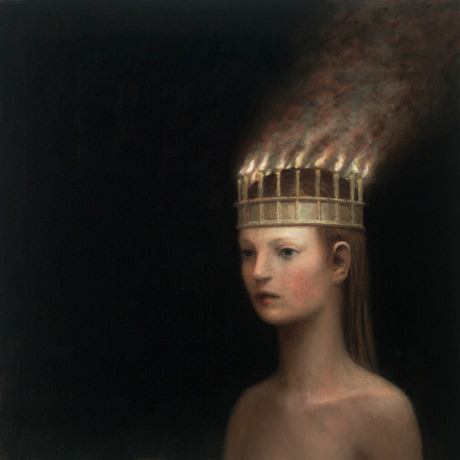 Mantar , a German duo known for dominating ear canals in vulgar ways and collapsing buildings with their sludgy sonic eruptions, are re-releasing their beloved Death By Burning record on limited vinyl HERE and the band’s bandcamp www.mantar.bandcamp.com. This alone was enough awesomeness to necessitate a chat with guitarist / vocalist Hanno Klaenhardt.

Read it BELOW and get blessened.

How did this re-issue with Brutal Panda, a great label, come about? What made you pursue it?

We met Bob from BP at Roadburn 2014, which was our 5th show ever. Mantar actually is a very new band and we just started playing live a year ago. So Bob was around and bought some merch and we started talking. We kept in touch and then he offered to put out our record in the US. We know he is a very picky guy when it comes to his releases and we like that attitude. I think its the perfect label to get things started in the states. Mantar is an underground thing these days and i thing Brutal Panda is the right label to push the word to the right people. People with taste.

Death By Burning was recorded in 2013, I believe. Does it feel good to know you captured a really creative time for your band in the studio?

Well, we didn’t think while doing this record. We played only for a couple of month before recording DBB. We literraly finished the songs the night before we entered the studio. So i wouldnt even say that we have been very creative, we just did what we could. Raw and fast. We recorded everything ourselves with the help of a good friend. So, no producers or anything. I guess thats why the record turned out to be good. Very one dimensional, in your face kinda thing.

I feel like any of the songs from “Astral Kannibal” to “March Of The Crows” could work well live, but are there some you find get performed more often?

We play all songs of the record on a regular basis. With exactly the same equipment we used in the studio. We almost didnt do any overdubs so these songs are easy to play. You just have to make sure to put the right amount of energy in it.

Is it hard as a two piece band to agree all the time. In other bands if there are three or five piece bands at least they can have a democratic vote, but 2 or 4 piece bands have to really reach an agreement if there is a tie vote on a “career move” or disagreement. 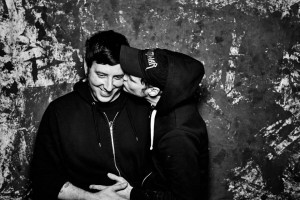 Being a two piece band is the most democratic thing ever. There is either a YES or a NO. There are no compromises. It’s that simple. We agree on the most things anyway as we both know what we want and what we do not want. Beeing a two pieve is hard in other things. On tour for example. Its like having a relationship. It can get tough hanging out 24/7. i wont make any romance out of it. Especially if you like beeing alone. Like me.

I love some of your influences from Melvins to Darkthrone’s punkier or newer classic heavy metal influenced Circle The Wagons and The Underground Resistance stuff, though your band has pretty strictly harsh vocals. Did you just really want an original slice of underground sounds or is this kind of what came out of you?

Again, we had NO plan or any kind of agenda while forming this band. It is what it is. No plans have been made upfront. And we dont know much about metal and other bands in general so we didnt even have the skills to become some sort of rip off. Regarding the vocals, nobody knew how they would sound before we started to record them as we never jammed with vocals. I just started screaming. I never did that before. Chances had been good that it could have sucked big time. glad people like it.

Well, time will tell. We plan on writing new stuff during summer. If we like it we will put it out, if not we wont. No contracts or whatsoever force us to do anything right now. But sure, would be fun to play some new songs.

Witch burning was horrible but I feel like at least a lot of those innocents who suffered were set free from this cruel world that persecuted them, but with no assurance of an afterlife it’s a small condolence. What made you pick the album title for this record, or did it just sound tough? You can burn to death slowly inside emotionally as well.

Correct. Its more about a certain state of mind than burning on the stake. Death by burning can mean something very positive, energetic, or, as you have mentioned, a slow death of burning out from within. But hey, first of all its a fucking cool name. I hate bands who try to make fucking rocket science out of every move they make including their lyrics.