Interview: Metsatöll – Of Wolf And Man 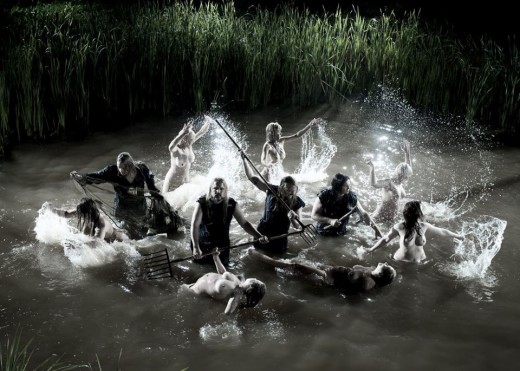 Metsatöll are one of the greatest heavy metal bands I have ever heard. Their at times harsh and other times elegant and majestic riffs summarize what is most expressive about the metal language we all love. The Estonian band have been wildly successful and have now returned with their latest Spinefarm release Karjajuht. I have grown so fond of their music that I am even planning to travel to Estonia from new York to see them this summer as well as a friend and family there, so hopefully it works out.

Metsatöll have done many things, from touring with my friend Paul’s awesome Victory band Blackguard to playing with Tyr and Moonsorrow or playing huge stadium gigs. It is refreshing that a band so distinctly individual could cut such a path.

Do yourself a favor and immerse yourself in this powerful band. If you love metal, despite language barriers, you will undoubtedly be hooked. I spoke via email with multi-instrumentalist Lauri of Metsatöll about the new album and thoughts on their career as metal believers. 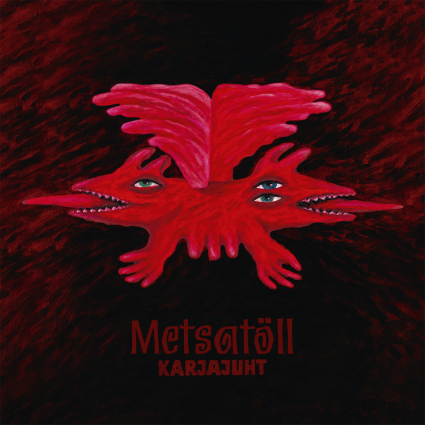 Good day! What are you doing today in your part of the world?

I love the beautiful guitar at the start of “See On See MAA” and then the heavy riff and strange time signature over the acoustic. Were you very happy when you wrote this part? It is mesmerizing!

Thank You. Of course! We are always happy! It’s good to play in a good band and write good songs. And it’s happy, there is people, who love our music. 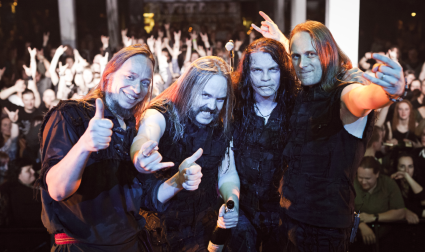 What extra instruments did you know ahead of time you wanted Lauri to include on this? (*Note: when I sent the questions I didn’t know who would be answering).

As Lauri, I have to tell You, no-one knows. Sometimes even Lauri doesn’t know. But when I wanted to include a drummer, guitar and a bass on this new album, I knew exactly, that it have to be heavy metal with my Estonian folk instumental department.

I love the drumming on this album from Atso. The performances are super tight! Especially ‘Must Hunt” is awesome with the drums under the flute before the shuffling main riff comes in. Did you record drums seperately or the whole band play together?

I don’t know much metal bands who are really making live records in studio. Ok, jazz. Jazz is different… it’s good to play everything together and improvise. With Metsatöll, we have 93,5% (and 0,72% of it are natural mistakes) of music pre-arranged before recording, so we really try to play all instruments separately. Especially drums. But the drummer knows what to play and whats going to be on the top of those drums on a record (at least we think so).

Estonia has a rich history of group singing in the culture, from big choirs to towns of people singing together. Then there is the famous Singing Revolution of ending Russian occupation in the late 80’s. The vocals in your band are strong and bold.

Thank You, we do hope, our vocalist gets one day as bold and strong as his boldness to sing and strongness to hear it again.

Estonia has lots of old tales and folklore. I remember being scared of a story in an Estonian Fairy Tale book about the devil disguised as a leather skin seller selling human skin to a traveller. That scared me when I was a kid! What are some of the things that inspire your lyrics and words in your songs?

I think the most of the inspiration comes from the things surrounding us – the nature, people, culture. As our traditional culture of Estonia surrounds me everyday, a part of that inspiration should have to come from it too. About a human-leather seller – don’t take it too seriously, its fakelore, not folklore. 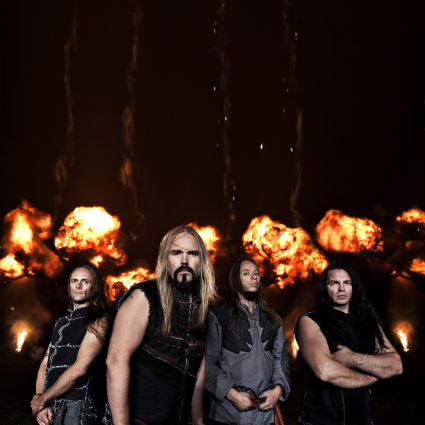 Do you like to play a heavy and dark fast song like “Mullast” the best or prefer the slower songs like ‘Karjajuht” or the amazing beautiful “Talisman” introduction? You guys have very dirty and heavy distorted guitars!

Our guitar-tech really tries to clean our dirty guitars with a special acid-like liquid from Mosambique. I think that is the part they get  a little distorted.

Did your parents tell you rock n roll was bad when you were kids?

No, they said, never listen to disco music, its bad for Your brains. As grownup, I can see the difference.

What do you most love about performing and singing of your culture and heavy metal as well?

The possibility to stay honest.

What did you most want the lyrics to discuss on this album and how have fans been loving the new songs?

Lyrics don’t discuss, people do. For everyone, there is a littlebit different understanding-corner about every lyrics and word. I never read our reviews, but my close friends, who are usually not my fans, have told good words about the last record. I believe them the most. 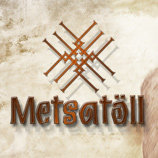