John LoCasto (vocalist of Misery Kills) is the interview guest today to tell us about the Long Island based band’s new room smasher My Ugly Insides. The record has the ear marks of a good, mid 00’s alt metal record combined with the merciless sound of NYHC in it’s most violent form.

I’m the kind of rocker who can appreciate rock n roll enough to like everything from Halestorm to Ozzy to whatever, but sometimes you just want to hear something that brings the heavy in a rarely relenting manner. My Ugly Insides is out 1/20 Via iTunes.

What does it mean to you to represent the area you come from?

It means a great deal to me because most of our hardcore influences were based out of the NY area. We are actually from Long Island, NY which is a couple of miles away from the five boroughs , so it is cool for us to represent Strong Island, as we call it.

The band have the patented moshable parts we know and love from hardcore bands like SubZero or Life Of Agony but also some even heavier influences. Also, how was it working with Joey Z? Can you talk about it?

Working with Joey Z is always a great experience. We were actually fortunate enough to do two previous albums before this one with Joey. We have become great friends over the years, so when it comes to recording with him, there’s never any time frame or pressure. He knows how to pull the best out of every member in the band. Joey is not only a good friend, he is kinda like a brother. 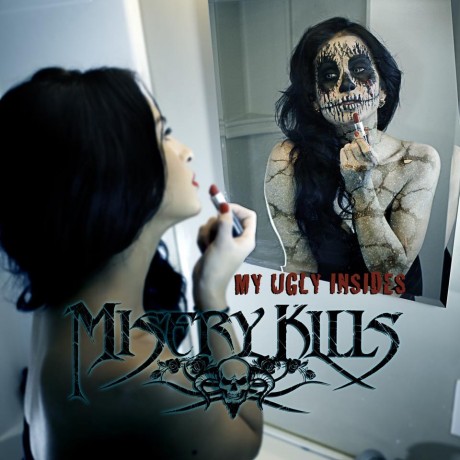 My Ugly Insides has the bold cover image of a girl painting her face to perhaps conquer death or fear? Can you talk about the cover? Do we need to embrace our ‘ugly’ sides as ok, as Nikki Sixx suggested in “Lies Of The Beautiful People”? I hear a little classic Megadeth in the title track’s intro. Though the lyrics seem to be about revenge.

It is funny that you say we should embrace our ugly sides, because to me the album cover portrays somebody that on the outside may be beautiful but on the inside they are actually evil. And by looking in the mirror only one self would be able to realize that. The title track “My Ugly Insides”, is pretty much about that theory. It’s about a person who is fed up with his better half and decides to show her his true colors, but then in the end realizes that he would have been better off keeping her around, but now it’s too late.

“13 Miles” is a real banger. Out of control heavy.The muscle of the intro barrels forward like a frieght train before the pit half time part really bangs in. Does this song get intense live? Love that ride cymbal! Then the fuckin’ guitar solo just destroys and is like such vibe and skillfully executed. Hard band to pigeonhole!

“13 Miles”, for me personally is an awesome song to play live. It’s like riding a roller coaster! Between the harmonies in the beginning of the song, to the thrash metal verses and the hardcore bridge parts! It is very fun for me vocally because I get to mix up all different vocal styles in one song. Don’t forget about the break downs.

What about hardcore made you feel it so deeply in your bone marrow?

I like all types of music, but without hardcore there would be a lot more stress in the world. What’s great about hardcore is that you can release all of your anger. Some people may think it’s crazy, but it is actually relaxing.

What do you hope fans agree about after getting to know the band?

I am hoping that our fans agree that they have just seen the most intense and brutal 45 minutes or an hour or so, whatever it may be, show in a long time. I hope that they all agree on coming back to the pit, getting knocked down, but always getting picked up.

“Poltroon” is another stand out song. How did it feel spending time with this material and having the songs develop into these juggernaut hardcore beasts? What’s “Poltroon” about? I like that there is still a lot of groove but not in a cheezeball fuckin’ way like 311 or something.

When we were writing “Poltroon” we kinda wanted to go for the old school Pantera at first, as the song progressed, when we were writing the verse rifts and drumming parts, it was a lot faster. When we went into pre-production with Joey Z he actually had a lot of cool drum part ideas, which transformed the song into a more hardcore feel. Lyrically this song is about a person who trusted someone who then stabbed them in the back to benefit themself. Now they have to live the rest of their life looking over their shoulder and sleeping with one eye open because they are a RAT. For anyone who doesn’t know the word, “Poltroon” is another word for coward.

What was a recent really memorable show?

My most recent memorable show would have to be our record release show at Revolution Music Hall on Long Island. The venue was great, the crowd was great, the sound was great. It was nice to have a lot of family and friends plus our fans be in attendance. It was just a great feeling to play in front of our home crowd. 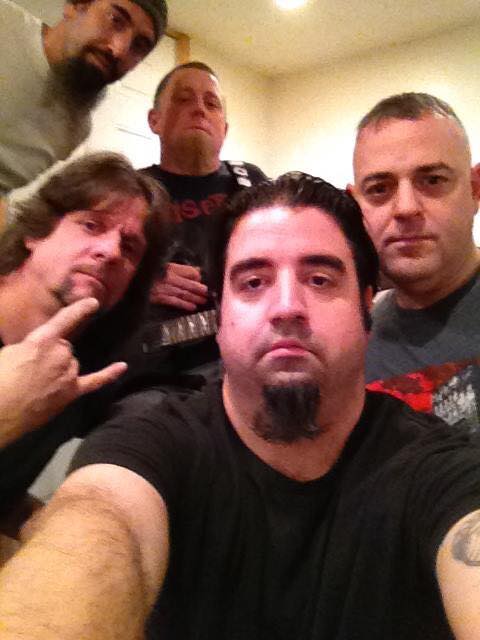