Interview: Mixi of Stitched Up Heart on ‘Darkness’, empathy and the future. 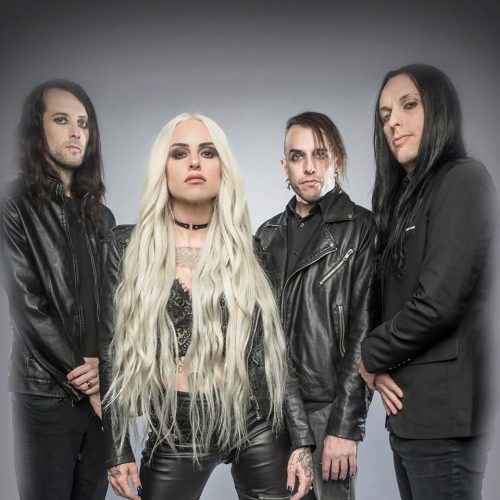 Stitched Up Heart are a hard rock/alt metal band who have been absolutely exploding the last few years due to their high energy, melodic power and connection with fans. With numerous top 30 mainstream rock hits, over twenty million worldwide streams and a lot of fresh eyes on them, this band is not only headed places but ALREADY somewhere many acts never reach. New album Darkness explores a dynamic range of emotions while managing to be huge, catchy and electrifying.  It is sure to appeal to those enduring angsty growing pains or older rock fans looking to feel new energy.

Singer Mixi took some time out during this crazy and horrible pandemic to talk about the new album with me, her approach and some philosophy as well as getting through this time as a planet, animal fostering and vegetarianism.

All the best to this band and make sure to check out Darkness. They sound better than ever.

“Will I ever get a break?” from “Lost” is probably a lyric a lot of folks can relate to right now. How have you been coping through this crisis? It must be a little surreal on top of everything else to have a record called Darkness right now about navigating struggle. How does it also feel to have the record done? It really is even better than already high expectations. Now that you are a few albums in now, is the band gaining confidence?

Alecia ‘Mixi’ Demner – Finally releasing new music after a few years of no new stuff is an unimaginable feeling. It’s like finishing writing a book and seeing the idea coming from nothing to something you can hold in your hands and hear in your ears. It’s really not explainable.

I first became a fan of your band based on the enthusiasm the group had for what you do. You are clearly not faking and connect well with a wide fan base as a result. I think that is apparent in dark alt hard rock Godsmack fans embracing your band with enthusiasm as well as maybe more Gothy kids. I saw on Instagram someone said they wished you would tour with Sevendust. If any tours ever happen again in the hopefully not too distant future (I feel like it isn’t even really responsible of venues and bands, despite their livelihoods, to be announcing dates yet until we know coronavirus isn’t resurging), I could really see your new material working with a band like that who can mix melody and energy so well.

I would absolutely love to tour with Sevendust. What an amazing band and great group of people. I hope our music can reach as many people as possible. Not everyone is going to like it but the people that do are the ones that matter the most to us.

I love how the band embraces poppier elements without it being an issue. You can sort of tell if a band is trying too hard to be catchy whereas with Stitched it feels more like infectious energy and passion and you want to sing along. “Problems” is a perfect example. It is probably my favorite on the album, almost punky but also stadium ready and so catchy but with real feeling. Thoughts?

I always try to write melodies that will get stuck in your head. Not trying too hard but something that just feels right. I believe you have to try to be yourself and be as authentic as possible. Some artists may come up with stuff that they believe is original to them but it may not sound like it to someone else. I would think any artist would want to be original.

How long have you been doing animal rescue? My gf (the psych folk artist Globelamp) and I just got an SPCA cat who was there two years. She was so grateful and is doing well. We are considering fostering during this Covid-19 crisis as well, but first had to make sure we would have an apartment still, haha. I heard you took in a lot of cats or bottle feed kittens on the regular? You started animal care after the Cali wildfires?

Now is the perfect time to foster! Especially when people are working from home and can finally find the opportunity to help so I highly recommend it! I’ve been fostering animals for 5 years now. I’ve had over 30 fostered babies in that time. My forte being bottle baby kittens. They seem to need the most help and take the most work that some people may not be able to do. Feeding them milk every few hours and through the night is difficult and I’ve just gotten pretty good at being able to tell if they’re growing healthy or not.

I’m not trying to nor would I ever want to get xenophobic but I hope if people are concerned this virus came from maybe eating animals somewhere in the world that it maybe makes more people head towards a vegetarian path. Have you been veggie a long time? People are in denial if they think animals don’t have emotions and that factory farming isn’t evil.

I think this will help people that may have been on the fence about eating meat before not want to eat meat. I hope so at least. I did read that they are no longer using dogs as livestock in China and bats and other odd species are not allowed on the market either. Some pork companies have also shut down due to COVID. So maybe we can save a few more animals in all this.

I saw Sebastian Bach awhile ago in Poughkeepsie and it was a total blast. Are you going to be working together in the future once this dust settles? I would definitely catch that.

We have plans to tour this fall. I’m hoping everything has cleared up by then. Was really looking forward to seeing some of the songs from the first Skid Row record live! How rad is that?!

He’s still got it! So I was reading in your press release how you had a t shirt that helped Guitars For Vets. I actually watched First Blood today because the legendary Brian Dennehy died. Of course Rambo in that movie has a ton of PTSD. I wonder how vets or really anyone with mental illness (I am not a vet yet am manic depressive at times but can’t speak for others) is coping during these times. Does it feel good to be able to do your part to lift people up or maybe steer them towards resources with your platform?

I believe there should be a why behind everything you do. If you’re just playing music to help yourself then that is selfish. I do need music in my life to breathe but if I am able to use this platform to help others I will find a way. It’s about WHY are you doing it and if the reason behind why you do what you do is great enough. It’s worth every heartache.

How was it working with Matt Good to make this album? It seems the pairing really went well and it sounds pro of course but with some real feeling. And lastly, what do you hope is a lesson we can learn for the human race or what are you looking forward to doing when things feel safer again?

Matt is a genius! I am so glad we found him! He really brought so much uniqueness to this record!

I think we can learn a lot from all of this. How the planet breathes without the pollution. How cleanliness can save lives, how the world will react by doing something as small as riding your bike to work. Or maybe major companies with tons of employees can have some work from home. I mean, we are making it work the way it is and that means less pollution, less major office buildings, less office rent, less traffic and time it takes to get to and from work and more clean air! 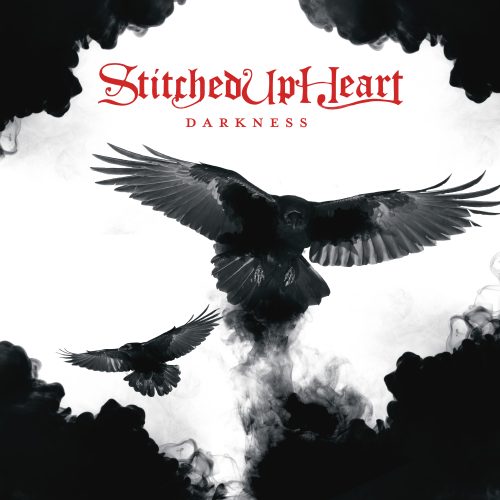