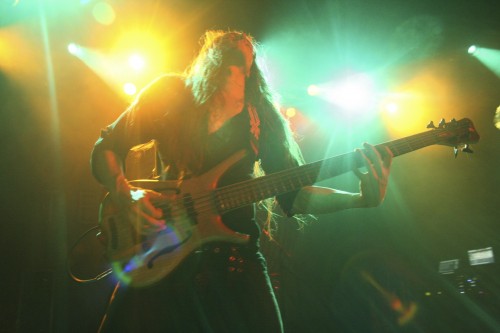 On the final night of TesseracT‘s headlining tour, I spoke with bassist Mos Williams on the challenges they faced down this tour and Altered State‘s year release. I was fortunate en0ugh to see two nights of this tour package and you can read about that here.

We are steadily approaching a year since Altered State’s release. What are some of the stand out moments of this album cycle?

Wow. That’s pretty quick. Just the amazing difference between the level of touring we were doing when we released One, and everything now. It is so much bigger. We’ve gone to places in the world we have never been to before. Also, coming here [North America]. We were here only four months ago, but we were the second band on. Now we’re headlining and most of this tour has been sold out. I have to say, North America has been amazing to us. Tonight is one of the bigger shows, even from our hometown. Even in London, we still only do seven or eight hundred people. We are going to do a tour in autumn, but North America seems to be ahead of the curve, so we’re very lucky with that. Here’s the weird thing: people in Europe think we’re American because we spend so much time over here. We’ve done three times as many gigs in over here as we have done in Europe, so we’re starting to call this home, if not a second home.

What have you learned as a touring musician over the past year?

It’s definitely not rock and roll anymore. Things are a lot harder. You’ve got to look after yourself so much more. Ashe has been ill for a very long time, for about three or four months he’s been on and off ill. It just proves that if you’re doing an hour, hour and a half every night, you have to treat it like a sport. Really be kind to yourself. It is not as easy as everyone thinks. 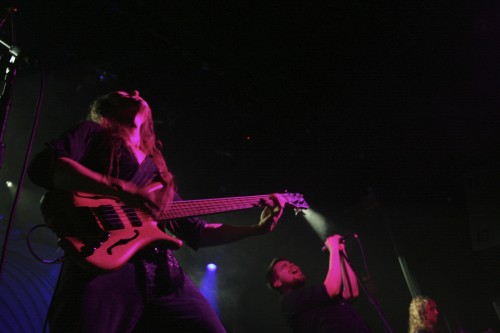 What is James’s role in the band anymore?

James is still with us. James is like family to me. We’ve known each other since age twelve. The reason he hasn’t been on this tour and the reason he missed a few dates on the last tour is that he has two very young children. It is really unfair for us to ask him to be away from them at the moment. His wife can only look over so much and she needs help. Basically, family is one of the most important things to us. We’re quite lucky that we a have a lot of sequenced parts and we can drop some bits of his in. We’re not sequencing the whole time. Acle has adapted what he plays and there are times where he’s almost playing two parts at once. It can be tough on Acle, but we’re very lucky that we have the technology to get away with that.

Expounding on that, when I saw you guys last week in Kansas, I noticed there were several songs where you took a different approach musically to several of your songs. Opening with a bridge or extending a certain riff, tell me about how you guys are jamming out live.

Often with an album you get to the studio without taking it out on tour. Now it’s not that you like patrs or don’t like parts so you decide to change them. It is a case of whilst you’re playing live and you have the thought “this could work” and we share that with other people in the band. If it turns out we like it in rehearsals, we take it to the stage. For example, I did a play through video of “April” a while back and I changed it all up entirely, changed the arrangement, just to make it interesting. Some parts of that have now entered the stage. We changed the drums. They have a different feel, but also there’s a drop down in the middle. We basically add more dynamics when we play it on stage. We quite like jumping up and down in terms of things being super loud and things being super quiet. It’s fantastic to make that change because it keeps it fresh for us. It also gives the audience something slightly different. We know the audience want to hear the album, but we also get quite excited to see their reactions to the different changes. It’s only little bits. We’re not going to drastically change it. 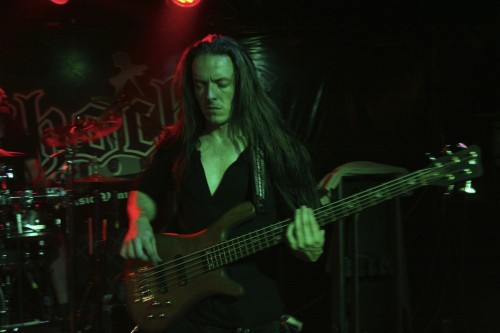 Boston was one of two nights Ashe didn’t perform. What was that like?

Obviously we were stressed about it because it was a sold out show and a lot of people we’re expecting the band. We didn’t know right up until about an hour before we went on, so we couldn’t tell anybody, everyone was in the venue already. There was about five or six people that were a bit pissed about it, but the rest of the crowd were incredible. They just sang along. It’s beautiful and terrible at the same time. It’s great to do, because you get a bit of a rush. It’s something you don’t get to do all the time. Also it’s nerve racking, like doing a job you’ve never done before where everyone is expecting you to excel at it. We were just so lucky that everyone in Boston was really up for singing along.

How was the second night in Philadelphia different?

It was a much smaller crowd, but everyone was still there. It was fantastic, they were really supportive. It shows that our fans like everything about it, not just the vocal or the instrumental. They are fans of both. We’re very lucky. 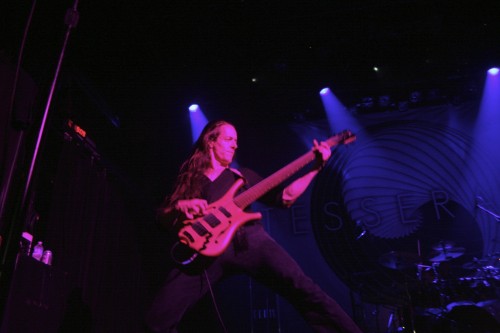 Can we ever expect a saxophone into your live set for “Calabi-Yau” and “Embers” ?

Yeah! Actually Chris Baretto is from New York, I don’t know why he’s not here. We just haven’t had the time to get everything running live. Hopefully we will do soon. The next time we come to North America, we’ll get him in.

I’m happy to say that TesseracT is the first band I have interviewed twice. Have you ever felt misrepresented in a show review or an interview?

Me personally, no. Sometimes it is difficult via email, it can get misinterpreted of there’s an editor getting over involved. It is often easier to do spoken interviews. I get the impression that people pretty much understand what we’re trying to convey musically. We really don’t have a message, so we often don’t get misquoted. We’re just trying to do music, there’s no politics, we don’t try to push a spiritual edge or anything like that. Hopefully, people understand we’re just having fun and being positive instead of negative. 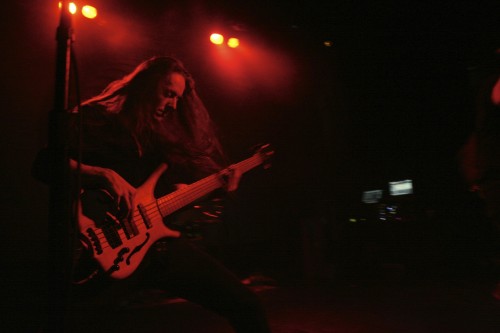 Have you ever shit yourself on stage? 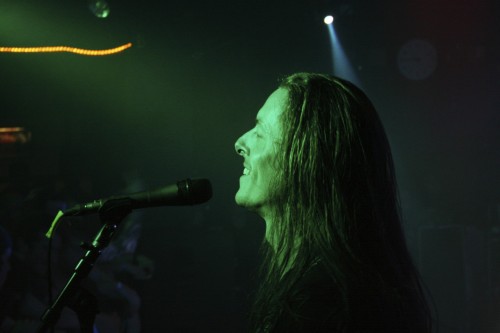