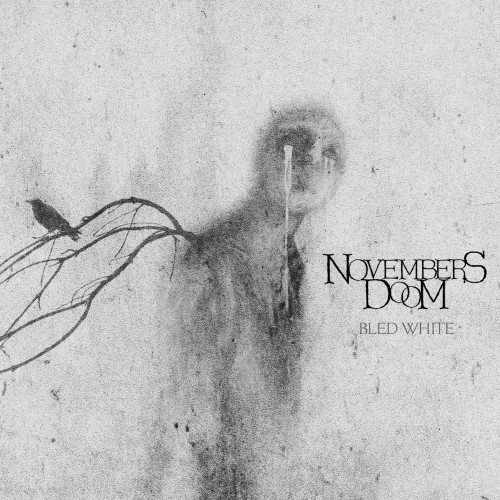 Over twenty years have come and gone since the grasping hand of Novembers Doom first pushed up from below the surface of the Earth and strained towards the dawn light. The band have grown to encompass great depths and realms of insight bound within their heady mixture of dark metallic doom influenced music paired with near classical passages and all out red eyed rage. Pioneers in their field, the band craft a sound still so uncompromising in beauty as well as aggression and the ponderous march of time down the path to Hades open arms that you can’t help but kind of be in awe of the respected group. Only bands like Daylight Dies, Tombs or the great Paradise Lost, Agalloch or Katatonia are in the same realm of undeterred musical courage married to the drive to create uncompromising and raw stories out of sound. Pre Order this bad boy here.
It was a great opportunity to get to discuss the newest in a string of great ND albums, Bled White, with vocalist/founder Paul Kuhr.
Click HERE to read more. 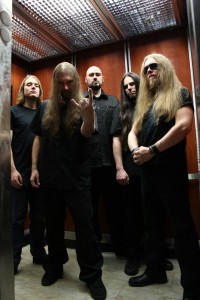 Great to talk to you, Paul. I still remember the day I came across The Pale Haunt Departure and was stunned by the power of the music and artwork. It is great you have kept up the music and quality since then. Some bands fade away and give up but not November’s Doom! You turn like the seasons. How do you keep going?
There’s a couple of factors in our longevity. First, we have always looked at the band as a glorified hobby, because it’s something we love to do. If we tried to do this for a living, we would have split up a long time ago. This also contributes to a frequent turn over of members. Some people want to take things more seriously, and others move on. For us, we remain steady, and choose our opportunities carefully. The second, we are lucky enough to continue to grow our fan base, and this allows us to keep going. As long as people keep enjoying what we do, and support us, it helps the band self sustain and gives us the means to do so.
Bled White is a powerful album. I just read a Jack Reacher book called The Affair with victims who were hung upside down on  a deer trestle and bled out. But it also seems to me it could be a metaphor for culture. So much stuff is devoid of blood and life to try and sell records. But not your art. Your albums are full of vitae. Very much alive and raging! What sparked your album title?
I love using things as metaphors in my music. This is no different. I made some major changes in my life of the past 3 years, and this a culmination of that. BLED WHITE is about being drained of life. Having nothing left to give, and ready to clear and move forward. That’s what the entire album is based on. It’s another personal journey in my darkest of times, and finally some happiness and forward momentum.
I love your production values. Huge and darkly melodic guitars that crush the world but soaring leads and growling but at times also melodic vocals done right! Yet still the band grows. Do you approach writing in a uniform way or is it always a challenge? 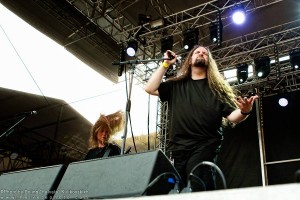 It’s always a challenge. Our goal is to never repeat ourselves from album to album, and so far, I feel we’ve always achieved that. It’s a process that takes times, and in the end it’s us who needs to be pleased with the end result. We have to be excited about what we’re doing, or no one else will be. It will show through in the music. We’re proud of this one. We put a lot into the process, and we hope people can hear that.
“The Memory Room” starts off with a somber and beautiful calm. Isnt it interesting how music or places can cling to our memories with such clarity and trasnport us like a time machine? I think music is the closest we have come to a time machine. I like the idea of the secret memory room in the mind. That can keep you going in hard times. It makes me think of the lesbian in jail in V for Vendetta who wont give up that last “inch” of herself, no matter how she is degraded.
Our minds are the only safe place We can find solace there, and it’s private. I also agree, music is a time machine. Many songs can transport me back to a different time, and stir up memories. It’s great thing! The Memory Room is just that. It’s a place in your mind to keep your memories. This song just happens to be about the good memories. It wasn’t until this past year that mine started to fill up. I didn’t have much to fill it with before.
[youtube]http://youtu.be/DJdwI7eEpAM[/youtube]
What gave you the idea to track the almost classical sounding, acoustic guitars of “Scorpius”? The interlude is a beautiful breath of oxygen amidst a rather opressive album (in a good way).
This was all Larry. He came in with this in the studio. No one had heard it before the day he tracked it. He said he had an intro idea for UNREST, and that was it. It’s reminiscent of older Novembers Doom, and done in a very organic way. I love the break in the action, followed by the punishing start to UNREST. It gives you a chance to breathe before we take you breathe away again.
“The Grand Circle” is so epic in that November’s Doom way that only you can do. Did you know that song was something special. I feel it can compete with the best of My Dying Bride for morose but inspiring and poetic metal. Do you really believe what goes around comes around?
Thank you for the kind words. I do believe in Karma. Life is a circle, and you’ll have to answer for your choices at some point. I chose to live to the best of my abilities, and move forward in a positive way, for my health, my mind, and the those in my life who I love. It’s about the quality of life. We all make mistake, and we all have regrets, but there’s always a way to fix them.
Love the intro to “The Brave Pawn”. Do you expect you might make a video or release that song as a single? At some point also do you look at someone who has fucked you over as mentally burdened or sick or do you hope for revenge of calamity upon them? This song sounds very angry at someone. It is also faster than most November’s Doom songs.
It’s about a general hate for the weak mind. I once thought a different way on many subjects and topics, and had much self loathing over the years. This is from the song “The Brave Pawn” and it’s purposely written in a way where people can draw connections to it, and make the lyrics about who or whatever they want it to be. For me, it’s something different. At one time, everyone is a pawn. It’s how you handle the situation. That helps define you as a person.
What is your collective dream for the band, at this point?
I’d love to be able to be self sufficient and live from the bands earnings. This is never going to happen for us, so we just enjoy the success we have, and keep creating music we enjoy. We’re just lucky enough to have a fan base that allows us to keep doing what we love to do. Where it would be great to earn from this, as long as the band self sustains, we’re good to move forward! 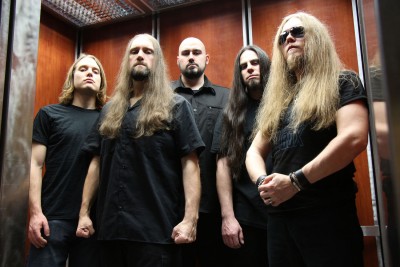 Who came up with that insane intro to “Animus”? I love the shifting rhythms and how everything layers over one another to create this masterful start to the song before the very heavy verse starts. Was it written as a whole band?
Honestly, I think this was Vito’s idea for the intro. This might be one of his songs, but it’s always hard for me to say, as nothing remains exactly how it was brought in, so it all blurs for me. That’s a better question for the other guys, but I can say, the entire band has arrangement and song structure ideas. We dismiss most of Mike Feldman’s, because lets be honest, who listens to the bass player? So, his ideas get tossed aside like yesterdays trash, and then we get a good song out of it!
How do you hope the album is received or does that not matter compared to making the music for yourselves?
That’s a good question. We write and record music we love. We need to be the people happy with the end result first and foremost. It’s hard to not take a negative review personally. After putting years of work into something, you want everyone to love it as much as you do. Some people will like it, some won’t. You can’t please everyone, no matter how hard you try. We hope it’s received well, and that most enjoy it. I think we’re on the right path for that to happen.