Jeff Tuttle of The Dillinger Escape Plan recently kicked off another manic musical project, Old Gods. The DEP co-guitarist and a few good friends from Detroit (Randall Kupfer, Derek Swanson and Tony Wolski) have released a zinger of an EP that slips you a mickey and will have you waking up somewhere strange feeling like “Loose Nut” Black Flag meets The Outer Limits.

This is good, spastic, antagonizing and dirty shit. Explosive, mostly short songs with lots of groove even though the riffs are jagged. The band just seems really locked in. Strychnine poisoning, duct tape and snuff reels. Yeah, let’s go!!!

To read an interview with Jeff about Old Gods formation and plans click HERE.

Morgan Y. Evans: Hi Jeff. How are you today? I love the Old Gods debut EP. It has this ragged, unhinged quality that reminds me of Black Flag mixed with weird sounds and textures. I love when a band has that sort of “teamwork” vibe where everyone sounds like they are trying hard to create one monster of a sound or die in the process! Old Gods is a great band name. It reminds me of 1.) H.P. Lovecraft 2.) Aging 70’s porn stars who can still teach the youngsters a trick or two or 3.) Outdated philosophy or modes we still culturally cling to to make us feel safe even though it is the 21st Century. So that’s a wide interpretive net! I guess, what went into the forming of this band and the name? I know you had been friends with the guys for awhile, right Jeff?

Jeff Tuttle (Vocals): Yeah, we’ve known each other for a while. We got together to do this band because we love making music. That’s what forming a band should be all about. The name was just one of many that we threw in the hat. I like the list of things that our name reminds you of and I wish I could say that’s what we had in mind when we came up with it, but that’s not the case. However, I will say that monikers have a way of morphing the individuals they have labeled.

MYE: As a front man, how does it feel on stage without the weight of a guitar? I am usually a singer and dicked around on bass in a Misfits tribute band once and have to say I really prefer not being limited in movement by an instrument, not that anyone in Dillinger has ever had a problem standing still! But yeah, what has been fun about fronting Old Gods for you?

JT: Singers are called “front men” for a reason. Singers get a majority of the spotlight and, as a performer, I always crave that attention. I’m a guitarist by nature, but having a chance to put the guitar down has been a different type of challenge. I don’t want to be a typical hardcore/punk singer. The challenge has been finding ways to separate myself from others in a position that has been done millions of times over. 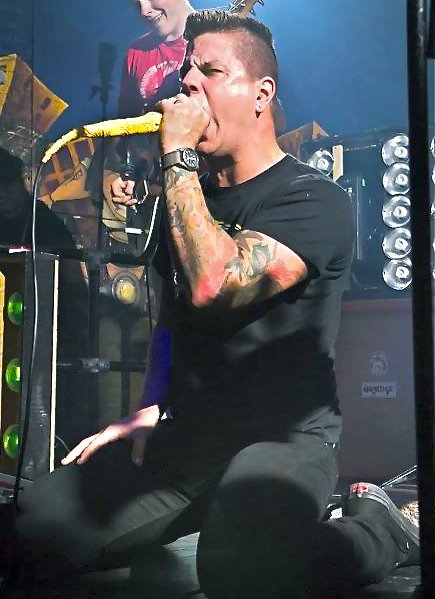 MYE: How much of a role does confrontation play in the music of Old Gods? I mean, did you kind of say ahead of time ,”Let’s write this crazy intro for “Flower Of Flesh and Blood” that is like a bad acid trip (in a good way) with the Stooges and then get really heavy” or did you kind of write and let the good vibes unfurl themselves naturally? I guess, how much premeditation was involved?

JT: The EP was very much a product of spontaneity. We got in a room, cranked out some riffs and molded them into songs. The only thing we knew was that we wanted the music to be aggressive. With our next record there will be much more premeditation. We are approaching the writing and album structure like a film script. We hope the outcome will result in a collection of songs that peak and valley in all the right places. 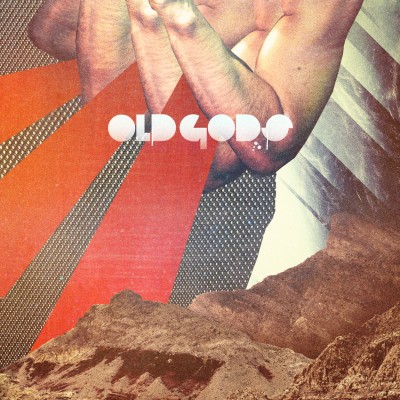 MYE: Old Gods is tied to Detroit and I wanted to know if you could talk a bit about that city and how it colored the project in anyway or discuss the evolution of the underground music scene there, from what your experience? You’ve played in a number of bands and I wondered how you first got inspired by “the scene”?

JT: I started going to shows in the mid-90’s and at that time Detroit had a great hardcore and punk scene. Growing up in a very small suburban city didn’t exactly provide an environment of like-minded individuals, but in retrospect, this is a good thing. It taught me to look past the boundaries of my town and get out the shows going on downtown and then Chicago and then out to New York and so on and so on.

MYE: How often do you plan on releasing or gigging with Old Gods considering you are a busy guy? It’d be cool if this project kept going and got some legs. Do you really watch lots of “Snuff Reels”?

JT: Old Gods is not a side project. It is very much a band that will play as much as possible and release music as frequently as it can. We have several shows coming in Dec. and Jan. (including a record release show for a Black Flag tribute 7 inch we contributed to) and we’re working on a full-length record. And I wouldn’t say I watch a lot of Snuff Reels, but the film from which that song takes its name has definitely been difficult to forget.

MYE: On a side note, on “Option Paralysis” your other band The Dillinger Escape Plan addressed the topic of cultural stagnation and technology replacing or dulling down real experience. I was thinking about how growing up in the punk scene people used to go to more shows or be more engaged. It has been really refreshing for me to see Occupy Wall Street show a lot of “engaged youth” either using technology to spread a message with depth or actually get out and be active for what they believe. Just wondering your personal thoughts on this matter. Also was wondering how the recent shows with Mastodon you did went?

JT: The Mastodon tour was amazing. We’re all dudes who came from the same scene, but have risen beyond its limitations. Musically we’re different, but we share the same positive mentality and love getting to do what we do every night.

I can’t really say that I have an opinion about the occupy movement. Whether it’s my blissful ignorance or the media doing a great job of not publicizing their actions, the result is that I’m unclear as to what they stand for. I’m not really a political guy. I make music and that is my concern.

MYE: Have you had to embrace vocal remedies as a result of your new penchant for screaming? I recommend a nice Earl Gray with honey and lemon or just mix cayenne with Jack Daniels! Or does it not matter if you lose your voice in Old Gods?

JT: I’ve been screaming in bands for years. You get used to it.

MYE: Lastly, what were some of your favorite things about 2011 in music or your life and travels and what are you looking forward to about the coming Mayan Universal purge in 2012?

JT: If film has taught me anything it’s that the Mayan Universal Purge will be a rollercoaster ride of adventure. However, when it fails to happen I look forward to the next crackpot theory.