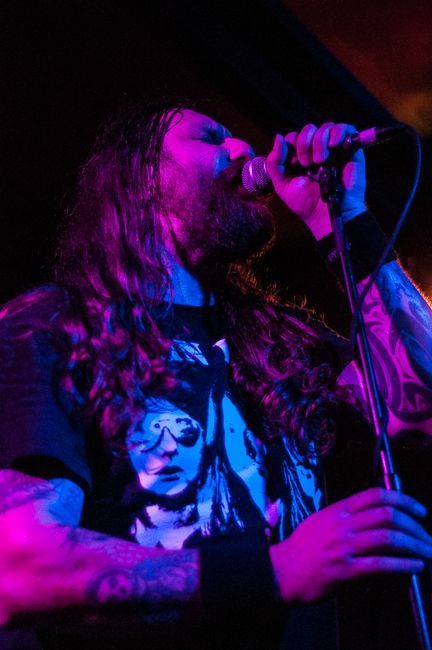 Music is an art form and it should be enjoyed and used as a pressure valve by those that create it. – Ben

Orange Goblin are Back From The Abyss with a space faring new record of star sailing and stage clobbering anthems for rockers, lovers and voyagers. Click Here for an interview with Ben and a look at the “Sabbath Hex” music video.

How are you preparing for your European tour with Saint Vitus?

We’re busy at the moment doing a load of press and promotion for the new album. It’s the usual stuff like making videos, rehearsing, photo-shoots, interviews and that kind of thing. We’re really excited to get back out on the road, especially with a band like Saint Vitus who have been heroes and friends of ours for such a long time. We need to make sure we’re on the top of our game as Vitus put on such a killer show every night.

How did the band make such a great new record hot on the heels of your most successful yet?

Thanks for saying so! It just came naturally really. We started writing in January knowing that we had to record in April and May so the pressure was on. Joe wrote the bulk of this material and he really worked had on this record. As always, Chris and Martyn chipped in with their ideas and it all seemed to fall together really well. The songs are just a natural progression from ‘A Eulogy For The Damned’ but I think this album is a bit ‘harder’. I think you can tell we spent the majority of last year on tour with bands such as Down and Clutch!

“Ubermensch” is one of the best tunes on here. Some dudes act macho but can’t really carry themselves like a man. Hitler is a good loser example. How was he in charge of any master race? He had shellshock from pre-Ww1 that was covered up by the nazis and was batshit crazy with one testicle! Any advice on how people can really man up and face the day?

Well, I’d rather not discuss Hitler and don’t really see how he has any relevance to the interview but the song title came about form a comic book about an army of indestructible soldiers. That gave me the idea to write the lyrics about being a better man. To me the reality about being a man is providing for your loved ones, protecting your family and just standing up for what is right. A real man doesn’t run away from his problems, he tackles them head on and becomes stronger for it.

Prefer “the devil’s whip” fast motorhead or the spacey or classic rock/stonery shit like “Heavy Lies The Crown”?

We like both, obviously! We have never been afraid to mix our influences and I think that’s an important part of creating the Orange Goblin sound. You know that when you buy an Orange Goblin album you are going to get a good mixture of metal, doom, hard rock, punk, blues etc etc. it’s just a big mixing bowl of our different tastes.

Orange Goblin is just straight up good rock music. No one could listen to “Titan” and not think the guitars were awesome, unless they were deaf and dumb! Do you think people try and be too complicated some times and forget the basics of what makes a good tune?

I don’t know really. We just do what comes naturally and if it sounds good it gets used. I suppose some bands try to over complicate things but I find that the best things are usually the first things that you come up with. Joe is a very talented guitar player and sometimes we have to try to reel hi in so that he doesn’t overdo stuff in the studio. He loves to layer on the guitars but occasionally it just sounds better if it’s simple so we manage to strike a good balance. 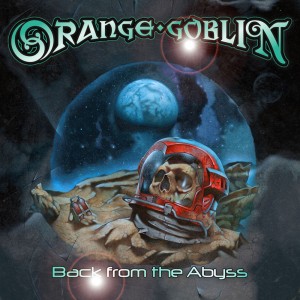 “demon blues” and “the abyss” in particular seriously jam. the solo in the abyss is so killer.how many passes did it take? also, where did you record this baby and under what conditions?

Well you would need to ask Joe about the guitar parts and the solos etc but we recorded the record at the same studio as the last album, The Animal Farm in London. We had such a good experience doing the previous album that we didn’t need to change. We also worked with the same producer, Jamie Dodd. He does such an great job for us and it’s as though he’s almost become like the fifth member of the band now. He understands exactly what we are trying to achieve and he has the patience of a saint!

Ben , it really seems like you got personal on the lyrics in this one. It’s like inspiring mini-mottos through the album for living a rockin’ life. That has always been a presence, but it feels like it was maybe more this time. Were you guys worried about coming up with a high pressure follow up to Eulogy, since it got so much attention? It sounds like you just went in and were yourselves, but of course the Goblin always deliver!

Well, we did just go in and do our thing and that’s why it sounds so natural. Lyrically, I always try to have some fun. I certainly don’t take myself too seriously when I write and I use my mind as a means to escape the shitty, real world. It’s nice to try and come up with some uplifting, inspiring stuff and it’s also good to draw on movies or books that have inspired me or moved me in some way. Music is an art form and it should be enjoyed and used as a pressure valve by those that create it. There was no pressure to follow Eulogy, we knew that we’d either succeed or fail but we had a lot of fun creating the music that we all love. 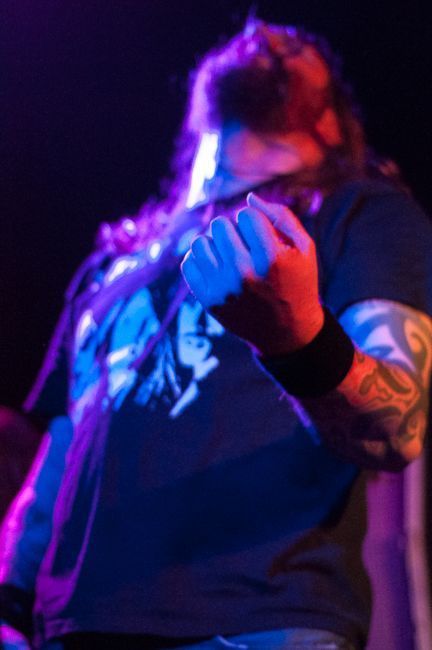 Is “Bloodzilla” going to fight the sea beasts from Eulogy or what?

That would make a great movie!

Is the Shadow over Innsmouth your favorite Lovecraft tale? Also, how did it feel to have the great re-issue of Healing Through Fire come about? that album is one of the most special Goblin releases. “Hot Knives and Open Sores” is the most amazing song title.

It was nice to see Healing re-issued as that album had been out of print for a few years and it’s still one of my favourites. We still play quite a bit of that material when we play live so it’s good that the fans can now pick up this new version.

I have so many favourite Lovecraft stories but ‘The Shadow Over Innsmouth’ just seemed to suit the riffs of that song. Obviously as it’s an instrumental I didn’t have to worry about lyrics but the title just seems to fit the mood of the song and the tale about a town that harbours a dark secret was just a perfect fit. Cheers! 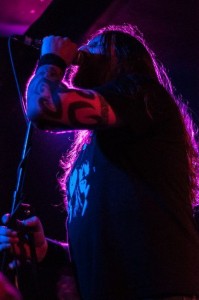